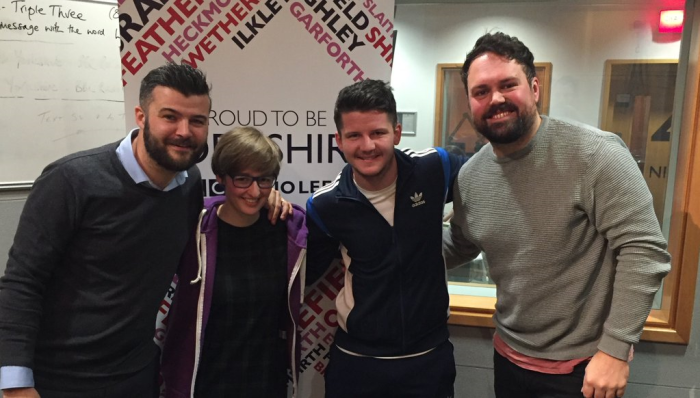 Here at Width of a Post, we are immensely proud to showcase the blossoming talent of Katie Whyatt – and we’re delighted to announce that she has been shortlisted for the Daily Telegraph Student Sportswriter of the Year.

Katie is one of just 11 people shortlisted for this year’s award, which is in memory of the former sports editor of The Daily Telegraph, David Welch. Students across the country were asked to submit three 600-word pieces – a match report, an opinion piece or interview and a sporting top ten. Katie’s pieces were a report from Bradford City’s 2-1 August loss to Gillingham, an interview with James Hanson’s father Michael on what a giant-killing means to a player’s parent, and the ten biggest sporting scandals since 2000.

Katie has been writing for WOAP since February 2013, and in that time has produced a number of hugely popular pieces. She has become increasingly involved in running the site and was made deputy editor of the site in August 2014, and promoted to co-editor in January of this year. Katie has also written for other organisations like Yorkshire TV and the City Gent, plus was recently invited to appear on BBC Radio Leeds. She has developed a strong reputation within the Bradford City community, and it’s good to see this growing elsewhere too.

I am very lucky that we have Katie writing for us, and her talents will no doubt ultimately take her way beyond writing for this site.

The top three student sportswriters – to be announced in the near future – will be invited to attend The SJA British Sports Journalism Awards in London. The three finalists will be decided by a panel of five judges from the industry and the sporting world.

The winner will be acknowledged in The Daily Telegraph and have one of their submissions published on The Telegraph website. They will also be offered a week’s unpaid work experience, culminating in the opportunity to attend a sports event to write their own report, accompanied by one of the newspaper’s journalists.