2012/13 season preview pt 3: The hardest and tightest of League Twos 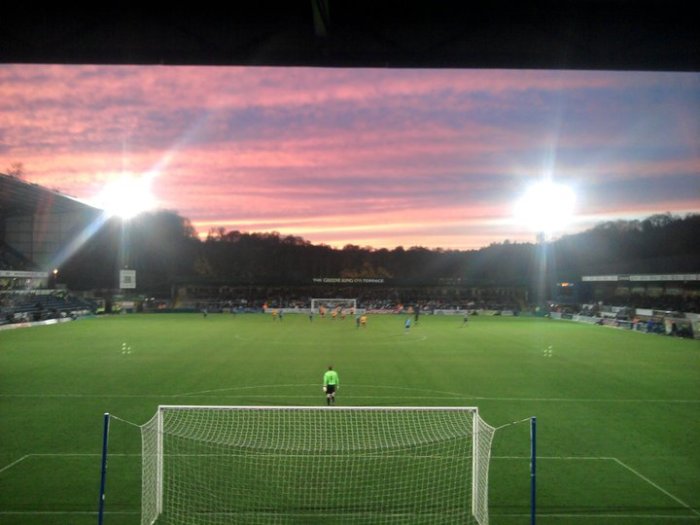 Last season saw Swindon Town romp away with the League Two title, the Paolo Di Canio effect definitely worked wonders at the County Ground. The Swindon board took a gamble on Di Canio, going in a different direction as opposed to the merry-go-rounds of managers that always get jobs. However, unlike last season where the glitz and glamour of the Di Canio factor suggested that Swindon would be a stand out contender, I don’t see the same in the division this time around.

I personally believe that this could be the hardest and tightest League Two since City dropped into the basement division. The teams coming up will be strong – certainly Fleetwood Town – and the four teams that got relegated from League One will all be expecting to be in contention come the final reckonings in May.

All summer long the bookies have had Rotherham United and Fleetwood Town down as the two favourites for promotion. Maybe they will, but I would hazard a guess that is based purely on money that both clubs seemingly have. The Cod Army have been backed well by their chairman, but have lost their star striker Jamie Vardy to Championship side Leicester City for one million pounds. However, they have recruited quite well throughout the squad. Upfront the likes of ‘the beast’ Jon Parkin has arrived from League One Preston North End, along with former Colchester and Peterborough strikers Steven Gillespie and David Ball – I certainly think the Fleetwood attack possesses goals. In midfield, the tigerish Damien Johnson has signed from Plymouth, having spent the last two seasons on loan at Huddersfield. Overall, I think they’ll be in the mix come May.

As for fellow favourites Rotherham, they are back in Rotherham at the newly built New York Stadium and they will be hoping the new stadium will bring success to them. With Steve Evans in his first full season in charge, he will be looking to repeat his success that he had at Crawley. The fixtures between us and Rotherham usually have added spice with it being a local derby, but this year with Evans in charge and following on from the infamous brawl last season the fixture in September will certainly be a fiery encounter.

Whilst The Millers have strengthened significantly in numbers over the summer; I’m not totally convinced by the signings. I don’t see them have a 20+ striker on the books currently the likes of Revell, Evans, Odejayi and Nardiello have never been overly prolific, and I can’t see that changing this season. What Rotherham will be is hard to beat: a solid defence, with the returning Ian Sharps more than likely skipper them.

From the sides that got relegated from League One, I would expect at least three of them to be doing well this time around. Chesterfield last time in League Two won the title and were by far the best side, however this time around they don’t have the goals of Craig Davies to count on. Wycombe, who always pose a threat in this division, are back and will be desperate to keep hold of star striker Stuart Beavon; with the hope he can get the goals to take The Chairboys back up at the first attempt.

Rochdale, under one time managerial target of Bradford John Coleman, will be hoping it doesn’t take them as long as it did last time when in the basement division to get promoted. Personally I think it could be tricky for Rochdale, even more so since they lost their inspirational skipper and leader Gary Jones to us at Valley Parade, he certainly leaves a big hole in the ‘Dale midfield. In my opinion the weakest team out of the four that came down is Exeter, having over-achieved whilst being in League One. I think they could struggle to repeat there success of last time in League Two.

Like Fleetwood, fellow newly promoted side York City will be hoping to try and emulate the likes of Crawley and get back to back promotions; chances are though it will be Fleetwood that fair better. Personally I think the best York can hope for is mid-table, and that should be viewed as a successful first season back in the Football League.

Two sides that struggled last season are Bristol Rovers and Northampton, who will be hoping to be doing a lot better this time around. Just like at Valley Parade, where Parky have built a new squad hopefully capable of achieving promotion in his first full season, the same can be said for Aidy Boothroyd and Mark McGhee. They both came in to take over struggling sides during the course of last season, and have overhauled the squads for the coming campaign. Both sides could well be in the mix come May.

Last season’s beaten play-off finalists Cheltenham will be looking to go one better this time around. The signing of Shaun Harrad on a season long loan for Bury could prove to be a very shrewd move. If Harrad can produce the goals he got for Burton a couple of seasons back then he’ll be chasing down the top scorers award come the end of the season. The likes of Oxford, Southend and Gillingham should expect to be in the mix; Southend with Freddy Eastwood back on a permanent deal could be vital to their success, if he can put the ball in the back of the net on a regular basis.

Torquay, who lost in the play-offs last season, will be striving to go one better this time. But having lost their star midfielder Eunan O’Kane to Bournemouth and keeper Robert Olejnik to Peterborough, I can’t see them matching last season’s successes.

Another side that will be hoping to do well, but could be floored by off the field financial struggles, are Port Vale. They generally do well, but whether last season and this summer’s financial problems undermine what Mickey Adams is trying to do a Vale Park, time will tell.

One club that expecting to pull away from any relegation fears this season is Plymouth Argyle. They did outstandingly well just to stay up last season, but I think a better season could be on the cards for the Devon club. At least a mid table finish for Plymouth is more than realistic.

Towards the bottom of half of the table I would predict AFC Wimbledon, Aldershot and Dagenham will be placed; who all on their day can be strong, but consistently over the course of the season I don’t think will be strong enough.

At the foot of the table, I would expect to see Barnet, Accrington, Burton Albion and Morecambe. Barnet especially will find things tough, as without the goals of Izale McLeod the pressure is really going to be on them to retain their league status. All four teams, in my opinion, face a season of struggle.

Like Loading...
‹ A Trialist impresses amongst A N Other and F Orgettable
2012/13 season preview pt 4: Finding an exit strategy ›