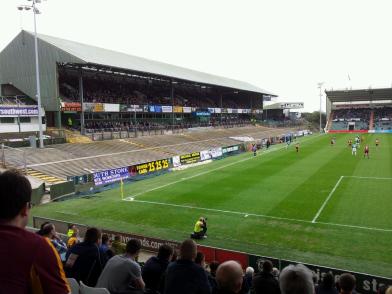 A football season has several crunch points, a good start is imperative, being in the hunt at Christmas is a must and being able to put a run together whilst the legs of other teams are tiring is a key to success.

It is as the days grow shorter that we find ourselves hurtling towards the second of these, entering a period which Phil Parkinson has outlined as a decisive one. The uninspiring defeat against Exeter must be proved to be a blip on an otherwise impressive recent home record, and on Tuesday evening, under the floodlights, this City side has a chance to prove its mettle.

There are certainly mitigating circumstances for Saturday; injuries have come thick and fast, being much more severe than any of us could have foreseen. Alex Scott wrote on this site that Parkinson took a gamble on using his budget to pay for a smaller squad with more talent, rather than dilute that by getting some more bodies in to cover exactly this sort of situation. While I agree with his sentiment that this was the right decision, we now find ourselves at a point where, although it has not backfired completely, is in danger of stuttering.

Dipping into the loan market was the right thing to do and we should reserve judgement on Tom Naylor until we have seen him some more, but by all accounts Craig Forsyth has been the same as many loan arrivals at VP – disappointingly anonymous.

However, this is crunch time and if we are to be as successful as we all believe we can be, then we must learn to deal with our situation. Yes, we have had some injuries, but the likes of Nahki Wells, James Hanson, Gary Jones, Nathan Doyle and Will Atkinson (who would have thought you’d include him in an influential players list during the summer?) must step up and lead by example; showing the rest of the side, loan or permanent, the level of performance this side demands.

There will be few better chances to do this than against a Plymouth side missing former Birmingham bruiser Darren Purse, who was sent off during a 3-0 beating from Fleetwood on Saturday. Argyle are without a win in five now and City will look to exploit the poor marking bemoaned by Carl Fletcher at the weekend, meaning set pieces may hold the key to success.

For City, James Meredith may return at left back, Matt Duke is likely to continue his turn as league keeper (a good idea in front of an unsettled back four in my opinion) and Wells and Hanson will be partnered upfront. There seems to be a little uncertainty as to whether Parkinson will opt for a diamond midfield or continue to use Forsyth and Atkinson on the wings; but if attacking an Argyle side who will be lacking in confidence seems to be a sound idea, then perhaps giving Alan Connell another go in the hole behind the front two might be worth a shot.

One thing is for certain, with our small squad we may not want to rely on a late season surge – so this is a crunch point we will need to make a success of.