Home › Previews › Looking for routine from a routine-looking home fixture

Looking for routine from a routine-looking home fixture 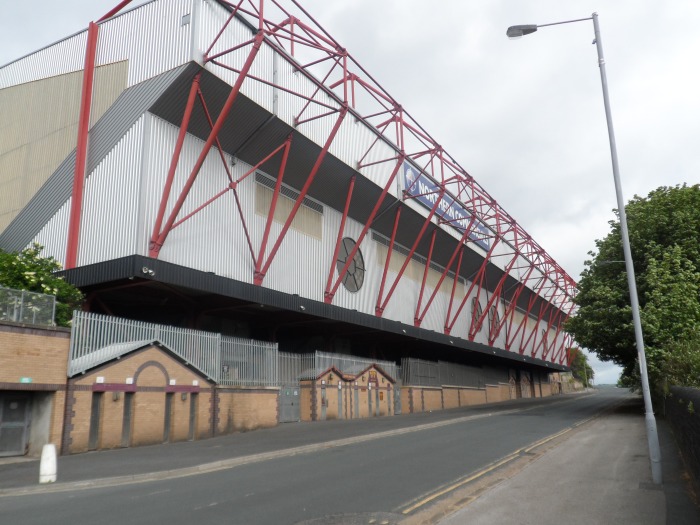 The feel-good factor continues at Bradford City. The 4-0 thumping of one of the promotion favourites Brentford, joint second top scorers of the division and one of only three sides with a 100% home record. An ever-growing confident City welcome Colchester United to Valley Parade on Saturday hoping to continue the rich vein of goalscoring form. Three home games, three wins, 10 goals scored and none conceded – it’s a start to be proud of and, if the Brentford game is anything to go by, we should expect another three points and a glutton of goals.

Colchester United are a very familiar side to Phil Parkinson; they were the first club he managed after his 18-year playing career ended at Reading in 2003. After steering the club to safety soon after his arrival, the 2004/05 season was more positive with good runs in both the FA Cup and LDV competitions. It was in the 2005/06 campaign though that Parkinson starting to really make his name as manager when the Us achieved the unexpected – a 2nd place finish, and promotion to the Championship. This with a team having the lowest average attendance of the division.

Despite the promotion, Parkinson resigned in June 2006 with a year left to run on his contract and joined Hull City, following the departure of another future City manager, Peter Taylor. The rest, as they say, is history; but I imagine the City boss will be reminded of the fond memories of his early management days when the game comes on Saturday.

Colchester United are enjoying their sixth consecutive season in League One after narrowly avoiding relegation last season, finishing just 20th. The Essex-based club have had a steady start to the season, obtaining eight points from the opening six games, albeit with a poor goal difference of minus one. The U’s away form is also indifferent so far; one win, one draw and a loss, in their most recent fixture, a 2-0 to Coventry. Manager Joe Dunne will be celebrating his first anniversary in charge of the club at the end of the month and, after last week’s defeat, will be desperate to make his side put up a decent fight against City.

After the Brentford win it is difficult to see Parkinson make any changes for the Bantams. With Garry Thompson scoring and Kyel Reid providing an assist, the two wingers are likely to keep their places in spite of continued competition from Rafa De Vita and Mark Yeates respectively. Perhaps the only area for a tweak is in central defence. Most fans were surprised at Luke Oliver’s inclusion on Saturday after such a lengthy injury and Rory McArdle’s return from international duty with Northern Ireland could subject Oliver to the bench. Even though Oliver gave a good performance, he must surely be protected as he rebuilds his fitness.

Colchester have a team with some familiar faces of Premier League experience, notably Freddie Sears, Clinton Morrison and Arsenal youth academy product Sanchez Watt. The experienced Jabo Ibehre will be eager to improve on a poor record of only eight goals last season for the U’s. For Saturday’s game Colchester are also suffering from a slight injury crisis, with doubts to a number of the team including Watt, Sears, former Bantam loanee Ryan Dickson and Gavin Massey.

Colchester United are probably a team most are not familiar with but they do have an interesting Yorkshire connection. Unexpectedly, they famously beat Don Revie’s Leeds United 3–2 in the 5th round of the FA Cup in 1971. Against another Yorkshire side in City we shouldn’t expect another shock – all being well, it should prove to be another routine three points for the Bantams.

Like Loading...
‹ Looking back on the 1998/99 promotion season
The future is bright. The future is Claret and Amber? ›