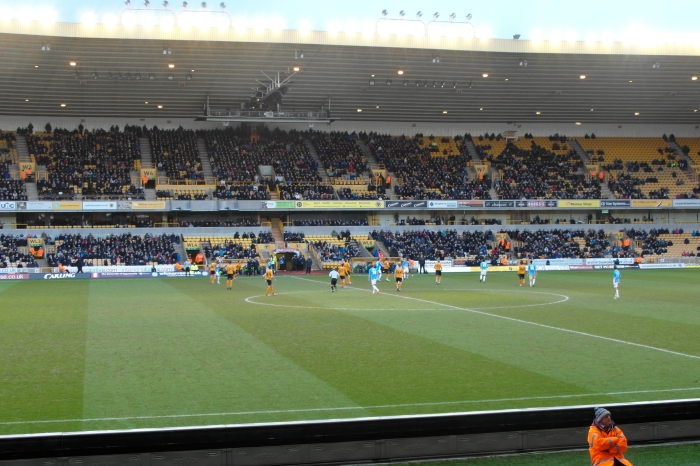 Yesterday, I watched a video from Glastonbury 2009. With a hazy sun setting in on a picturesque festival scene, a flag caught my eye. On one pole, two flags, one bearing the image of the Bradford Bulls, the other the Yorkshire white rose, flew proudly near the front of the Pyramid Stage. At the world’s most recognised festival, I felt it was symbolic that the Bulls flag flew in sync with the Yorkshire rose. At times in the early millennium, it could be argued that the Bulls were the pride of Yorkshire. The county’s most successful son; the Bulls’ dominated rugby league in this country, winning countless Super League titles, Challenge Cups and World Club Championships.

With their previous success in mind then, it’s horrible to see the Bulls’ current demise. Two administrations in as many years, the collapse of a new takeover; it is genuinely sad to see the Bulls great name and history take the pounding it currently it is. What’s worse is we can relate to our compatriots over at Odsal. We know exactly how their loyal supporters are feeling right now. Anxiety, uneasiness, nausea…panic! The Bulls supporters have already lost so much and yet potentially could lose more. Panic has set in. Panic is the feeling…

It is my opinion that panic had unnecessarily been setting in at Valley Parade. The defeat to Carlisle seemed a tipping point for some fans, with the comparisons to the 2006/07 season resurfacing along with the questions regarding Phil Parkinson’s future. I’d be lying if I said I wasn’t concerned, but I feel the lack of form clouded people’s judgement and caused wildly unthinking behaviour. I wasn’t there in Cumbria to witness the recent defeat that proved a tipping point for many people; however, I have seen enough to know not to compare this side to previous City editions.

I admit that things were not great since October, but one has to take positives during negative times. As I have mentioned before, is the cup half full or half empty? For example, we were able to come from behind and rescue points on seven different occasions. That fight and determination are characteristics that haven’t been seen during previous managerial reigns. The most recent comeback against Crewe should have been enough for individuals to realise that fortunes were close to turning. It is easy to say with hindsight and six points in the bag, but the minority should have had more faith in this management set-up and the side they are building. I have been reluctant to harp on about last season’s exploits, but one year on from the League Cup miracle, we should know that this side is a little different from those we are used to watching.

I fear that things will get worse before they get better. I am even checking out which League Two grounds I might visit next year. We lack a match winner. (Comment on Width of a Post after 1-0 defeat to Carlisle)

Whilst we may have lost a match winner to Huddersfield, I really do feel Nahki Wells’ former partner is developing into his replacement. James Hanson’s form has been a beacon of consistency since the turn of the New Year and with 10 goals to his name this campaign; one would hope he could move past his previous season best of 15. I have talked about characteristics which this team exuberates compared to previous City sides. Hanson epitomises them all. Hard work rate, commitment, effort and now a developing awareness in front of goal. Yes, his goal against MK Dons was a tap-in, but look at his past four home games and you realise that Hanson is finding himself in areas to score goals.

Even with Stevenage’s tendency to change formations from game to game, one would expect Parkinson to stick to his favoured 4-4-2. However, as last week proved, there is flexibility in this squad to adapt if need be. If fit, Aaron McLean should partner Hanson up front whilst Adam Reach, Gary Jones and Nathan Doyle should all continue as the midfield foursome. Doyle has yet to hit the heights of his early season form; however there are signs of him getting back to his best. With Chris Atkinson having a solid home debut last weekend and the availability of Matt Dolan, competition for places in the heart of the midfield is heating up.

The same can be said for the right wing position. Who do you go for, Kyle Bennett or Garry Thompson? Bennett certainly looks a fantastic technical player, but he hasn’t attacked or penetrated defences in the same manner that say Reach has. Maybe that’s not his style. Maybe its not his role in the team. As discussed last week, Bennett may have been instructed by Parkinson to tuck inside. Either way a tough decision will be made as an argument can be made for Thompson, who looked a threat during his cameo last weekend.

Andrew Davies and Rory McArdle will continue at centre back with the latter looking far more assured in recent weeks. With three clean sheets together in four games, City’s shored-up defence is certainly a contributing factor to the recent upturn in results. Carl McHugh should keep his place at left back even with Matthew Bates returning to fitness, whilst Stephen Darby (I have run out of superlatives to throw at this man) continues on the other flank. Jon McLaughlan, who has made a string of good saves in this mini run, will continue in goal.