Let the left back battle commence! 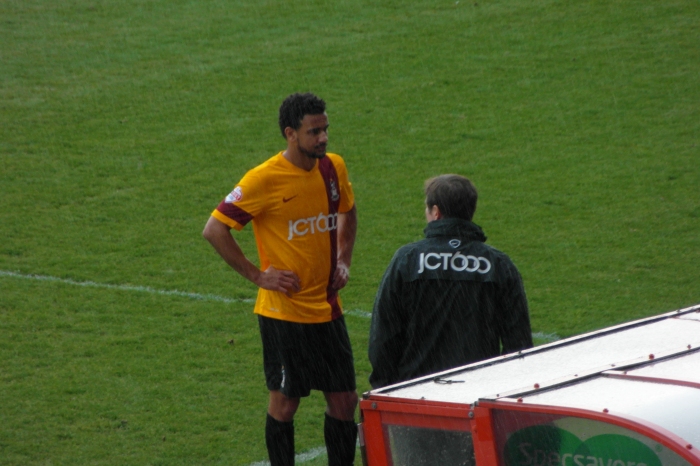 This afternoon, James Meredith has signed a new one contract with Bradford City after attending training this morning. In doing so he put an end to a bizarre summer of speculation regarding his future.

Having been in Australia on holiday, Meredith had left his agent in charge of sorting out his future and it became a long drawn out process. Unlike Gary Jones and Garry Thompson he was not “released” by City in the early stages of the summer break, and it became clear from the onset that – along with Steven Darby and Rory McArdle – Meredith was a player that City wanted to keep.

However, whereas Darby and McArdle committed themselves to the club relatively swiftly, Meredith’s future continued to remain unresolved with no announcement either way for some time.

Eventually, news broke via sky sports that Meredith had turned down City’s offer of a new deal and was in fact attracting interest from Championship clubs. In turn, the Bantams’ signed fellow left back Alan Sheehan seemingly as a replacement for the Australian. Phil Parkinson revealed that he had told Meredith that, due to the shortage of left backs being available in the transfer market, he couldn’t wait all summer for a decision on his future.

However, time continued to pass and unlike what happened with Jones, Thompson and Nathan Doyle’s departures, there was no official announcement from the club that Meredith had gone. There was also no news of Meredith signing for a new club, unlike what had happened with Carl McHugh.

Last week there seemed to be a twist in proceedings as Simon Parker broke the news that City were still in contract with Meredith regarding discussions of him staying in West Yorkshire. This morning the rumours of him staying gathered pace – and indeed he signed a new one-year deal this afternoon.

There will be those that see the delay in the deal being agreed as a bad thing, and there are sure to be concerns that Meredith saw us as a last resort when that so-called Championship interest didn’t materialise.

However, with the player having been on the other side of the world for most of the summer, we can be unsure how much of a role his agent had to play in these negotiations of bluff and counter-bluff.

After being one of the standout performers in the 2012/13 promotion campaign, Meredith did struggle defensively at the start of last season – often being caught out of position and costing us a goal here and there.

However, he has also never had any real competition for his place during his two years at the club, with McHugh always looking more comfortable playing at centre back. Sheehan will definitely offer that competition, and the pair’s flexibility will also be key in what is likely to be a smaller squad next season.

Both are known to be able to play in a couple of other positions. Sheehan is adept at playing on the left side of a centre back pairing, and Meredith can cover in central midfield and on the left wing.

What is clear is that on his day, Meredith is a quality lower league left back, but on the other hand so too is Sheehan and there is bound to be a some fierce competition between the pair for a place in the starting XI next season. This ultimately can only be a good thing for Bradford City.