This was a very early statement of intent from Phil Parkinson. In the midst of a growing clamour to change the playing style for next season, at Nethermoor the Bradford City manager trialled a diamond 4-4-2 formation that will please the purists. A slow but considered passing style was the result of the new approach; with the tempo deliberately quickened in the final third. This was an evolution to the way the Bantams ended last season – and a huge contrast to the high tempo strategy of a year ago.

Guiseley were game opponents but limited in their resistance, making it difficult to draw any conclusions beyond guarded encouragement about the effectiveness of this new approach. But it has quickly become apparent that Parkinson already possesses the types of players that will make this formation work – in fact, you could argue he has an embarrassment of riches in his available options.

Take the holding midfield role that is so pivotal to the diamond’s success. Matty Dolan and Gary Liddle were awarded 45 minutes each in this position and both excelled. The better days of Dolan’s loan spell at Valley Parade last season came when he was instructed to protect the back four, at Leyton Orient and Rotherham. And during the first half today, the young midfielder was hugely influential in either winning the ball or receiving it from the defence, and then setting up attacks. Liddle is more of a box-to-box midfielder than Dolan and might struggle to maintain the same positional discipline, but he is an excellent tackler and on first impressions looks an inspired signing.

The first half City team featured Jason Kennedy and youngster Sam Wright as the two widemen of the diamond, and both did well. Kennedy looked as though he had finally found his relevance in a Bradford City shirt and set up two of his side’s three first-half goals. Wright lacks stature but was comfortable on the ball, catching the eye with some probing passes.

Trialist Angelo Balenta – released by QPR during the summer – was asked to play the attacking midfield/deep lying striker role and impressed. Having made his name as a winger, it was surprising to see the Columbian playing in the hole; but much of what was good about City during the first 45 minutes involved him. Balenta was undoubtedly the most notable trialist of the six players who were awarded an opportunity.

The first half diamond four helped the Bantams to quickly race into an unassailable lead. First Lewis Clarkson clinically half-volleyed a Kennedy cross home from close range, before Matty Dolan arrowed a free kick around the wall and into the bottom corner. Clarkson made it 3-0 following another Kennedy knock-down. Balenta’s crossfield ball into Kennedy’s path, during the build-up, was arguably the pass of the match.

It was a good afternoon for the young striker Clarkson, who was unable to make any first team impact last season due to a serious injury. Clarkson should have added a couple more goals, however, after spurning two excellent one-on-one opportunities either side of his opener. His movement and off-the-ball running was noteworthy, and he linked up well with the ever-fantastic James Hanson. It will be interesting to see if Clarkson can make an impact over the coming season.

After 11 changes were made at the interval, the revised diamond four was made up of Liddle in front of the back four, Billy Knott in the hole, and Mark Yeates and Rafa De Vita as wide players. It quickly became apparent why the signing of Knott is considered such a coup, as the former Sunderland man made a strong first impression.

Knott’s intelligence and confidence were the most striking, as he attempted all manner of tricks and clever passing that easily out-witted Guiseley. His best moment was a mesmerising dribble from deep and audacious chip attempt that the home keeper scrambled back to tip over the bar. In this formation, Knott should be a huge hit this season. That said, on this evidence there are question marks about how well he would fit in with a more conventional 4-4-2, similar to the questions that Yeates was unable to answer last season. 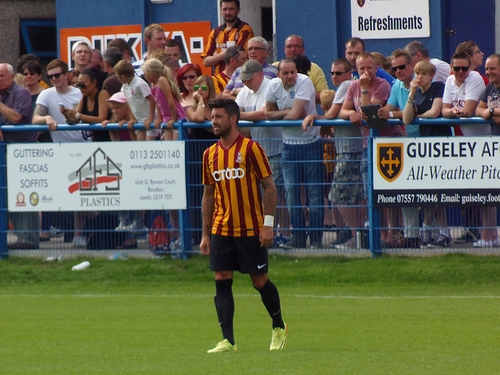 The other two permanent signings making their debuts – Alan Sheehan and Billy Clarke – also performed well. Sheehan is expected to begin the season in the side ahead of James Meredith, and brings a similar attack-minded style of play. Clarke played up front alongside trialist Callum Ball, yet most of his best work came outside the box as he dropped deep or out wide. This is why Parkinson seemingly has an embarrassment of riches to make a diamond formation work – even if Balanta doesn’t sign, Clarke looks ideally suited to compete with Knott to play in the ‘hole’ position.

Although there were no further goals in the second half, there were numerous opportunities to have at least matched City previous two pre-season visits to Guiseley, where they rattled in four goals. Clarke was played clean through on goal by De Vita, but saw his low shot scrambled off the line by a defender. Sheehan cut inside and fired a low effort that flew just past the post. After excellent work out wide, Clarke delivered a superb cross to Ball; but the former Derby striker could only head the ball onto the crossbar when he should have scored.

Ball became a second half talking point, but not in a good way. He has a sizeable frame, but lacks any real presence. There was very little pace on display, and very few effective touches. When late on he chased a 50-50 ball but couldn’t keep up with the defender, Ball could only resort to lamely grabbing their shirt. Sadly for his career, its next chapter will not be written at Valley Parade.

Of the other trialists, goalkeer Ben Alnwick (ex-Sunderland and Tottenham) didn’t have enough to do to form a judgement, whilst defenders Richard Bryan (ex-Aston Villa) and Nick Arnold (ex-Reading) looked reasonable. De Vita was nowhere near matching the impact he made in this fixture a year ago; but the door will surely remain open for him for the moment, and he will be on the plane to Ireland. Certainly De Vita’s best hope is that Parkinson was satisfied enough with the diamond formation to continue its development over pre-season.

Although two wingers are said to still be on the shopping list (loanees from Premier League or Championship clubs), these players are unlikely to arrive until just before the start of the season. In the meantime, Parkinson is building a way of winning matches without a reliance on touchline-hogging wide players. It is certainly different to before, but the greater time that the ball spent on the floor today would suggest it is an approach that can satisfy his public’s expectations. 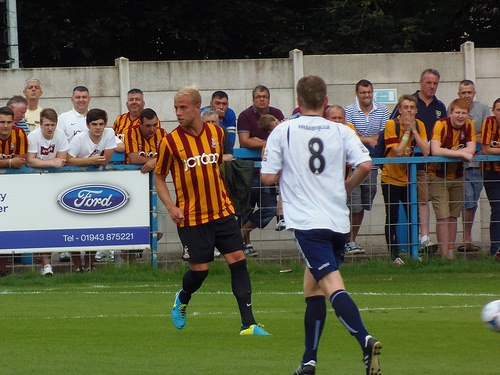 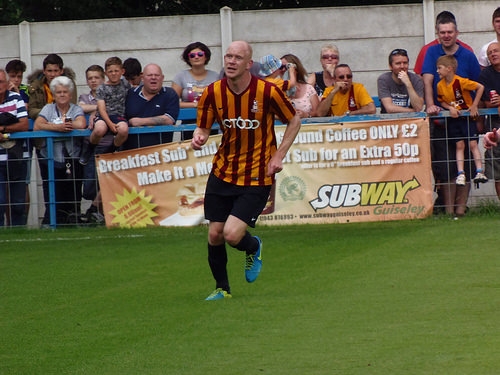