Home › Match Reviews › Away day joy as the transformation continues

Away day joy as the transformation continues 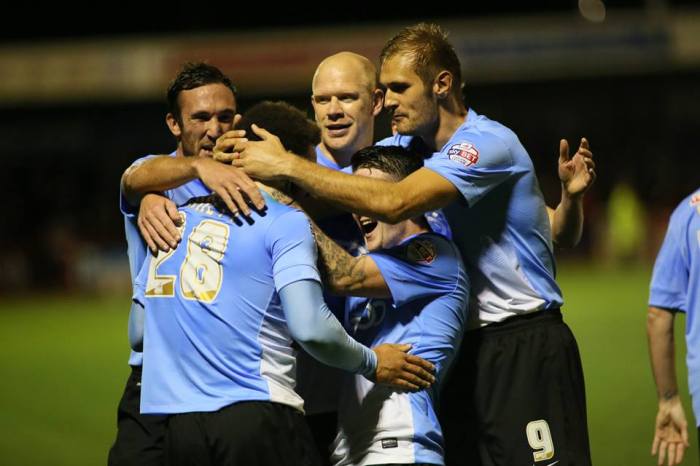 “We’re Bradford City – we’re passing the ball”. A sarcastic chant from the City faithful last night but oh so true and a pleasure to watch. It’s not quite Barcelona or Arsenal, but to see City transforming into a composed, solid passing unit with new-found confidence is a pleasure to watch. We are changing – it’s not League Two players in League One, it’s League One and, dare I say, Championship-level players, playing in League One.

On a cool summer evening in Crawley, the Bantams sparkled with a superb second half performance giving a deserved away win and continuing the unbeaten start to the season. Both teams came into the game without loss – City with a win and draw and Crawley with a 100% record. City made a number of changes, with Alan Sheehan, Filipe Morais and Aaron Mclean in for James Meredith, Mark Yeates and Mason Bennett respectively. The team continued with the 4-4-2 formation and diamond midfield – Gary Liddle at the back, Billy Knott on the left, Jason Kennedy to the right and Morais in the hole behind the two strikers.

The early exchanges were even, with both teams trying to settle into the game. City’s opening chance came from a ball slipped through to Mclean who capitalised on a spill from Crawley keeper Brian Jenson but was penalised for a foul on the shot stopper in trying to retrieve the ball. As the half continued, both teams settled with City getting a grasp in midfield with some neat passing and Sheehan and Stephen Darby providing useful support on the wings. At the back, Andrew Davies and Rory McArdle had their hands full with Crawley strikers Gavin Tomlin and Izale McLeod, but coped with a number of crosses into the box.

The best chance of the half came to Crawley in the 26th minute when a long clearance from Jensen was flicked on by McLeod and Tomlin got between the City defence to fire a shot high over the bar. As comfortable as City were looking in possession, Crawley still looked to cause trouble on the counter being particularly effective on the right-hand side. The superb midfielder, Gwion Edwards, was a handful all evening using his explosive pace and skill to provide output to the forward line. It was right on half time when Edwards used his pace to run through on goal before the onrushing Jordan Pickford made an excellent tackle to clear the ball into touch. Half time came with neither side forcing the keeper into a save. 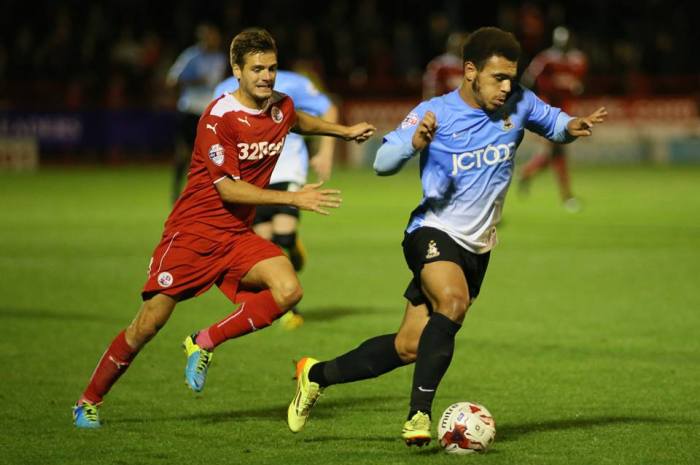 The second half began with a City substitution with the in-effective Mclean being replaced by youngster Mason Bennett. Again, Mclean’s effort could not be faulted and his reading of James Hanson’s headers to run onto was good, but the sharpness is still not there and, to be fair, he didn’t get the run of the ball. A somewhat unexpected change so early on but the injection of pace and vibrancy in changing the game proved a masterstroke by Phil Parkinson, as Bennett was to have quite an impact.

Ready for this? I could barely keep up myself scribbling ferociously with the action of a second half performance that will do well to be rivalled this season.

It all started just three minutes into the second half when Morais released Stephen Darby down the right, and his intercepted cross towards Bennett came loose to Hanson, who smashed the ball into the top of net. Cue jubilation from the 284 strong City support of the 2,285 crowd. However, the jubilation was short lived as only minutes later, some sloppy defending allowed Crawley’s Joe Walsh to glance in a near post header from Ryan Dickson’s corner.

As the action calmed down, Crawley surprising substituted the excellent Edwards for Conor Henderson, which limited their attacking threat and gave the impetus to City, who in the 62nd minute, regained the lead. It was a superb left-foot half volley from Billy Knott outside the box which went in off the left post with the keeper rooted to the spot. What a goal. Most of us thought it had gone wide including the keeper but no way – it was a thing of magic.

City continued to dominate, coming close again in the 71st minute when a Sheehan shot was diverted by Jason Kennedy onto the crossbar and Crawley scrambled clear. Shortly after Mark Yeates was introduced for Morais, who had an excellent game. Full of running and invention, he will provide stiff competition for a place in the line-up on Saturday to Peterborough.

The game was ultimately sealed moments later with City’s third goal in which Bennett coolly chipped home over the onrushing keeper and it was job done. City’s final sub saw Matty Dolan come on for new crowd favourite Billy Knott, whose tireless display and rapport with the fans was reflected with a round of applause from the City fans. Crawley huffed and puffed to chase a comeback but it was not to be.

An outstanding performance. Pickford was little troubled, Davies and McArdle marshalled the back superbly, the midfield diamond excelled, Hanson again was superb in his support play and Bennett will provide competition for Aaron McLean with an assured display and well taken goal. As high as the confidence is with this positive start, I am sure Parkinson will keep a lid on things as we all remember last season’s positive start which faltered and led to the unwanted winless streak which dominated the middle part of last season.

Let’s finish on an optimistic note, however, and praise this evolving footballing side, our Bradford City. Onwards and upwards to Peterborough on Saturday.

With special thanks to Thomas Gadd for allowing us to use his superb photos. Please visit Thomas Gadd’s website for more details) 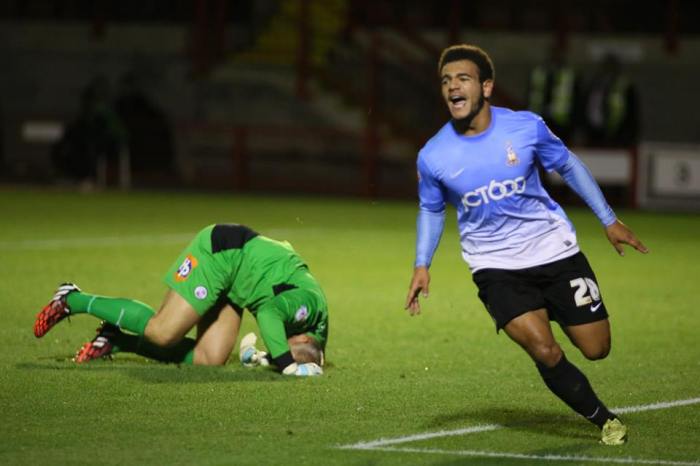 Like Loading...
‹ Phil Parkinson’s building blocks remain in place for his new-look team
The legacy of Bantams Banter ›