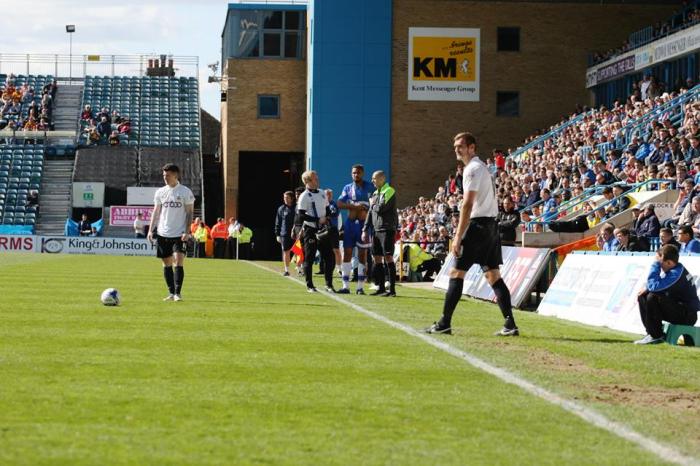 By Kieran Wilkinson (images by Thomas Gadd, see note below)

The curtain is certainly beginning to fall on Bradford City’s season and it doesn’t look like we will be asked back for an encore.

The phrase “still mathematically possible” may well be wheeled out but if, as seems increasingly likely, City do not make the play offs, this match offered in 90 minutes a good illustration of why we have just fallen short this season.

City made the long trip to Gillingham with a few selection headaches, chiefly at centre back where the pre-match talk had been of Gary Liddle moving back to cover the injuries to Andrew Davies, Gary MacKenzie and the suspension to Christopher Routis. It was therefore a pleasant surprise to see the big Scotsman’s name on the teamsheet, MacKenzie apparently being willing to play through the pain.

Phil Parkinson went with an attacking triumvirate of Billy Clarke, Jon Stead and James Hanson (albeit with Hanson playing more of a left wing role). Andy Halliday made a return to the squad, being named on the bench alongside youngster Reece Webb-Foster. However, there was no place in the squad for Dylan Mottley-Henry after his impressive cameo against Preston North End on Easter Monday. The one notable name from a City perspective on Gillingham manager Justin Edinburgh’s teamsheet was former City loanee, John Egan. 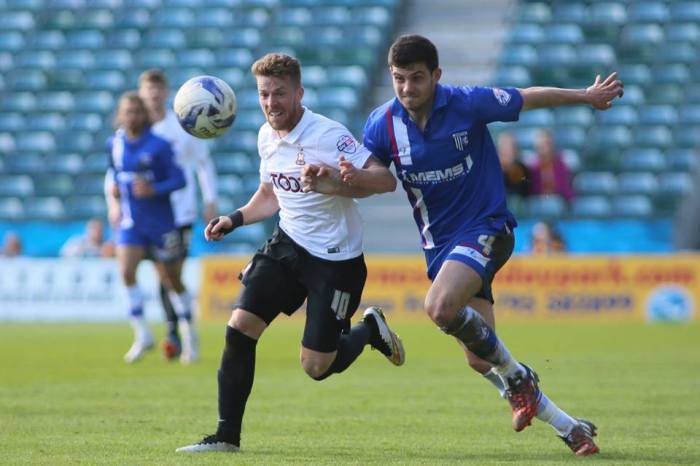 City started the first half very brightly, forcing a corner and free kick in the opening ten minutes (Billy Knott unable to make either count).

The first decent chance fell to City after ten minutes. Good work from James Meredith resulted in the ball being fed into Clarke who managed to get a shot away, which Gillingham keeper Morris had to be alert to in order to make a decent save.

Morris was less alert a few minutes later when he rushed out and botched a clearance, hitting it against the lively Clarke. Whilst it looped back over him, James Hanson could not capitalise on the error.

It wouldn’t be Gillingham without someone called Hessenthaler being involved and it was Jake, son of many-time Gills manager Andy, who won Gillingham’s first corner but this was easily dealt with by Gary Liddle.

City’s absolute dominance continued, with Stead forcing a corner and Hanson winning a free kick after a foul by Gillingham’s Legge (the Gills player coming off the worse in the challenge and earning a yellow card after lengthy treatment).

Jon Stead forced a goal line clearance with a header from a Knott corner and MacKenzie and Clarke both had chances to break the deadlock. Gillingham had to make yet more goal line blocks just before half time as both Hanson and Stead participated in a game of  “how on earth did we not score” after a Knott corner.

So, numerous first half chances, complete City dominance and yet no goals at half time. Sound familiar? The half time talk was of whether there would be a sucker punch in this match. We’ve been here before. Would City repeat their failures against Fleetwood, Notts County, Walsall, Port Vale etc (the fact that this list could go on tells its own story) and fail to get their just deserts from a match? 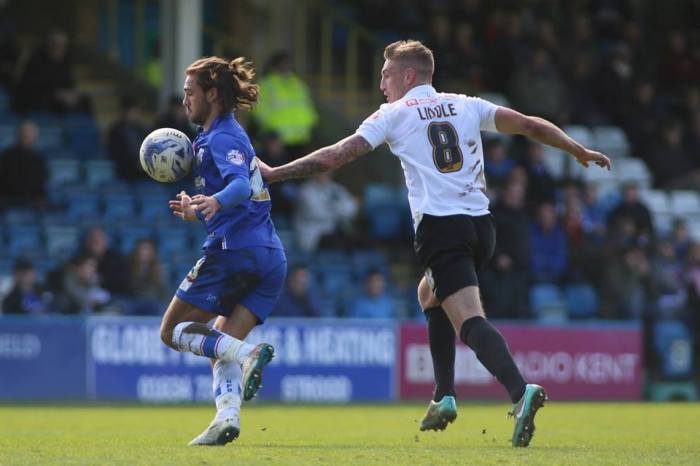 City continued to press but it was clear as the second half progressed that Gillingham began to take heart from City’s wastefulness in front of goal.

Rory McArdle and Hanson having had chances to head City into the lead and Stead having failed to do likewise with a shot. City also had a decent penalty shout turned down after a foul on MacKenzie but as we all know, “penalty to Bradford City” is not a phrase which has been overused in the past few seasons.

On the hour mark, Gillingham brought on John Marquis. It then took Marquis all of ten minutes to do what City had failed to do in the previous seventy minutes, with Ben Williams being beaten from a shot outside the box. Whilst there was some anger in the away end, the fact of the matter is that we have been here a number of times this season and so the goal was met more with a feeling of weary inevitability. We’ve been here before.

Marquis almost doubled the Gill’s lead a few minutes later, with Stephen Darby having to head off the line.

After the Gillingham goal, City faded away completely. Notwithstanding the introduction of Francois Zoko and Mark Yeates, City didn’t manage to cause Gillingham too much concern in the closing stages, a fairly weak attempt at a chip from  Clarke being the only real incident of note. It seems that even when we throw on strikers, it does not lead to an attacking onslaught. 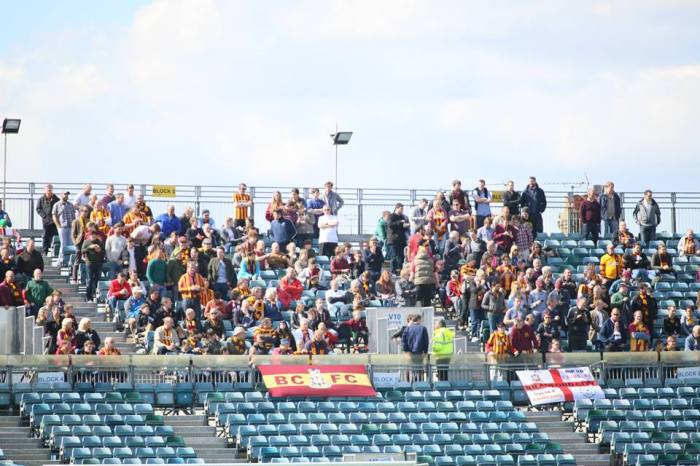 So another match where City dominated but came away with nothing. Even Gillingham fans were saying to us after the game that they couldn’t believe that we didn’t win that one, and so goes the story of the league season.

Whilst frustrating that we may fall short of the play offs, if you had told me at the beginning of the season that we would beat Leeds, score four goals at Stamford Bridge and also beat Sunderland but fail to reach the play offs, I’m sure I would have taken that.

We still need to push on and finish as high as we possibly can though and continue the season-on-season progress that Phil Parkinson has brought to the club. Parkinson also needs to find an answer to the problem of our failure to kill off games – City are probably only a player or two away from being genuine promotion contenders.

However, unless the next five games take somewhat of an amazing turn, I think we have sadly seen the last of the M25 this season.

With special thanks to the very kind Thomas Gadd for allowing us to use his brilliant photos. Please visit Thomas Gadd’s website for more details or click here for more photos of the game.

Like Loading...
‹ As a brilliant season draws to a close, the spotlight falls upon Mark Lawn and Julian Rhodes to keep this going
Hoping to be party poopers as champions-elect Bristol City come to West Yorkshire ›