Home › The Verdict › The 2014/15 Verdict (part two): Over-achieving season clouded by uncertainty over the future ownership

The 2014/15 Verdict (part two): Over-achieving season clouded by uncertainty over the future ownership 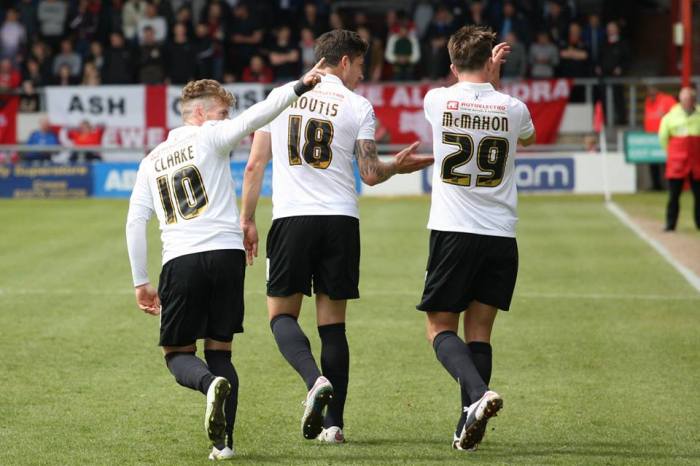 What was your personal highlight?

Nick: Stamford Bridge. What a day. Utterly surreal and the joy experienced by those present (and not) will never, ever be forgotten.

Gareth: The Chelsea game and the Leeds game: unbelievable and emotional.

Alex: I’m sure I’m not alone in this but it’s hard to beat the Chelsea game. The sheer delirium of that day probably does surpass any day I’ve had supporting the club and the only thing that came close was Aston Villa away.

The absurdity of it as it was happening I think masked what a remarkable achievement it really was to some extent. The further we travel from it and look back, the more gravity I think that day will hold. It’s probably my City career highlight.

Mahesh: Chelsea. I feel extremely lucky to be one of the 6,000 Bradfordians that witnessed that game live.

Andrew: I will never forget the Chelsea game, and the 24 hours after it. University commitments meant that I could not attend the game, so I listened to it via BBC Radio 5 Live. Coming back from 2-0 to beat a team that is without doubt one of the best in the world is a remarkable achievement.

The second half felt surreal, like it was some sort of fantasy, and I vividly remember jumping out of my chair and running around the room in sheer ecstasy when Mark Yeates scored in injury time!

What was your personal lowlight?

Alex: Reading away was low. The second half especially was at times like watching The Red Wedding or something. Seeing City get beaten like they did in that game was really dispiriting, especially in the knowledge that you’ve got a trek home and 1,500 words to write before work in the morning!

Mahesh: Reading away too. It was a sombre trip home that evening.

On a side note, fair play to Alex writing 1,500 words before work! I struggle to write a match report at the best of times. There were either massive delay on the District Line that morning, or that man can write extremely coherently and quickly!

Nick: The news that Gianni Paladini is in takeover talks with Rhodes and Lawn. As keen as I am to see elderly Italian men not have to suffer the tyranny of boredom I would rather BCFC weren’t picked up as a toy (and, almost certainly, dropped before too long).

Gareth: The continuing number of late goals conceded cost us nine points across the season and ultimately cost us a place in the play offs, leaving me extremely frustrated each time.

Andrew: The replay of the Reading game felt like a huge anti-climax. After all the hype, City never really turned up, and the game was a very drab affair after the first ten minutes.

In addition, the Bristol City game signalled the end of City’s play off hopes with a resounding thump, with the Reading and Bristol City games arguably Bradford’s worst two performances of the season. 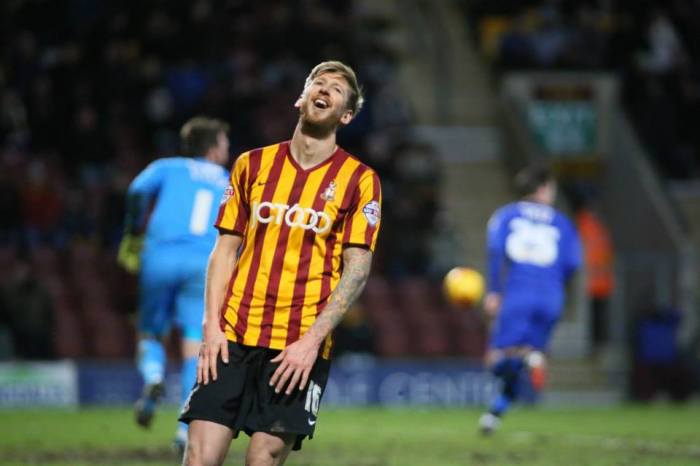 Gareth: We over-achieved based on my pre-season expectations; but as the season progressed, I felt that we were a top six League One side.

Mahesh: Over-achievement. Parkinson rebuilt a squad that had previously been hugely successful. He replaced key individuals and characters, but was able to maintain the fabric of his side.

We were so close to a play off berth with a string bear squad this season. With a couple of quality additions, I think this side will be there!

Nick: An over-achievement on all counts. I would guess we were slight over-achievers in the league based on our budget. When you add in the memories created by the victories over Leeds, Millwall, Chelsea and Sunderland it has been a hugely enjoyable campaign. Parkinson and his staff continue to create a BCAFC work ethic that is a joy to behold.

Andrew: I’d say that this season has been an over-achievement, considering the fuss that was made at the start of the season with regards to cuts in the playing budget, and a lack of squad depth.

City were relatively fortunate with injuries this season, as players like Rory McArdle and Gary Liddle remained largely injury-free, but nevertheless to finish just outside the play offs, as well as performing so well in the FA Cup, has to be regarded as an over-achievement for a side that was seemingly destined for mid-table mediocrity at the start of the season by some pundits.

Alex: Over-achievement. My expectations coming in were mostly focussed around finishing midtable and laying the foundations for next season. To do the latter so well, whilst also finishing four points out of the play offs and reaching an FA Cup Quarter Final qualifies as flying colours in my eyes.

The season has ended with takeover talk. What are your thoughts on the potential future of Bradford City?

Alex: If I’m honest, I don’t really want this run of the past few years to end. I’d be much happier bringing the whole band back than any promises of investment from Paladini or anyone else.

City have become much the better for sticking together through the tough moments and there is little in Paladini’s history that indicates he would be willing to stand by a five game run like we had in October this year.

Perhaps I’m being reflexively negative, and past actions are not necessarily indicative of future actions. Perhaps he has learned something? But it’s a leap of faith. The only thing we have to go on is QPR and The Four Year Plan, where the club seemed to succeed in spite of his meddling rather than because of it.

To sell the club is of course the prerogative of the owners who have stuck through some tough times, and if they get the right deal, more power to them. The nature of the people buying it should be secondary to the lives of their families. But still, I hope for it all to fall through and for everything to stay like it is now.

Gareth: It really could go either way couldn’t it? As a City fan I can’t help but feel trepidation when looking at what has happened to us in the past and other clubs who have taken a punt.

I feel that without the takeover we are well positioned for a play off tilt next season.

Our first team lacks a goalscorer, a pacey winger and a first choice keeper, if we can add those then we could have a very good season next year. Having said that the squad lacks depth too and injuries would hurt us.

The takeover is clearly part of our long term plan and needs to happen if we are to become a sustainable Championship club. Without the takeover we can only aspire to be a League One side at best – our budget will reduce year on year and although we might get a promotion to the Championship once we would stand very little chance of staying there.

It’s time to stick or twist. I just hope that any takeover results in us becoming of a Bournemouth than a Leyton Orient.

Andrew: I think I agree with many fans on this issue. Whilst an increased playing budget would be fantastic, any new potential owners must not undo all the good work that Lawn and Rhodes have done over the last few seasons.

At the minute, there is a bond between the players, managing staff and fans that we have not seen since the Premiership days. If a new owner was to come in and hike up season ticket prices, or sack Phil Parkinson, they could quite easily shake this bond and cause divisions within the club.

Whilst I am welcoming of any potential owner, they must have the club’s interests, as well as the interests of the fans, at heart.

Mahesh: I genuinely believe that we can get promoted with this current business model. We’ve proved this season that we are close. Hopefully with funds from the cup run, we can get over the finish line.

However, if we were to get promoted, could we be consolidate a position in the Championship? Probably not. We need money to sustain at the next level. Look at Rotherham. They were a very attractive and successful side in League One, but they have just survived after investing several million pounds on players.

I am all for investment but it has to be the right investment. Is Gianni Paladini the right type of investor for us? I’m not convinced yet…

Nick: With this management team and board in place promotion is eminently achievable in the next season or two. Maintaining Championship status would be very, very difficult with our current business model.

I understand that investment is needed to give us the best chance of promotion and then consolidation but I fear the stability of the club is about to be sold down the river.

If we had this season’s sticky patch in the autumn of the 2015/16 season I doubt very much Paladini and friends will show the same patience as Rhodes and Lawn did. We may not be rich but there’s an honesty to way the club and team go about their work under this management team.

I fear we are in real danger of losing that before long. I dearly hope I’m wrong.

Like Loading...
‹ The 2014/15 Verdict (part one): A successful season where more went right than wrong
James Hanson vs Jon Stead ›