Battling Bradford City cope well with life with the Lions 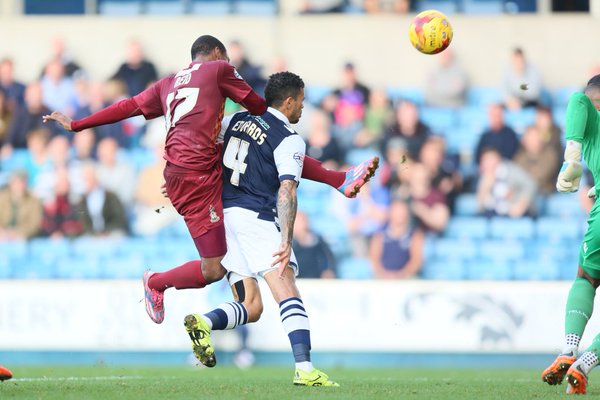 No amazing, standout performances. No last minute winners. No goal fest (unlike last season). However, this was the sort of decent, solid away performance on which greater things can be built. Less trick, more treat. Not all of the building blocks for a successful season are flashy, “Bury at Home” type performances. Keep it under your hat, but Bradford City may well be quietly starting to put together the sort of run that was looking unlikely around a month ago.

City sprung no real surprises with the starting line-up, with the introduction of Gary Liddle in place of Billy Knott being the only change from last week’s creditable draw against Wigan. The City bench saw the welcome return of Billy Clarke, along with a place for young reserve keeper Joe Cracknell, recalled from his loan spell after the surprise departure of Brad Jones.

Millwall manager Neil Harris similarly made only one change to his starting eleven from the Lions’ last match – midfielder Shaun Williams being brought in for the suspended Ben Thompson.

The less said about the first fifteen minutes of the game, the better. Chiefly because your match reporter’s coach was stuck in the Saturday afternoon traffic of Greenwich and Bermondsey and so this period of the match was missed completely. Ralph McTell once said “Let me take you by the hand and lead you through the streets of London. I’ll show you something to make you change your mind”. Well Ralph, you never said it would be this busy and I think I’ve changed my mind about going at all.

However, what I can tell you (second hand) is that in that first fifteen, Devante Cole came close after a McMahon free kick was headed back across the goal by Rory McArdle. Kyel Reid (only about a mile and half – so probably around two hours in London traffic – from his “manor” of Deptford) made a bright start too.

Right, onto things that I actually saw. The first big incident for City was a penalty shout. Reid crossed from the left and Devante Cole appeared to have his legs taken away. The referee (presumably still working from last season’s guidance as to whether referees are allowed to give penalties in favour of City) was unmoved. The natives made their feelings clear to Phil Parkinson after he protested the (non) decision.

Millwall themselves then had a decent chance, Carlos Edwards capitalising on a Meredith slip but putting his shot high and wide.

City should have scored in the 38th minute. A Lee Evans throw from the right caused panic in the Millwall box and eluded the Lions’ defence and a number of City players before falling to Reid near to the back post. Reid lacked the composure to pounce on this and unfortunately fired over. The rest of the first forty-five  was then punctuated by half-chances for both sides, the final City chance of the half being a dipping, Gary Liddle piledriver which, whilst over the bar, did have the Millwall keeper worrying.

So, at half time City could be pleased with a resolute performance. City had dominated the half without just reward but a draw still felt a decent position to be in at the interval. 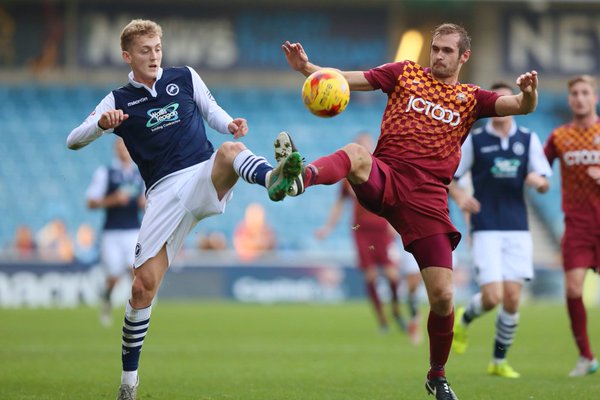 The second half was much of the same. A couple of early corners for the home side, both defended well by City, with one leading to a break which Kyel Reid failed to capitalise on, running the ball out of play.

Some good work by Devante Cole (who, despite another goalless performance, is showing an improving work rate match by match) saw James Hanson teed up on the edge of the Millwall box. As he pulled the trigger, some good defending by Millwall captain Tony Craig saw the shot blocked and Craig being injured (and then limping off) in the process.

Post Craig’s injury, there was an impressive amount of noise from both sets of fans, the racket from the home supporters being a contrast to the lacklustre backing that they were given in last season’s FA Cup tie. This did result in a brief period of pressure for Millwall but City’s defence stood firm.

Cole created an opportunity after robbing the ball from the Lions in midfield when he had no right to. The ball was passed to Evans and then McMahon but unfortunately the subsequent cross into the box came to nought. Cole also also looked lively again, nearly weaving through a number of Millwall defenders in the box.

City’s first change saw Kyel Reid make way for Mark Marshall at around the 70 minute mark, Reid having put in a shift but perhaps falling short of some of his recent performances (and presumably ruing the missed chance in the first half).

What was perhaps the “big” moment of the second half came after around half an hour. A shot from Shaun Williams which looked to be heading into the top right corner of the City goal was brilliantly tipped over by Ben Williams. After the match, Rory McArdle described the save as “world class” and this was a fitting moment in a week when Ben Williams has effectively cemented his place as City number one, with Brad Jones apparently not having the heart for a fight for the jersey.

Billy Clarke came on for the last ten minutes with both teams thinking they could win it. Both defences however held firm.

In the four minutes injury time, Mark Marshall was flattened on the touchline by Millwall’s Onyedinma (the referee deeming this accidental). Phil Parkinson took exception to the challenge, leading to somewhat of a melee, with one Millwall fan throwing their programme towards Parkinson. This was the last incident of note and both teams saw out the game.

So, back into Ralph’s streets of London… City can take great credit from this performance having matched a team who were in a higher division last season. Plenty to be proud of, plenty of 7 out of 10 performances and another building block in this good run of form. The fact that Neil Harris’s post match comments revealed him to be pleased with the draw shows the sort of performance that City put in.

If we can add a win against Blackpool on Tuesday night, the run starts to look very decent.