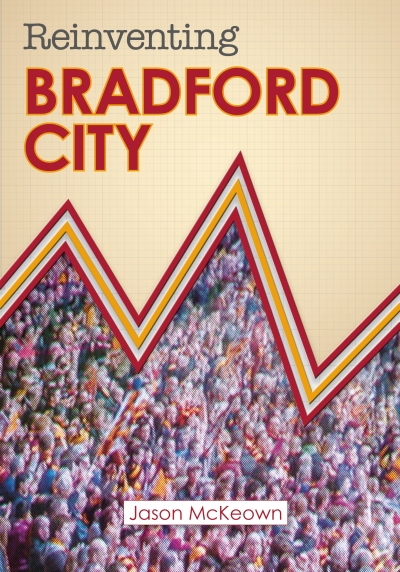 There are some football clubs where nothing much ever happens – Bradford City are not one of them. Whilst Oldham Athletic have been stuck in the same division for 19 years, and Coventry City have not achieved a promotion since 1967, the last three decades in particular have proven to be some of the most eventful in the Bantams’ entire history.

Exactly 30 years ago, City were recovering from the traumatic events of the Valley Parade fire disaster, where 56 people tragically lost their lives and hundreds more were injured. With their stadium in need of rebuilding, City decamped to Odsal stadium – the home of Bradford Northern (now Bulls). Odsal has many qualities, but a football venue it is not. City’s players, management and supporters largely disliked the experience, and there was much joy when Valley Parade was rebuilt and reopened in December 1986.

The modern day rollercoaster was about to begin.

City have tasted life at the very top, and slummed it at the bottom. It’s rarely proven dull around these parts, that’s for sure.

The extraordinary rise, fall, rise, fall and rise of the last 30 years have been the inspiration for me to write a book covering these events. Reinventing Bradford City looks at the way the club has evolved during a time of unprecedented change within English football. The club has got plenty right, but other things badly wrong. It has been a bumpy ride for supporters. An unforgettable journey.

The book takes the form of reviewing 12 of the key matches from this 30-year period, which illustrate the highs and the lows. The difficult existence at Odsal, the pain of missing out on promotion to the top flight in 1988, and the post-Premier League fall to the bottom division all feature. More happily, there is the barmy night at Blackpool in 1996, the Wolves game that sealed promotion to the Premier League, and the astonishing recent cup heroics over Aston Villa and Chelsea.

These are matches that City fans will never forget – amongst the greatest the club has ever known. The book aims to capture the wide range of emotions and the high level of drama that characterises these 30 years.

Reinventing Bradford City – which is being published by BantamsPast – tells the story through the eyes of people who have lived through it. The book includes interviews with 30 different people connected with the club, including Bantams legend Stuart McCall and current boss Phil Parkinson.

Reviewing Reinventing Bradford City for the Telegraph & Argus, journalist Simon Parker wrote, “There are so many more anecdotes; little nuggets from so many sources that fill in the blanks. The Bradford City story post-1985 may be a familiar one but this version is told in a refreshing way.”

How to buy a copy

Reinventing Bradford City goes on sale over the Easter period. You can order a copy through Amazon, and it will also be on sale in Waterstones Wool Exchange, Salts Bookshop and WH Smiths in Broadway.

A book launch event is taking place at the Record Café on North Parade on Thursday 24 March (from 7.30pm) where myself and John Dewhirst will be in attendance. If you have pre-ordered a subscriber edition of the book, you can collect your copy in person and we’ll give you a refund on the cost of posting the book to you – enough to buy a pint or two on the evening!

Like Loading...
‹ A Bittersweet Symphony as City Fail to Get Their Just Reward
Book review: Reinventing Bradford City ›