Seven games to change your world 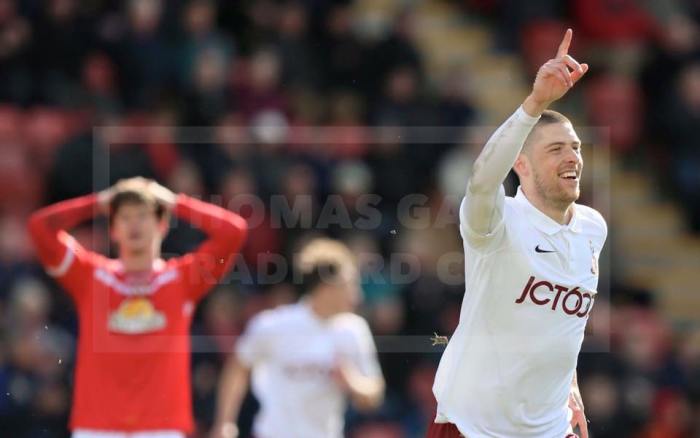 “They probably all knew that the next time I stepped out on a football pitch it would be at Wembley that Sunday. I doubted if any of them would remember the 2006 FA Cup final. None of them would have even been ten back then. And if they had heard about the classic final between Liverpool and West Ham United it would have belonged to an ancient world to them. But, to me, it still felt like yesterday.”

In Steven Gerrard’s second autobiography, the Liverpool skipper recalls the six days leading up to the 2014/15 FA Cup semi-final against Aston Villa. Having just returned from a ban, for stamping on Ander Herrera less than a minute after coming on as a substitute against Manchester United, Gerrard turns out for the Liverpool under 18s. In the aftermath, as the teenagers relax at the Reds’ Melwood base, Gerrard looks back on what he deems his greatest ever performance in a Liverpool shirt.

That day, at the Millennium Stadium, in Cardiff, single-handedly bringing his beloved Reds back from the brink on the biggest of stages, he delivered one of the greatest individual performances any of us have seen, ever. Raging in from the centre, riding his final ounce of energy like a man possessed as he crashed into that world-class half volley, he destroyed the player ratings barometer and raised his game to 11. They call it The Steven Gerrard Game. At 26, he owned the world.

Eight years on, Steven Gerrard had his chance at a fairytale ending. As the games died away, the contents of his Reds hourglass dwindled and the dénouement of his Anfield career quivered unavoidably on the horizon, he lined up at Wembley for one final time. The last chapter had been determined long before: the FA Cup final, the season finale, was to be played on his thirty-fifth birthday. Gerrard’s last game in a Liverpool shirt could, should, have been at Wembley, lifting the FA Cup once more. The Steven Gerrard Game: Part II.

But it wasn’t to be. His Liverpool side lost 2-1, to goals from Christian Benteke and Fabian Delph. Gerrard was left with one more head of what might have beens as he flew off to LA.

In the closing pages, Gerrard reflects on how intimately, how intensely, football rams together the dark and the light, the elation and the devastation. For him particularly, the margins always seemed so perilously thin, Gerrard cast as football’s ultimate tragic hero: the image of him scrambling, helplessly, after Demba Ba was undoubtedly still etched into his mind’s eye as Benteke blasted the Villains out of sight.

A player as good as Steven Gerrard never won the Premier League. The whole book carries the rueful tinge of that day in April, everything viewed against the ghost of what might have been. He won everything there was to win – almost. He produced on most intimidating stages, when the odds were stacked and the tank was empty. He played alongside Fernando Torres when the Spaniard was bringing his A-game. He was in a team defined by the SAS partnership. Yet he never won a league title.

He says that will haunt him until the day he dies.

Steven Gerrard’s career lived within one central antithesis: the glory of one day against a season’s worth of consistency. He made an art form of one; his team never mastered the other. For Bradford City, the play-offs bring both together with a bang. A season’s worth of toil and endeavour culminates in the most important three games of the campaign. Phil Parkinson still cites the Northampton game as his greatest achievement: “League Two is a horrible league to be in. It’s such a tough league. [Promotion] was great reward for all that the staff and the players had done. That game was more pressured than any other game we’d played – because it shapes the club going forward,” he told WOAP, in December last year.

18th May 2016 will mark three years since the play-off final at Wembley that wrapped up the season you couldn’t have written in the most perfectly possible manner. Surveying the pitch during that under-18s game, Gerrard insisted none of the team would remember that final. That they were just kids, barely ten years old. It was a lifetime ago, cast off to an “ancient world” far from our own.

But I remember every beat and pulse of that 2006 FA Cup Final. I was eight. Seven years on, would turn out at Wembley to watch my team play twice at Wembley – and I can remember every single thought and feeling I had those days. Every tear, every fist-pump, every goal from that season. And I’ll keep the memories close as long as I can keep them alive.

Time passes so quickly. May this year will mean a whole decade has lapsed since The Steven Gerrard Game. December this year will be four years since Arsenal. Those games weren’t played yesterday, however close they invariably feel. But sentimentality blurs a lot of lines.

For Bradford City, immortality awaits. Win promotion this season and they will gain entry to the land of eternal youth. The land where the sun always shines, the sun never sets and the party never ends. Where every hand holds a winner, and we are children forever and ever and ever. We close our eyes, and we are back at Wembley like we never left. We go back there every single day.

If you bottle this now, go out with a whimper, you will never, ever, ever forgive yourself. You will never get over that. You will birth another alternate reality, another window to all that might have been. The final seven games will define how this season is remembered, will shape the long-term future of this football club. There can be no half-measures. All or nothing. One shot, one opportunity. You can’t throw in the towel if your backs hit the ropes.

Everything that came before is gone. You have seven games left. S-E-V-E-N. Play your cards right and you might end up with two more. You can inscribe your name into Bantams folklore, mentioned in the same breath as the Class of 2013, the Class of 1999.

To echo Steven Gerrard’s doomed words, “This does not slip now.” That stumble was the single most devastatingly unlucky five seconds I’ve ever seen on a football pitch, to say it condemned his side is revisionist: the true nail in the coffin came eight days later, when Liverpool squandered a 3-0 lead in a maddening nine minute spell of catastrophic defending. This side have never been settled towards the end of games – extra-time is always a heart-in-mouth job – but they cannot be as careless as Liverpool were that year. So close, but so far – it is now a quarter of a century since they last won a league title. Two maddening weeks changed the Reds’ whole history.

This is how much is at stake as the season draws to a close. This is not over. Whatever City do now will change everything forever.

Seven games to change their world. They have to make every single one of them count.

Like Loading...
‹ Lost Sporting Heroes: A vintage bus tour of Bradford’s cemeteries and a game of crown green bowls
How far we have come ›