The final lap…before something different 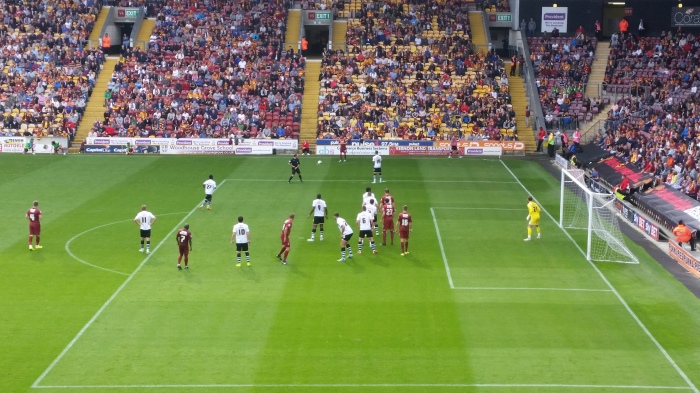 Having made a throwaway comment in response to criticism on Sunday, I thought it was wiser to clarify the future of WOAP to you, valued reader.

In a nutshell, I have taken the decision to end WOAP in its current guise at the end of the season. The match reports of the final five games – and, who knows, possibly a further three play off games – will be the last that we publish. The days of 4/5/6 articles a week are about to be over.

The reasoning is basically that, after 12 years writing about the club, I’ve had my fill. Running a site at this pace is hugely time-consuming, and whilst I enjoy writing match reports I have had enough of giving up my Saturday nights.

My day job is full on. I have a beautiful daughter I love spending as much time as possible with. I have friends I don’t see. I neglect to do my share of the housework.

I want to get the balance back. And, in truth, my enjoyment of running WOAP has fallen considerably. In front of a laptop, writing, I’m happy. Showcasing other writers makes me proud. But the rest I can do without.

It’s supposed to be a hobby but it can feel like a job.

Especially when you receive criticism for your efforts, which happened again on Sunday. They say that writers must have thick skin and that is something I completely agree with. But that doesn’t mean you don’t feel hurt sometimes or harbour frustration at the injustice of some of the comments/emails.

In the end I can only conclude that my opinion carries more weight than it’s worth. Some people are fed up of hearing it and I’m equally tired of giving it.

When you do something that other people like, and gain popularity, people hold you to a higher level than you really deserve. As my manager always says “opinions are like backsides, everyone has one”. My opinion is no better or worse than anyone else’s, it’s simply the only one I have.

All of which is not meant to come across bitter or looking for sympathy. The positives of running WOAP for almost five years have by some distance outweighed the negatives.

Writing WOAP has resulted in forming loads of new friendships, meeting and interviewing heroes and writing about one of the most incredible periods in the club’s history. We have had so much positive praise and played a part in people’s enjoyment of the last few years.

Not that we will be disappearing. Katie had persuaded me to keep WOAP going next season in a watered-down form. We will probably do one opinion piece a week/fortnight, rotated between a few of us.

It will exist purely for the same reason I set up WOAP – a love of writing about the club. No more, no less.

But that is for next season. Right now there are the final few weeks of the season to write extensively about. I can’t wait.

Like Loading...
‹ Winning ugly, winning luckily – but Bradford City are winning their way back to the big time
Why should we pay for the Premier League’s mistakes on youth development? ›