Home › Previews › Do it for Stuart

Do it for Stuart

2,647 days have passed since Stuart McCall fell on his sword as Bradford City manager. On Saturday 6 February 2010, a 1-0 home defeat to Bury was the trigger for the Bantams legend to call time on his first spell in charge. Downbeat, crushed and empty, at the final whistle McCall embarked on a lap around the pitch applauding supporters. He was saying goodbye.

There have been some truly wretched, utterly miserable days supporting Bradford City over the last couple of decades; but watching a heartbroken Stuart McCall call it quits as manager, seven years ago, was as painful as it gets. A player who had served the club with such incredible distinction over two periods in the 80s and 90s; no City fan wanted to see him fail in the hotseat. To bow out in such an un-Stuart McCall like way.

And now this. McCall’s shock return a year ago has proven inspired, and the club stands on the brink of reaching Wembley for only the fourth time in history. They go into the second leg of the play off semi final encounter with Fleetwood clutching a narrow but nevertheless important one-goal advantage. If they don’t lose at Highbury, City are off to the national stadium a week on Saturday. Where they will have a real shot at earning promotion to the Championship.

That McCall is so intertwined with the modern history of Bradford City makes it so fitting that he could be the man to lead us back into the top two divisions. It’s 29 years ago to the exact day since the Bantams lost at home to Ipswich on the final day of the 1987/88 season, when a victory would have taken them up to the top flight. McCall was one of the star players of that terrific City team. And when they lost to Middlesbrough in the play offs, he made a tear-filled exit for Everton.

McCall had made his debut for City back in 1982 after emerging through the ranks, and he represented the club wonderfully over the next six years. This included being present on that awful day of 11 May 1985, with his own dad injured in the fire. His ability ultimately outgrew the club, but the leadership and drive he gave was fondly remembered.

After a decade away at Goodison and then Rangers, McCall’s return to Valley Parade was timed perfectly. He captained City to the Premier League, laying to rest the ghosts of ’88. Throughout the Bantams’ two-year stay in the top flight, McCall was an inspirational figure who gave absolutely everything to the cause. He might have been 37-years-old when City were relegated, but that didn’t stop Everton from trying to buy him back in the summer of 2001.

McCall ultimately left before the storm of administration hit the club, but his third coming – this time as manager, in 2007 – revived rock bottom morale following a third relegation in six seasons. The excitement prompted by his return was the springboard for getting affordable season tickets off the ground. He couldn’t bring success on the field, and that hurt all of us. Yet until Phil Parkinson came along, no one could revive this football club.

But history could be repeating itself. McCall’s sad departure in 1988 following the play off defeat was an unfitting low note to end his first spell – one that was put right at Wolves in 1999. His 2010 exit as manager was a difficult one for everyone to take, but the opportunity to create more happy memories to overwrite those sad times is there to be taken once again. As Stuart said in understated fashion last summer, “People say never go back, but I came back as a player and had a little bit of success.” 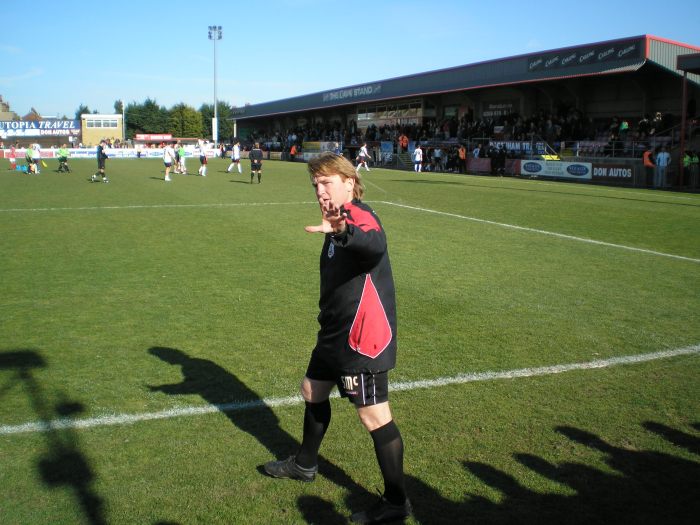 Stuart was, by all accounts, a broken man when he resigned seven years ago. The stress of the job, the pressure he put himself under, and the high expectation we all had that he would surely succeed, simply because of who he is. It all took its toll. He couldn’t bring back the good times, and by the end looked out of ideas. But no one who has held the Valley Parade hotseat worked harder or wanted it more than McCall. Just like he did as a player, he gave it everything. And that was why it was so sad when it wasn’t enough.

Such depths of pain and misery feel like a world away now, as the club stands on the cusp of making more history. But the memories of those difficulties from McCall’s first spell would add extra perspective and meaning to any success he delivers this season.

Whatever emotions there are to be had in football, McCall has experienced them with Bradford City. For everything he has done for the club, McCall deserves to succeed tonight. And if in a fortnight’s time he is leading Bradford City out at Wembley, there surely wouldn’t be a single dry eye in the claret and amber end.

Like Loading...
‹ Brilliant Bradford City take a step closer to promotion with first leg play off success
More glory beckons for Bradford City, as they return to Wembley ›