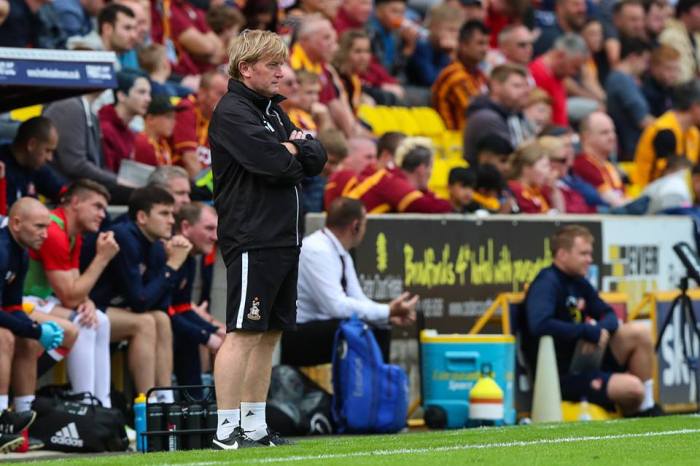 With the big kick-off looming into view and Tony McMahon’s Echterdingen hangover firmly shaken off, Tim Penfold, Katie Whyatt and Nikhil Vekaria look at four of the big talking points from pre-season.

The kids are alright 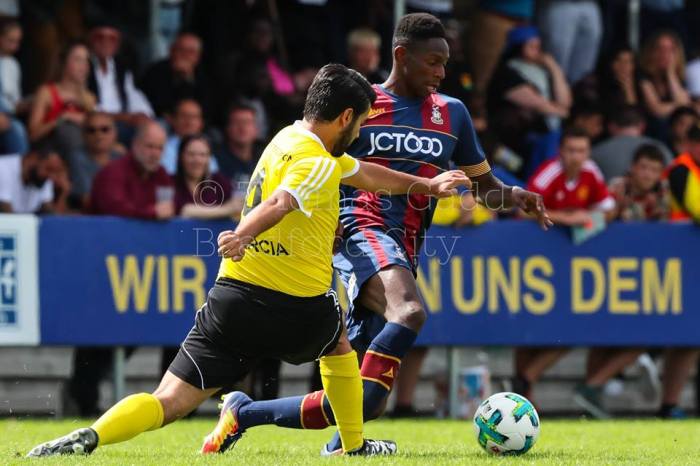 Tim: The real stars of pre-season have come from the fringes of the team – the youth products and the development squad.  Dan Pybus has been impressive whenever he has played, particularly bursting forwards to grab two goals against Eccleshill, while the likes of Ellis Hudson and Tyrell Robinson have shown huge amounts of promise.  Trialist Jordan Gibson is likely to join them after some sparkling cameos against Eccleshill and Sunderland.  The real breakout star, however, has been Omari Patrick.

Patrick, released by Barnsley in the spring, has that most vital of qualities – pace.  He’s also strong and hard-working, and is a real handful to face.  He shone against Guiseley, both through the middle and on the right of a front three, and scored with his first touch against Halifax.  With injuries creating a vacancy up front, he’ll get opportunities in the team – it’s now up to him to take it.

Jake Reeves could establish himself as this season’s biggest star 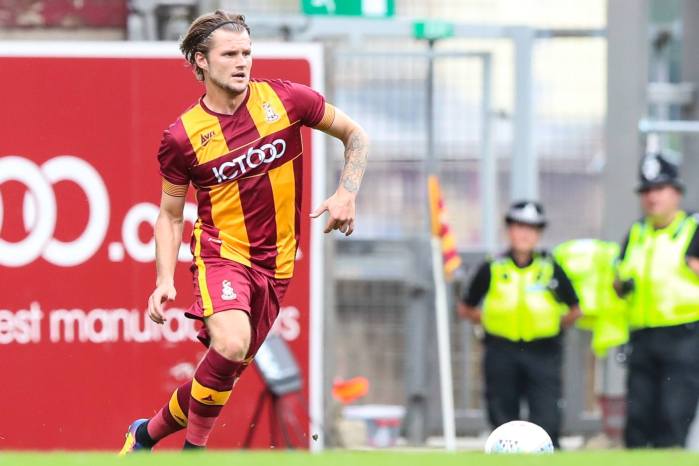 Katie: Stuart McCall’s early comments suggested Reeves had the potential to be hybrid of Josh Cullen and Billy Clarke: able to orchestrate the game from deep a la Cullen, but with a guile and intelligence around the box that would be reminiscent of peak Clarke.

In pre-season, his role has differed to that initial brief: he has operated almost exclusively as the deepest midfielder, and in qualities has seemed closer aligned to Billy Knott or, in some ways, the latter-day Steven Gerrard. He works cannily, perhaps at times one or two beats ahead of his own team mates, and spots, from distance, things others might miss. In ambition, he mirrors Knott – but he comes with the bonus of improved execution.

Reeves and Dominic Poleon were the stars of BBC Radio Leeds’ Bradford City Special this week, and spoke well. There was a well-placed confidence in evidence – Reeves departed the Guiseley pitch jokingly eulogising, “Mate – did you see my diags?!” (these are what the kids call ‘diagonal balls’ these days, he explained) – but moreover a genuine respect and appreciation of what Bradford City could offer a player who thrives on ingenuity.

“We’ve come from Wimbledon, and they have a very strict style of play, so to speak,” Reeves began. “There’s no right or wrong in football – only opinions – but that style of play [I] didn’t massively enjoy. [I] used it for the time I was there, but coming to a club that wants to play, as I would call it, ‘proper football’ is a massive bonus.”

It would be a considerable shock were such a player to shrink in the face of McCall’s more imaginative approach. Already cast as the new era’s most obvious poster boy, Reeves faces his public for the first time tomorrow – and it will be a good start for all concerned if he can leave them uttering the words, “Mate – did you see those diags?!”

Is there a ‘perfect’ pre-season schedule? 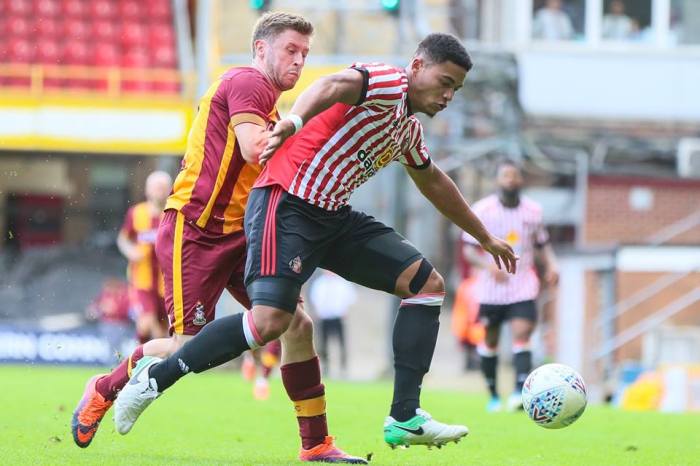 Nikhil: I’m slightly disappointed with the pre-season fixtures, as I don’t necessarily think we’ve made the most out of the opportunity, in terms of the teams that we have faced.

I know this sounds like a very pedantic point to be frustrated by, but I’d have seen more value in the fixtures had we played against teams who were more likely to be at a similar level to the teams we’ll face every week in the league.

I know that pre-season is primarily for ensuring match fitness is reached by as many players as possible and experimenting with tactics and systems, but I’m unsure that the fixtures we’ve played will have allowed Stuart to have learnt that much.

After the Newcastle game, McCall even admitted that we played in a way that we’d be unlikely to again this season and anyone at the game could see the huge gulf in class between the sides.

I do think it’s great to play local sides, particularly away, but how much can really be learnt by playing teams in the Conference and below? (I say this knowing that we lost at BPA; but this was a game which ‘on paper’ also had a massive gulf between the sides).

We also played a side in Germany who played at a lower level than League One, when it may have been more beneficial to play someone from a higher division.

I’m not for a moment saying that I see no benefit in these pre-season games and I think it was great for fans to be able to see us play some local sides, whilst the Newcastle game was a great atmosphere with their huge away following.

However, I do think it’d have been good to replace some of these games (perhaps one of the local ones) with fixtures against more ‘well-suited’ opposition, in the form of lower end Championship clubs, higher end League Two clubs and maybe even Scottish sides.

I suppose we won’t know how well the preparation suited until the season begins, but I personally don’t see much value playing sides with which there is such a gulf in quality.

The case for the defence is shaky

Tim: It’s clear that we still have some work to do defensively.  It looks like we were not expecting Rory McArdle to leave, and to go into the season without a first choice right-sided centre half will be a disappointment to the recruitment team.  Romain Vincelot can fill in, but we may need him in midfield.

We also look short at full back.  Jacob Hanson, while talented, is unproven and has not stood out the way some of the other younger players have, and this leaves us short of cover for Tony McMahon.

At left back, it was always going to be hard to replace James Meredith, who contributed so much at both ends of the pitch.  Adam Chicksen has had his moments going forward, but when tested defensively against Sunderland and Newcastle he was unconvincing.  He won’t have to face that quality of opponent regularly at League One level, but there’s still a bit of a question mark over the left back spot.

Defence has been our biggest strength for the last few seasons, but there’s been a lot of player turnover – how will the replacements cope?