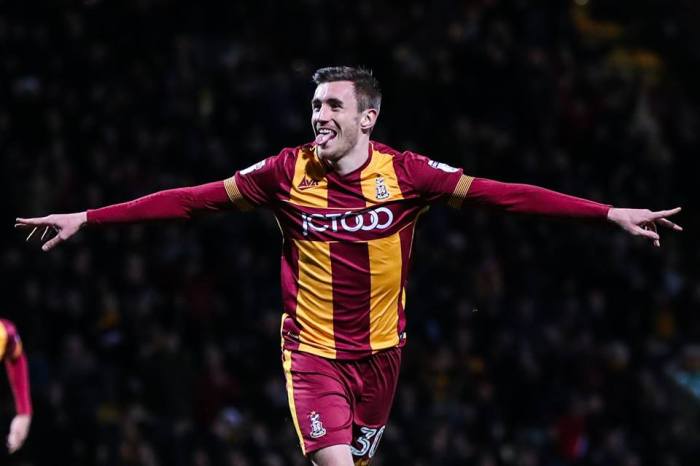 After the Blackpool and Blackburn debacles, I decided not to go again this season. But, as always, I did. Thank goodness I did. Only, I must say, because my wife insisted that we do not forsake City.

There has clearly been a deep-rooted malaise in the squad, and it was only after the Blackpool debacle that the players seemed to realise that it had to end. It began to end against Shrewsbury, and hopefully ended last night.

Portsmouth looked a good team, strong defence, Brett Pitman ever dangerous, they had a good defender who could match Tyrell Robinson for pace. But City, after a nervy and unconfident start, got into the game, and the well-worked first goal seemed to give them heart.

It certainly gave the crowd heart. The superb Portsmouth supporters, in my opinion, helped both the City supporters and our team. Not to be outdone, our fans gave better than they got. It was noticeable that the chant changed during the game from “Bradford Army” to “Simon Grayson’s Bradford Army”, and this seemed to raise the team.

There was a bit of luck, there always is, but no City player could be faulted for effort. I will pick out the continually battered Charlie Wyke, the 100% Robinson, and Stephen Warnock, who looked good.

Mention must be made of Kai Brunker. I don’t think he is a good player, but for sheer heart and effort he epitomises what we need and what we have lacked.

As I say, Portsmouth looked pretty good, and their fans were wonderful, but our team reduced them to throwing up long high balls, Rotherham and Bury fashion. Colin Doyle is a good goalkeeper, particularly one save in the first half.

Finally, a word for a good referee, the man with a unique running style. He reminded me of me 40 years ago. But he let the game flow, did not try to get involved, and did not fall for histrionics.

It was a Happy Valley, and maybe it says that our future looks brighter.