Steps4Stephen – An opportunity to support the Darby Rimmer MND Foundation 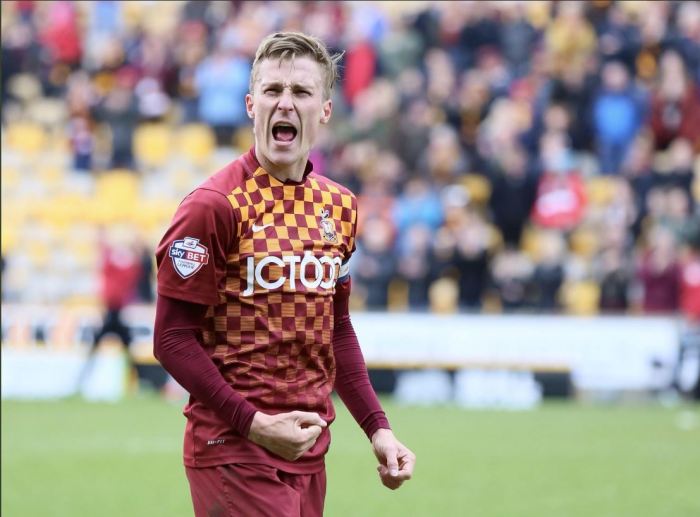 Stephen’s tremendous fundraising support for the Foundation has touched a chord with all he’s come into contact with and, after speaking to Tony Kelly at Bolton, this walk was identified as a great way to involve all members of the community.  Tony and the rest of the organising team (Steve Wood and Mike Wilson) have successfully run several events of this type in the past.

A number of the football community are involved such as Neill Mellor, Dominic Matteo and Jay Spearing and George Sephton, ‘the voice of Anfield’ has recorded a message support the event.

I’m personally involved in walking a number of the stretches on the first day, starting at Valley Parade at 13:30 and ending at Bolton Wanderers 24 hours later.  This isn’t something that I normally go in for and I am a bit nervous at the prospect, but I really wanted to show support and affection to Darbs from an ordinary Bradford City fan.

I’ve had a season ticket at Bradford City since the second season in the Premiership and saw us gradually fall down the leagues to League Two. Stephen Darby joined in 2012 and became a key leader in the revival of Bradford’s fortunes.

He was there through some great victories – against arch rivals Leeds in 2014.

He was there against Premier League opposition in the Capital One Cup beating Arsenal and Aston Villa.

He was there as, six weeks after the cup defeat, Bradford returned to Wembley to win promotion to League 1 in the play-off final against Northampton.

He was there as Bradford City caused one of the biggest upsets in FA Cup history as they beat Chelsea 4-2 at Stamford Bridge after going 2-0 down, defending against the likes of Didier Drogba, Eden Hazard, Cesc Fabregas and someone called Mo Salah! I was lucky enough to get a ticket for that brilliant day and Stephen himself was featured in a video after celebrating with a few lemonades chanting ‘it’s the Bradford boys making all the noise!’ on the coach back!

He was an integral part of a golden period for Bradford and he is part of the ‘history makers’. The fact that he was player of the season for 2013/14 always giving 100%, shows how key he was to that.

To have his career cut short by MND is yet another challenge that Stephen will rise to and I just wanted to do something to help repay the tremendous things Stephen achieved for Bradford by taking part in the walk.

Two teams of walkers will cover each segment in four-mile sections in walking in threes visiting 15 grounds along the route.

Obviously the main aim of an event like this is to raise money and there are several ways to help:

Stage Sponsors – We are looking to recruit stage sponsors for each of the 45 stages. £100 gets a stage allocated and company logos will be displayed on our event banners. We will give shout outs to all stage sponsors across social media. Contact us at http://www.redwoodevents.co.uk/supporting-the-walk

There will also be claret and amber t-shirts and hoodies available (have a look at the twitter link).

Any help choose to give will be greatly appreciated.

Thanks for the glory days Darbs!