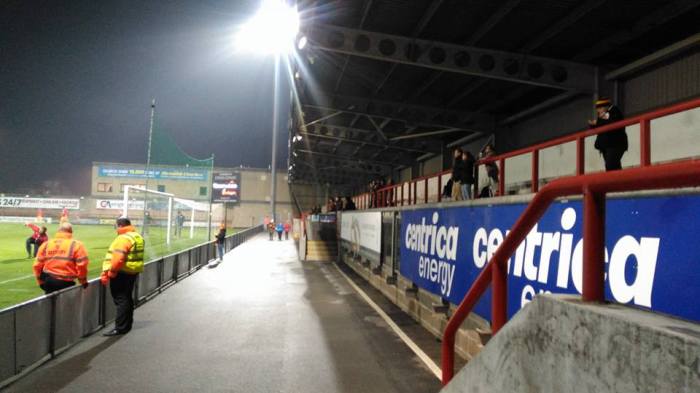 The weekend brought excitement and belief, as we bettered one of the teams fighting for a top seven finish. Swindon Town came to Valley Parade in confident mood. They pushed right to the end. They are a team who will be one of our main promotion competitors, so the fact that we managed to get three points is a real boost for our prospects.

Gary Bowyer decided on a 4-3-3, which used Zeli Ismail and Dylan Connolly as wide forwards with Clayton Donaldson in the centre. Personally, I think that these three players alone were very strong. Ismail and Connolly delivered many crosses into the box and posed a real threat.

The City fans know what Ismail and Connolly are capable of, but for Donaldson recently he hasn’t been as dependable as we would like him to be. I thought that on Saturday Donaldson definitely stepped up and made his mark as the skipper in the absence of Vaughan. As a Manningham lad, he would have felt a sense of honour and pride to captain his hometown club in front of the lively home support.

I think that Donaldson was a great captain on Saturday and fulfilled Vaughan’s role very well. This is what Donaldson needed to get his confidence going again especially after his bad miss at Scunthorpe, where we should have come away with three points.

Taking all things into consideration, the new formation and the strong performance of the back ups who came in, I think that Gary Bowyer might keep the same approach at Morecambe this weekend. He has two formations which he can depend on. And in both set ups, Bowyer’s favoured use of wingers has proven effective.

I would like to see the 4-3-3 again as it worked well for us in key areas of the pitch. The midfield in recent weeks haven’t been as strong as it should be, but I feel like against Swindon we were dominant in the middle of the park.

The midfield is the glue of the team and are there to help the defenders get the ball up to the strikers. I feel like against Swindon we were dominant in the middle of the park, which hasn’t been seen in recent weeks. Comparing the two types of formations, 4-4-2 was showing signs of weakness in midfield. But when we played 4-3-3, there were no major problems. By having Callum Cooke, Harry Prichard and Hope Akpan in middle there is better balance and it gave us many choices going forward.

Anthony O’Connor filled in for Ben Richards-Everton and he didn’t have any problems. Tyler French also made his league debut and slotted into the team nicely when he came on. I think that not only French, but also fellow substitutes Shay McCartan and Danny Devine, fitted into the game very well and made it hard for Swindon to break us down.

I feel like no matter the opposition or the formation, at this level, Bradford City are able to adapt and be effective. The delivery from the wingers was great as we were able to get many shots at goal. I think that since the transfer window has closed, the squad seems more settled and we are reaping the benefits.

The fans once again were in full voice which I think adds to the players and their performances. I could see especially when Shay McCartan and Hope Akpan scored that the fans were behind the boys all the way. Even after our relegation, a better relationship is growing between players and fans.

Morecambe on the road is next up for the Bantams. The Shrimpers are struggling badly. They had a man sent off and were defeated 3-1 by Port Vale away from home. With a sold-out allocation as well, Bradford will be looking for back to back wins.

Let’s back the boys and let’s make October a great month for the club.

Like Loading...
‹ Gary Bowyer is putting the pride back into Bradford City
Strength in depth proves vital again as Bradford City climb to third ›