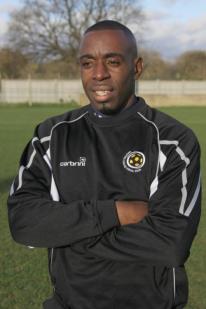 Befitting his unusual playing career, Bradford City legend Jamie Lawrence is a member of an elite group of footballers who have lifted the League Cup – despite the right winger never having played at Wembley.

Back in 1997, Jamie was an extra time substitute for Leicester City in their League Cup Final replay victory over Middlesbrough – a match played at Hillsborough stadium. Fellow Bantam alumni Steve Claridge netted the only goal, which meant Jamie and his team mates picked up winners’ medals and a place in Europe. Now the 42-year-old – who will be at Wembley on Sunday – is backing the current Bradford City squad to repeat Leicester’s triumph.

“How many Premiership teams have we knocked out along the way?” Jamie pointed out when Width of a Post asked him to assess City’s chances at Wembley. “Anything is possible, and we’ve got to remember that it’s 11 against 11. We’ve got to have a right go at them and see what happens.”

Despite the glory of his own League Cup triumph 16 years ago, Lawrence has mixed memories when looking back. Martin O’Neill had dropped him from his matchday squad for the initial match at Wembley; a game in which Leicester forced a replay thanks to a 90th minute equaliser from Emile Heskey. “I had played in every single game leading up to the final,” revealed Jamie. “So it was one of the worst moments of my career when Martin dropped me for that game.

“But what I’ve always done in my career, when I have been dropped, is work even harder to come back. In-between Wembley and the replay at Hillsborough, we had a game against Arsenal where the gaffer played all the fringe players. So I got to start and I did really well. And then we went to Hillsborough and he named me in the 14.

“I remember coming on for 20 minutes, and Steve Claridge scored a world class goal to win us the cup. Coming back home Heskey had drunk a bottle of champagne by himself, and his dad had to come onto the team bus and take him home, because he was puking up all over the place!”

It’s almost a decade since Jamie departed Valley Parade after an eventful six seasons that saw City rise into the Premier League and then begin their bumpy descent – and remarkably he is still playing, turning out for Isthmian League Division One South outfit Tooting & Mitcham United. Jamie has also enjoyed a first-hand view of Bradford City’s memorable cup run, going all the way back to the first round fixture at Notts County, back in August.

“I had attended the club’s pre-season tour of Ireland,” explained Jamie. “I know the gaffer (Phil Parkinson), so I had approached him with two players for him to look at, which he agreed to take on trial in Ireland. I already knew Kyel (Reid) and Zav (Hines), and I also got to meet a few of the other players while I was out there.

“During the tour I said to the players that, because I had a weekend off from playing football myself, I would come up for the Notts County game. I really enjoyed that match, and I remember James Hanson scored a worldly to win us the game.”

Jamie’s presence in the City away end that day did not go unnoticed, with City fans chanting his name during the match and mobbing him for autographs at the end. On the reception he received, Jamie admitted, “The hairs on the back of my neck stood up. It’s nice to still be appreciated, and that afternoon was quite emotional to tell you the truth.”

Jamie also attended the Arsenal quarter final and both legs of the Aston Villa semi finals. He believes that the strong vocal backing the players received from supporters made a huge difference. “The atmosphere was amazing, it took me right back to the days when we were playing in the Premier League or doing really well in the Championship,” he stated. “Watching the games, you get really involved in the atmosphere, and as a player it can only spur you on, because the fans act as the 12th man.

“The second leg at Villa Park was one of the best nights of sport I have ever experienced. I can only imagine what it must have been like as a player, and how the fans helped them to get through those 90 minutes. The fans were tremendous that night.”

Having seen the players up close in Ireland and from the stands on the road to Wembley, Jamie has been able to identify the qualities he believes have helped them to perform such cup miracles. “I see a lot of similarities with this team and the successful City teams I was part of,” explained Jamie. “They never know when they are dead. The spirit is great. They look like they are playing as a team and not as individuals. For me, when you get a collective team spirit like that, it can get you so much further than the individual talent available.

“The season that we went down from the Premier League, we had a lot of individuals. But I think that this season we can gatecrash the promotion party, and anything can happen as Wembley.”

The day before City march out to face Swansea, Jamie has his own game to complete as Tooting & Mitcham United welcome Worthing to the KNK stadium. A sizeable number of City supporters are planning to attend the match – something which Jamie is really excited by.

“I can’t wait to play in front of Bradford City fans again,” he revealed. “It’s been a long time. This Twitter thing has opened a lot of doors for me and I’ve got a relationship back with the fans. A lot them are saying they want to come and watch me on Saturday, and it’s a game against one of my old clubs too. So it will be really nice to have all the fans there and have a pint with them after.”

And then it’s on to Wembley with a mixture of friends accompanying Jamie that includes former Spurs, West Ham and Walsall goalkeeper Jimmy Walker (“I’ve turned him into a closet Bradford City fan!”) plus other City fans that he has become close to. Regardless of whether the club cause another upset, Jamie believes there is a lot to smile about.

“The players and management can be really, really proud of themselves. I’m also pleased for Mark Lawn and Julian Rhodes, because they have gone through some bad times at Bradford City. I firmly believe that the club is on the right path towards getting back to where they should be.”

Like Loading...
‹ Cup Final: Wembley is not just about the devoted
Cup Final: My son used to work at the Co-op ›