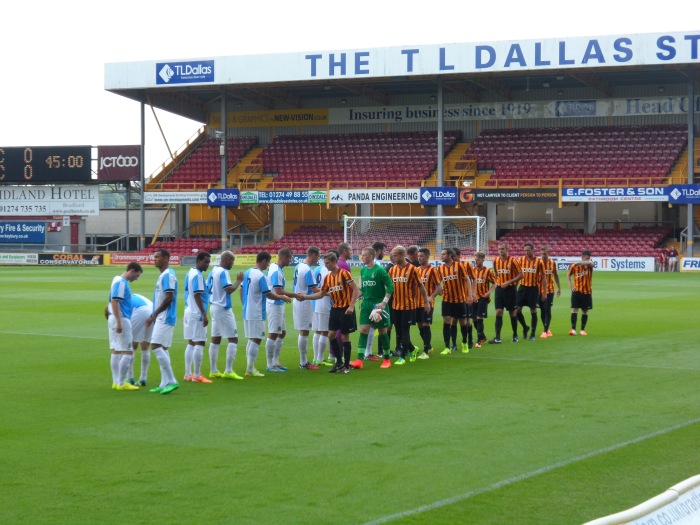 In what probably provides the most accurate barometer of the development of Phil Parkinson’s squad thus far, Bradford City convincingly held an efficient Blackburn Rovers side to one of the most closely fought and hotly contested pre-season clashes since, well, ever.

This was a friendly on paper, but one edged with all the competitiveness, desire and combativeness of the real thing. Once again, we are presented with a team greater than the sum of its parts: a unit of youth and longevity, but with well-placed experience in the likes of Gary Liddle, Stephen Darby, Andrew Davies and Rory McArdle.

These players, although many are new to the Bantams faithful, already look eager and determined to match the affection in which their predecessors were rightfully held. After losing possession, for example, Billy Clarke raced back to City’s 18-yard box to – successfully – hound the ball back; Liddle later sprinted a good four metres to deliver a ruthlessly crunching tackle. No one should ever read too much into pre-season, but these initial sightings will undoubtedly provide relief to those worrying about the heirs to Jones’ and Doyle’s midfield.

The Bantams initially fielded what one would perceive, bar the ongoing absence of Aaron Mclean, to be a full-strength side, with all of the new summer recruits making their Valley Parade debuts as Parkinson continued to polish his diamond formation. With Billy Knott at the helm in the hole, Rafa De Vita and Matty Dolan made up the flanks, Liddle anchoring while James Hanson and Clarke framed the forward line.

And the diamond worked well. Bradford were creatively playing between the lines, shifting as a unit, and it’s obvious Parkinson has the intelligent ball players required to make the system work. City were never outnumbered in midfield and valiantly held their own. Liddle probed and hounded and set up the play with a work ethic Gary Jones would be proud of, later moving into a more box-to-box role as he and Dolan seamlessly interchanged. Knott utilised the space well and played countless defence-splitting passes to Hanson and Clarke – it’s clear the former Sunderland prospect possesses not only the brain to play in the formation, but the pace and technical attributes to boot.

De Vita, though offering nothing too fancy, performed tidily before an injury forced him off, providing the link between Darby and Hanson to continue the attacks, even if, at first, he offered little defensively. The diamond’s lack of width meant there was often space out wide willing to be exploited, and there was a period where Darby was under prolonged siege before finding his feet, and Liddle and Dolan shifted to marshal the back four. Time will tell whether De Vita’s cumulative efforts are enough to warrant a new contract. He is undoubtedly composed enough to find a place, but the Italian lacked match sharpness and may struggle to break through amidst a plethora of alternatives.

This isn’t total revolution: directness, of course, is still evident, adding the unpredictability and balance City will need in the coming campaign, but it wasn’t Plan A, and having the energetic Knott to sweep up Hanson’s knockdowns brought a fluidity and ingenuity that just wasn’t there last season. Billy Clarke curled a free kick just over the crossbar from close range, while Hanson and Sheehan both directed shots just wide in efforts that had stemmed from hugely admirable build-up play.

At the other end of the pitch, Jordan Pickford looked secure and patrolled his area with a confidence that belies his tender years, catching the eye with a number of challenging and brave saves. Alan Sheehan’s tenacity and verve were also of note and the defender is a class, class act. In the second half especially, we were treated to a full showing of the Irishman’s enthralling attacking talents when he pressed forwards with a number of quick and considered passes, creating an overload on the left hand side to exploit the space.

As the second half loomed into view, Mark Yeates replaced De Vita and made an immediate impact, pinging a delightful ball to Hanson that Clarke ultimately saw saved. Knott later made way for Kennedy as Yeates slipped into the hole. Yeates, last season’s forgotten man, looked revitalised and relished the greater freedom the diamond affords. What, last season, was mistaken for a lack of positional discipline was very much the order of the day, with the wideman flourishing at the tip of the diamond as he timed his runs and deliveries perfectly. All the while, Sheehan was a bullet of blistering pace and trickery, and complemented his Athlone compatriot perfectly.

The positive tone was maintained for much of the second half, with Parkinson tinkering his charges periodically. Oli McBurnie and Lewis Clarkson replaced Clarke and Hanson in a double substitution, and both troubled the Blackburn goal with clever runs and tackles. James Meredith followed Liddle into the holding midfielder role and did well. Potential goalkeeper Matthew Urwin, an ex-Rovers prospect, had very little, if anything, to do, so was difficult to judge. Two other trialists – French defender Christopher Routis and midfielder Mo Shariff – filled in for Davies and Dolan respectively. Shariff looks a bright prospect, if raw, and delivered several cutting passes; Routis seems fierce and dependable.

The changes marked the end of an afternoon that had heralded many positives. What was clear from the outset today was that Parkinson has the players with the hunger and ability to make this diamond work well, and, whatever teething problems still need to be ironed out in the coming weeks as the new style is tweaked, there were hardly any glaringly obvious errors in his formation, other than the absence of Mclean. The stakes riding on the former Hull man are no secret, so it is frustrating to see the team gelling without him, especially as his return will disrupt the forward line so pivotal to the diamond’s success.

The De Vita conundrum also remains unresolved and the Italian will be hoping today has given Parkinson some positive food for thought – in any case, the noises suggest new arrivals are still impending – but the early signs are nonetheless so promising. The diamond is no longer a glint in someone’s eye, or even a diamond in the rough; it’s materialising here, right now, with these players, and convincingly enough to get you salivating for the opening day.

While the diamond may not yet be sparkling, it is most certainly shining. 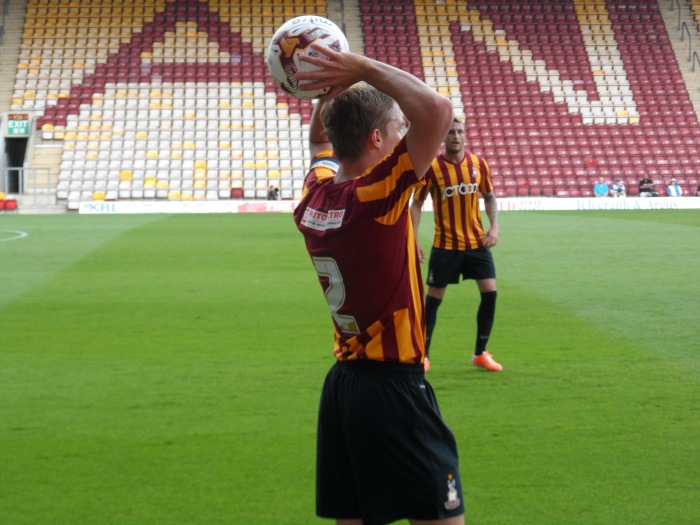