Bradford City bow out of the JPT at first attempt 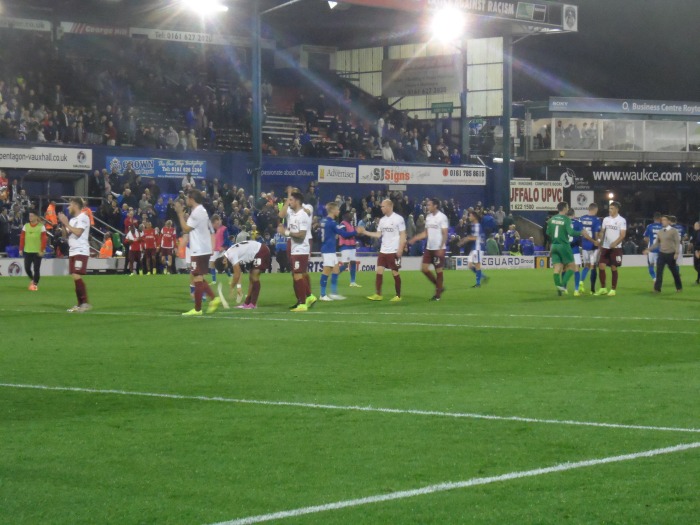 An 88th minute winner from substitute Jordan Bove was enough for Oldham to knock Bradford City out of this year’s Johnstone’s Paint Trophy. An even but uneventful affair, City had the better of the chances: the best falling to Mark Yeates. Unfortunately for the Irishman, his drive from outside the box thudded against the post.

Yeates was one of five changes from the victorious side against Rochdale; with defender Christopher Routis making his debut for the club. Whilst some will question the importance of this tournament, an argument in favour of it is the opportunity that it gives to blood players like Routis. Yes, this game and competition lacks the glamour and hype of other cup games – but nonetheless, it is a competitive environment in which to assess a player.

This was my first viewing of Routis, and I thought the Frenchman performed well. A footballing centre half, he looked composed and comfortable in possession. An athletic individual, he was solid and strong in the air. Certainly a good addition to our defensive unit, the question will be asked: is he ready for the league? On this performance, maybe. Routis seems to have skills, and his comments in the press suggest he is a confident person who wants to play at the highest stage.

Oli McBurnie, who made his Football League debut at this ground last season, had the opportunity to give City the lead in the fifteenth minute. Unfortunately, his header from Alan Sheehan’s corner was sent wide. Much is expected of the academy product, but games like tonight are encouraging signs that he is making steady progression. Compared to the 2013/14 version, this season’s McBurnie seems a bit more physical and he stood up to the experienced man mountain that is George Elokobi.

Sheehan – who reverted back to his natural left back position – produced several inviting crosses, with Jason Kennedy missing another good heading opportunity mid way through the half. Oldham also had their chances, with Amari Morgan-Smith and James Dayton both coming close.

Sheehan’s crossing was becoming increasingly influential and, early in the second half, after his initial cross was missed by Aaron Mclean, Kennedy found himself in a similar goal scoring opportunity to the one at Rochdale. Unfortunately, he was unable to convert the opportunity this time, as his shot was deflected for a corner.

In a game which lacked cutting edge and class, more was needed from the likes of Matty Dolan and Yeates. The latter did improve as the game went on, but the same can’t be said for Dolan. One would have assumed Dolan was to be a regular starter on the eve of this campaign, but he has been leapfrogged by Kennedy.

On tonight’s showing, Kennedy is way ahead in the pecking order. The former Rochdale man was involved throughout and was one of City’s main goal threats. After a long ball from Yeates was retrieved by Mclean, the striker’s fizzing low ball found Kennedy whose shot was again blocked.

The introduction of the referee’s vanishing spray brought cheers amongst the 600 or so City fans and they were nearly celebrating the breakthrough goal midway through the second half. McBurnie’s inviting pass to Yeates (credit also has to go Stephan Darby: his lung-busting overlap run created the space for McBurnie to find Yeates) saw the former Watford man’s effort bounce off Paul Rachubka’s post. From the resulting live ball, Darby’s cross found Mclean who was unable to get his header on target.

Mclean endured another frustrating evening. He had half chances in both halves, but didn’t look like scoring at any point. City returned to a more direct approach, but as last season demonstrated this doesn’t seem to get the best out of Mclean.  At this moment in time, Mason Bennett looks the better option to partner James Hanson up front, and the pair came on in the final minutes as Parkinson looked for victory.

However it was Oldham’s substitutes who won the game. After Hanson was robbed of possession deep in the City half, Carl Winchester’s stinging low cross was parried by Pickford into the path of the oncoming Bove, who smashed home. 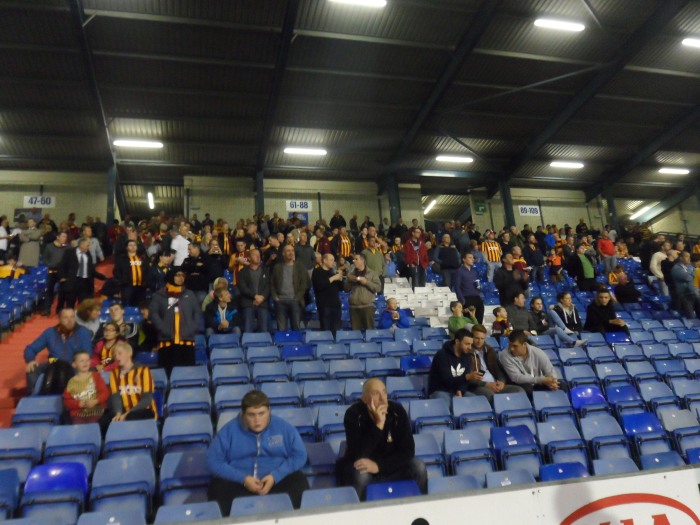 Like Loading...
‹ The significance of cup competitions as City go to Oldham in the JPT
The spectre of Beeston ›