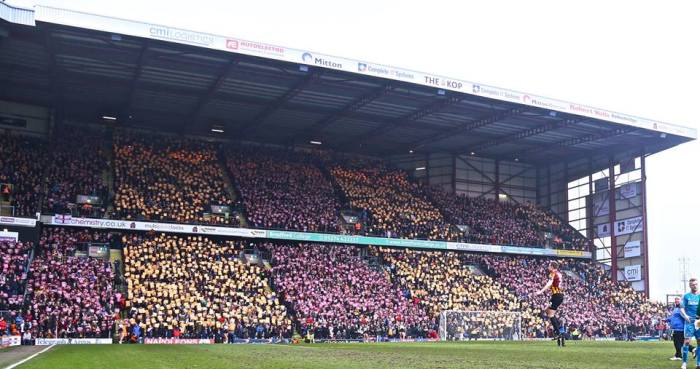 Hull City and Cardiff City have campaigned for the traditional identities of their respective clubs to remain unchanged. The cod catchers in particular resisted the loss of their ‘City’ name.

Closer to home, who remembers the animated passions in 1974 when Chairman Bob Martin sought to rename BCAFC as Bradford Metro? In response, Stafford Heginbotham’s defence was that the first name on the current FA Cup trophy was Bradford City AFC and the club’s identity should remain unaltered. Indeed. So how would BCAFC supporters respond in 2015 if a new owner decided to rename the club?

Whilst coverage of BCAFC has never been greater, my general impression is that mentions of the club in the national media have tended to be superficial at best and invariably patronising. I see no difference between the contemptuous attitude of the BBC in 2015 to that of Sky in 1999, for example, and frankly I doubt that it will change. 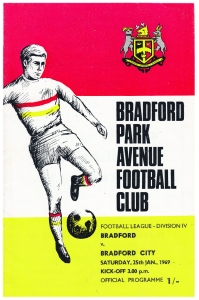 But what I have found offensive has been the lazy shorthand for BCAFC as ‘Bradford’. See for yourself the classified results or league tables in newspapers and you will find that the press has no difficulty with referring to Bristol City, Cambridge United or Oxford United by their full name, but it has always been a problem so far as BCAFC has been concerned. There are anomalies such as reference to Fleetwood Town or Crawley Town in full and yet BCAFC remains plain Bradford.

I will not conceal that it winds me up and I see it as another example of the couldn’t care less attitude of the national press about our club, both disrespectful and ignorant of our history.

You don’t refer to Dundee United as Dundee and even if Dundee FC became as irrelevant as our former town rivals, would that justify calling Dundee United ‘Dundee’?

The fact that Bradford (PA) is out of the Football League is irrelevant, the identity of our club has and always will be Bradford City. Put simply, when you refer to a football club, ‘Bradford’ is Bradford (PA) and not BCAFC. For good measure, note that we have always been known as Bradford City AFC – as distinct from FC which was traditionally associated with rugby.

My concern is that if left to the national media our club will come to be known as simply ‘Bradford’, whether we want it or not and come the day that there is a new owner at Valley Parade the renaming of BCAFC will have been all but complete. We have a new generation of supporters and, dare I say, glory hunters donning the claret and amber. Reference to our club as ‘Bradford’ is becoming so commonplace in the media and on pirate merchandise that it is almost becoming the norm. Whilst on a different scale it is much the same as the creeping Americanisation of the English language. 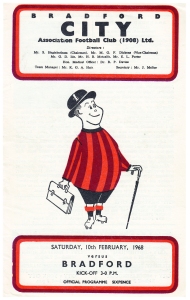 I won’t conceal frustration that BCAFC itself allows the club to be referred to as ‘Bradford’ in the club programme, which seems to me a total abdication of brand management. Nottingham Forest fans make a stink about being called Notts Forest and are not ashamed to protest about it. Shouldn’t BCAFC supporters make a stand for accuracy?

I appreciate that some will consider this a matter of pedantry, but I see it as a matter of trying to safeguard the club’s identity. As Heginbotham reminded people, the first name on the current FA Cup trophy was Bradford City AFC. In the year when we may get closer than at any time since 1911 to the FA Cup final, wouldn’t it be good to be known as Bradford City AFC?

Like Loading...
‹ A tough night for Bradford City but the play off dream is still on
The urgent need for a drastic ticket rethink ›