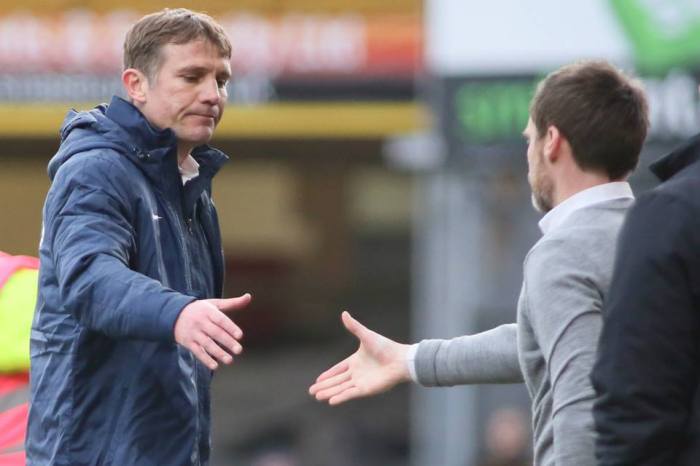 In the wake of Bradford City blowing a two-goal lead against Fleetwood Town on Saturday, WOAP pundits Damien Wilkinson, Gareth Walker and Mahesh Johal reflect on what went wrong and where it leaves the Bantams’ play off hopes.

How did City end up throwing that one away?

Damien: Blimey, for some reason that feel like one of the most disappointing results of a season, particularly given we seem to make a habit of snatching a draw from the jaws of victory. A team with genuine play off contentions has surely got to see that one out?

So how did we blow it? 85 minutes of very comfortable play, with City absolutely controlling the game and restricting Fleetwood to little in the way of chances. Five minutes to go and it was very much see things out and get a much-needed three points.

However, things quickly changed – a fairly sloppy goal shouldn’t really have made any difference and should have just been a consolation. But instead it created mass panic, both in the team, and unfortunately, the fans, who very much pressed the ‘attack, attack’ button – an overall mood which seemed to create uncertainty with City not really knowing whether to stick or twist.

Coupled with a very generous five minutes of injury time, the outcome was almost inevitable and Fleetwood duly obliged a couple of minutes into injury time, after pressuring the City goal.

Very frustrating and this was hideously compounded in the closing stages with a glorious chance spurned by Francois Zoko, which evoked a Jim Bowen meets Gordon Watson “here’s what you could have had” moment of glory, as his shot spun woefully wide.  Got to put those chances away…

Gareth: The substitutions were poor. Were they needed when they were made, and did the players who came on do enough? The answer to both of these questions is no, in my opinion.

The midfield disappeared, we lost all our shape and Zoko became isolated up top.

Every team that comes to Valley Parade knows that we are a soft touch late in games. Nine points lost to stoppage time goals speaks volumes and shows that there is something fundamentally wrong that Phil Parkinson needs to put right.

Mahesh: I’m still not sure to be honest as I felt we were cruising to the three points. Yes, things became scrappy in the last quarter of an hour but I didn’t feel Fleetwood offered anything to get alarm bells ringing.

Questions have been raised about the substitutions. Like Gareth, I was unsure about our shape when Matty Dolan and Andy Halliday both came on. However we had enough on that field to see the game out and to lose more points in this fashion is criminal.

Maybe our last minute fragility is a bigger problem than first thought? There was a definite change in atmosphere after their first goal and there was a sense of inevitability they would have at least one chance to equalise.

What positives did you take from the game?

Gareth: I thought that Christopher Routis and Billy Clarke both had good games and that Mark Yeates was more influential than he has been in a long time. The tiredness that had looked to be a major issue in other games recently didn’t seem as noticeable either.

On the whole we were a far better team than Fleetwood which is good but that just makes the result even more annoying.

Damien: The positives were mainly the fact that we outplayed a promotion rival for the bulk of the game, and also that we didn’t seem to suffer any sort of hangover from the FA Cup exit. Coupled with a pitch that still remains very problematic, we would otherwise have been purring with a job well done bar the disappointing finale.

Oh, and almost forgetting that we didn’t lose either!

Mahesh: I’m with Damien on this one. If Fleetwood are above us and are “play off contenders” we have a chance. I thought they were a bang average side. I guess that’s why the result was disappointing because I think we are a far better side that them. 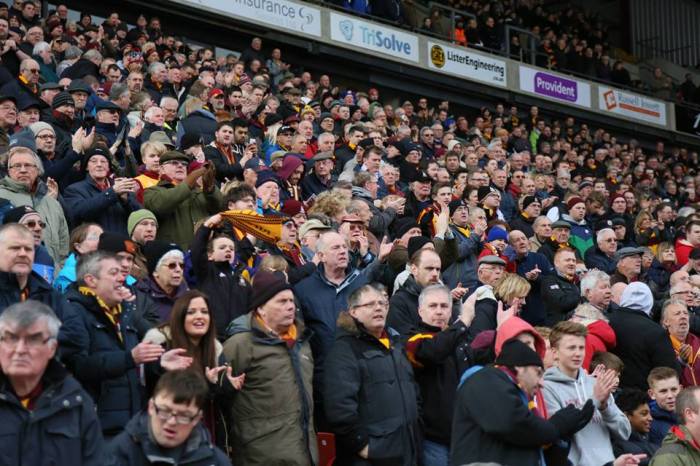 What are your impressions of Gary MacKenzie and would you look to sign him next season?

Mahesh: He seems a solid player and has performed ably in the two games I have watched him play in. He’s here as a back up and I feel more confident in him deputising for Andrew Davies than Alan Sheehan at the moment.

Questions about his longevity have to be asked; especially coming off such a serious injury. If he’s available and the money is right, then I would take it him on next season. Equally, if we do have the bigger budget that Mark Lawn has suggested, I’m sure we could find someone as good if not better in the summer.

Damien: MacKenzie did okay in my book and looked reasonably solid in the main. Having said that we still miss the sheer presence of Andrew Davies, and whilst I am not saying he would have prevented the result, there is a certain confidence that he provides to the team (and fans).

From what I have seen, and noting MacKenzie is far from injury free (which hopefully can be timed to avoid those of Davies!) I would like to see him here next season.

Gareth: MacKenzie is a big strong centre back who looks fully committed and is aerially dominant. He’s not got the classiness on the ball of Andrew Davies and I don’t know if he’d be consistent enough to be a regular in a promotion chasing side, but he is certainly a steady League One player.

It does worry me that he’s not deemed good enough for a Blackpool side that have the worst defence in the country.

Whether I’d sign him or not would hinge on Andrew Davies’ future and what our ambitions are for next season.

What are your thoughts on City’s run-in and play off hopes?

Gareth: The run-in is tough with a lot of big teams still to play. I was worried before the game that the season may peter out after the Reading defeat and I felt that way even more at the final whistle.

It’s a shame that we still need eight points to match last season’s total, because I think that we’ll end up only slightly above that tally when really we should be doing far better.

The team has shown its potential in glimpses this season and even though I don’t think that we’ll make the play offs this time around, next season should be seen as a chance to back the manager and have a real crack at promotion with no excuses.

If Parkinson can finally find a prolific striker thus summer (something which he’s struggled to do so far at City), and also add some wily steel to the team, there is cause for optimism.

Mahesh: We are right in this play off hunt and there’s no team to fear. I think it’s a classic run in against many of the teams in and around the play off spots. Not many of them will fancy coming to Valley Parade, so we need to make sure our home form is on point.

The Fleetwood result will hurt so it’s imperative that the team get over it this week in Portugal and go again against Oldham.

Damien: Play off wise, we need to be very positive. Given the tightness of the play off pack coupled with the results we keep seeing, and the fact that City have a number of key rivals to play over the coming weeks, Saturday’s result isn’t the end of the world all things considered.

We do need to get some wins on the board though but remember that we have been very consistent in the league since November. We are difficult to beat and the prize is still in our grasp!