Home › Opinion › Dignity – the trait we know so well

Dignity – the trait we know so well 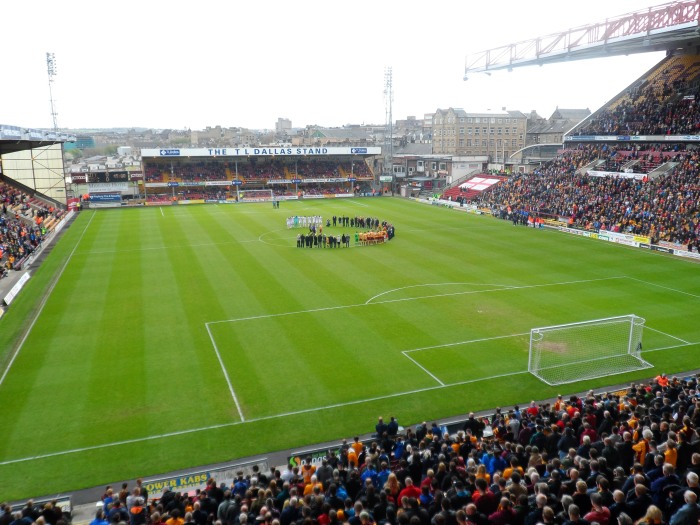 On the general scale of enjoyability, last week was somewhere between zero and one. A heavy defeat, takeover rumours, and a book about the fire disaster left many of us feeling either down in the mouth or with something of a sour taste in it.

After so much positive publicity this season, our club is under the spotlight and much of it is unnerving, sad, or downright depressing by association (aware that many are delighted about the takeover rumours, unlike worried old me – a risk-averse wimp).

As attention turns to the commemoration on Saturday, and the memorial of the 30th anniversary of the fire disaster in a few weeks, the club is going to be in even sharper focus. Journalists are going to be in the city in numbers. The majority will be respectful; a few might be looking for a lurid headline. TV and radio crews will be conspicuous. Some politicians will be on the lookout for a bandwagon to jump on.

Every time we open a newspaper, click a news site, flick a button on the remote control, or turn the dial on the radio we will hear and see familiar scenes of the present and awful scenes of the past. Accompanying the pain this year is an undercurrent of insinuation and ugliness. At a difficult enough time, it almost feels like we need to don a suit of armour.

Well screw that, we don’t need one thank you very much. Thirty years on, we will steadfastly refuse to let this overshadow what really matters.

For 30 years the city of Bradford has responded to that horrific day with dignity and tried its utmost to stare down the awful memory of what happened with dignity. I was there that day, one of my very first games. One of the things the club and the fans have taught me since then is the value and importance of dignity.

Amongst the twitter maelstrom David Pendleton captured it perfectly when he said: “For 30 years #bcafc fans have been praised for their dignified & measured response to the fire. Let’s keep that at the forefront of our minds.”

There is much hurt, sadness and anger at the moment. All of that is perfectly understandable, but now is the time to focus on what really matters. Blame, rumour, accusation, counter-accusation, insinuation, and finger-pointing threaten to turn the thirtieth anniversary into something as utterly offensive as being background to a spat.

That is completely ludicrous. It overlooks what matters. Others may or may not have an agenda but we do and it is a bigger and more important one – it is about honouring and remembering.

I’ll hold my hands up, this applies to me too. I’ve reacted hot-headedly to a lot of what I’ve seen and read in the past few days, but sitting down and analysing it, that is not the right reaction. It is time to be the bigger man. Shouting about journalists and lashing out at MPs only adds to the ugliness.

Looking back to a little me, running away terrified that day, he wouldn’t want me to be chasing people around angrily 30 years on. He’d want me to sit down, reflect, remember, and respect – just like I’ve done every other year. Dignity.

With the focus on the club and the city, this is when we once again show what Bradford City is all about. This is a special club with a special bond and a fantastic tight-knit community of unbelievable support. Many of us have been through some form of hell with the club, some to an unthinkable level. Somehow this has tied us closer to the club and it tells.

Are we fashionable? No chance. Do we feel honoured that we’ve ended up supporting this funny old team? Immensely. We don’t wear our badge as a fancy logo to show off, we wear it because we are intrinsically connected to the club. Above and beyond what happens on the pitch there are deeper bonds between this club and its fans. A lot of it traces back to 1985.

Head down to Valley Parade on any given day and you’re guaranteed to bump into old friends and faces from the past that bring this to life. They possess that trait – a total and unswerving loyalty through the thick and the thin – which is built on something so much more than title wins, fame or glory. It’s something unique that nobody else can grasp or pick at.

This is part of the reason why we’re reminded so often what great supporters we are. Look at Swansea where we gained the admiration of the world. Away at Chelsea. At home to Sunderland, where our fans played a part in blowing the socks off an expensively-assembled Premiership team. Amusingly, someone from the Sunderland dugout responded to that by trying to encourage his own supporters. Here’s a point he missed, you can’t artificially create support like that, it just happens. It’s from the heart.

Away at Doncaster when a song about a pie of all things went viral. The game at MK Dons last season – a brand new fan base up against us – they never even stood a chance. The flat caps. The charity activities. The people who work tirelessly to raise money in their spare time. The charity single that has just been released. Amazing.

It isn’t just in the good times. When the chips are down, as they’ve been so often, the fans and the city respond magnificently. Preston, Bristol City, Blackpool away, the Taylor-era, Burton away, the fire disaster – time and time again people demonstrate why this group of fans are unique. It’s that deep-seated bond that drives it.

There have been countless examples where the fans of this special club take your breath away. It puts a smile on your face. I’m smiling now. The reason is because #bcafc and its quirky, unique, tragic, rollercoaster history is weaved into our DNA. Enough of the rage, it just isn’t befitting.

All of this is not to say we should ignore what is happening or be ‘senile’, as the city has been harshly described. Debate is right. Questions will and should be asked. I’ve got dozens. ‘Question everything’, somebody wise once wrote. In this case that is critical. What they didn’t write was ‘shout and rant’.

That has nothing to do with dignity.

Like the club is a big part of our DNA, so the events of 1985 are weaved into the DNA of the club. That is why these recent developments hurt so much. But when people talk or write, as they have, about a ‘cesspit’, let others be the ones holding the hose that fills it.

Because as they do that, we’ll be the ones focusing on remembering and honouring with dignity, the trait we know so well.

That is what matters above everything else at the moment.

A special edition of the City Gent – remembering the anniversary of the Valley Parade fire – goes on sale this Saturday. £1 of every copy sold will be donated to the Burns Unit.

Like Loading...
‹ The romance of Scunthorpe as Bradford City players face up to uncertain futures
A season of positives reaches its home conclusion as Barnsley come to town ›