Phil Parkinson set to shake things up, but ability must ultimately come first 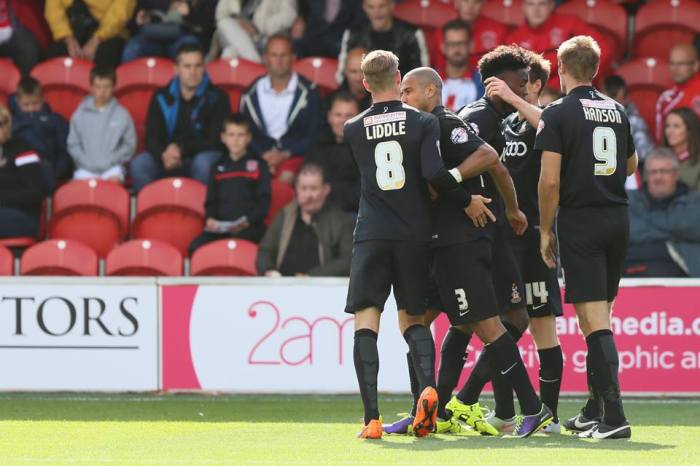 It’s a common trait of the football fan that, when things are going wrong for their team, they look towards the unknown. If there is a player who has been cast onto the sidelines for a long time, a recent signing yet to break into the team, or a youngster showing promise in the reserves, they are inevitably held up as the answer to the first team’s problems. The hero in waiting, wrongly ignored by the manager.

But whilst it can sometimes prove to be the case that an overlooked player comes in and makes a huge impact, the reality for us fans is that we are simply guessing that they could be the difference. If a player is on the sidelines rather than being on the field, we are not watching them perform and cannot form a judgement. We do not know if they can provide a missing spark. We do not know if they are capable of being the catalyst for change. We do not know if they merit a place in the team.

And this is a really important point. Football management is about deploying successful tactics and picking the best team to suit it. The complications arise from all those uncontrollable and variable factors – how the opposition counters your approach, injuries and suspensions, and a dodgy referee. Your own players might not follow the tactics in the way you intend, or simply don’t perform to their capability. And as Phil Parkinson has noted of his players after the defeats to Peterborough and Colchester, they might react poorly to adverse moments.

A manager will always be judged by his club’s fanbase and boardroom on the back of the teams that he builds, and the way they try to play football, but he will only ever succeed if he has the buy-in of his players, away from the spotlight. This is why team selections cannot be random and untried players cannot simply be thrown in just to give them an opportunity.

We fans only see a couple of hours of a footballer’s week’s work. We do not see them in training and how they fare in fitness exercises and practice matches. We do not see how they interact with each other and their manager. But the players do. And whilst players not in the team will always have gripes and can sometimes be justified to be upset with their manager, as a group Parkinson must treat them all fairly and select what he believes is his strongest team.

As supporters we can sometimes place too much emphasis on the form guide and forget the need to pick the strongest XI. “Drop Hanson/Darby/Davies” is the demand, “Bring in James/Leigh/Mottley-Henry” is the answer. But are these better players? Will they make City stronger? Dropping people for poor displays needs to happen sometimes, but only when the alternative options are as good if not better, and only when they merit it.

Such dilemmas can be answered on the training field, which we do not see. Dylan Mottley-Henry might be a player of immense promise and have a bright future in the game – but right now, the biggest question is of how he is faring up day-in-day out against other Bradford City players. Is he skinning Stephen Darby in practice matches, or blowing hot and cold? Does he have the physical capability to stamp his authority on a game? Does he have the mental strength to keep going if a couple of things go wrong for him?

The truth is we supporters do not know. And whilst we can argue “just give him a chance” and fling him into the starting XI, if his training ground and reserve team performances show to Parkinson that he is not quite ready for that responsibility, and that he doesn’t quite deserve to start ahead of others just yet, the manager would be foolish to take that punt.

His reputation is on the line. His continued efforts to lead and inspire his players would be undermined. Even if – as we have seen – it means picking someone out of position to play ahead of someone on the fringes, it might still be the right decision when weighing everything up.

The other problem with such haphazard team selecting is that it can lower the overall standards. Mottley-Henry and James might feel they deserve a place in the team – I hope they do believe in themselves – but if they are not quite meeting the standard set by others, they cannot just be pushed in. They need to reach those standards; they need to raise the bar rather than have it lowered for them.

In a sense that is what has unfortunately happened in the goalkeeping department. Ben Williams began the season in goal and struggled badly. He didn’t merit his place, but for a time there was no one else available to take it. Brad Jones was signed, and Williams’ performances suddenly improved. The bar moved upwards, with Jones pushing Williams hard for his chance.

But then Williams made one, somewhat weather-assisted mistake, and was dropped. It was harsh, and Parkinson’s decision has been made worse by Jones failing to justify his elevation with a series of poor displays. No one can argue that Jones’ performances are better than Williams’. The result is that the bar has dropped, and neither keeper has benefited from this.

Competition works both ways, and players who have under-performed of late cannot simply be allowed to keep their shirt just because of their reputation and past achievements. But competition has to be real, rather than manufactured.

Parkinson, unlike us supporters, has full access to those who truly merits their places. He has to justify those decisions to an awful lot of people, but he will never get anywhere if he steers away from picking his best team and starts gambling on others.