Home › Opinion › The season so far: The best and the worst of Bradford City

The season so far: The best and the worst of Bradford City 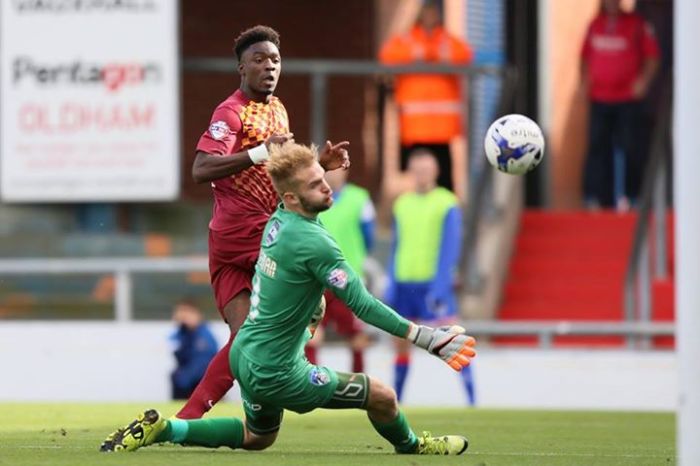 Best moment of the season

Kieran: Devante Cole’s goal against Oldham. A cracking away win and the first time in the season where it felt like we might get going (even if this was perhaps a false dawn).

Ian: The last two home games – the team finally showing it could be a decent season after slow start.

Tom: The ground erupting as Cole bundled in that last minute winner against Port Vale. Great to see a late goal in our favour, the end of a bad run of results and possibly the start of a prosperous career at City for Devante Cole.

Worst moment of the season

Nikhil: The defeat to Swindon on the first day of the campaign – all of the pre-season optimism obliterated in 90 minutes. The fact we conceded three to a left back made it worse…

Tom: The Gillingham defeat – City looked devoid of ideas and of a way to break through. Whilst we now know the Gills are real contenders – at the time we looked lacking in character and a long way off the pace.

Ian: Paul Anderson’s leg break, just when he was starting to show why we signed him.

Kieran: Colchester away. The last thing that you want from an epic midweek away trip is to throw goals away and put in a gutless showing. A long journey back to ponder on that result.

Ian: Bury at home. The team played well against a team in form and showed its potential at last.

Kieran: The Bury game, especially the second half. A fine, swashbuckling performance against a much fancied side.

Nikhil: I’ve missed a few, but the best I’ve seen was the win away at Oldham. Wasn’t always the most convincing but we looked comfortable and Cole scored a lovely goal.

Nikhil: Again from the games I’ve seen, Reece Burke at Oldham away. He’s looked solid always for City and is very composed on the ball.

Tom: Not in a specific game but Rory McArdle has been excellent. ‘Rozza’ has made big strides in the last three years. Strong, committed and calm – a great foil for young Reece Burke. Well deserving of his goal last Tuesday – as Parkinson said, he should get more.

Ian: Apart from amount of injuries, I don’t think we’ve seen the best of Mark Marshall who I think could do more.

Nikhil: The inconsistency- we’ve had a few good results but then have lost soon after, meaning we haven’t been able to put a run together to get us up close to the play offs. However, this looks like it could’ve changed with recent results…

Kieran: The number of leads that we have thrown away this season. I suppose football is all about “what ifs?” but we have had a habit of shooting ourselves in the foot this season. Hopefully this is a bad habit that we are now kicking.

Tom: Morais, Clarke, Morris, Anderson, Davies – we have been incredibly unlucky with injuries. Morris and Clarke are big players to come in next Saturday. Hopefully we will see Anderson and Morais again to give us the lift we need in April.

Kieran: The signing of Cole (and on a permanent deal at that). The sort of signing that we have needed (but failed to make) since the loss of one N. Wells.

Ian: Although necessary due to injuries, the return of Kyel Reid has been a welcome surprise and his infectious personality seems to have lifted the club.

Tom: Brad Jones – whilst I was somewhat amused at the headlines calling him ‘an experienced keeper’ (21 games in the last five years!) I thought he had enough in his locker to dislodge Ben Williams.

Nikhil: Devante Cole and Reece Burke. Cole due to how fast he’s scored and established himself and Burke for the performances he’s shown for his age – he’s exceptionally composed and his defensive skills are second to none at this level.

Biggest hope for the rest of the season

Tom: With the return of Josh Morris and Billy Clarke, we now have competition for places and options from the bench that are far superior to ever before – especially for the positions of goalkeeper, centre midfield, winger and centre forward. I hope that this keeps everyone on their toes and inspires a run into the play offs before Christmas.

Ian: That the club and players continue to buy into Phil Parkinson’s philosophy, because if they do we won’t be far short of the play offs. The further development of Devante Cole into the goal-poacher we’ve missed since Nahki Wells left. Hopefully no more long term injuries, we’ve had our share.

Nikhil: That we can keep our consistency and keep Cole scoring. If we do so, the play offs may not be out of reach after all. However, this would take a lot and City would need to find solid consistency, which they sometimes struggle to achieve.

Kieran: Turning the home form around. If we’re to get anywhere near the play offs, Valley Parade needs to be tougher for teams to visit.