Bradford City have the right mentality for a promotion push 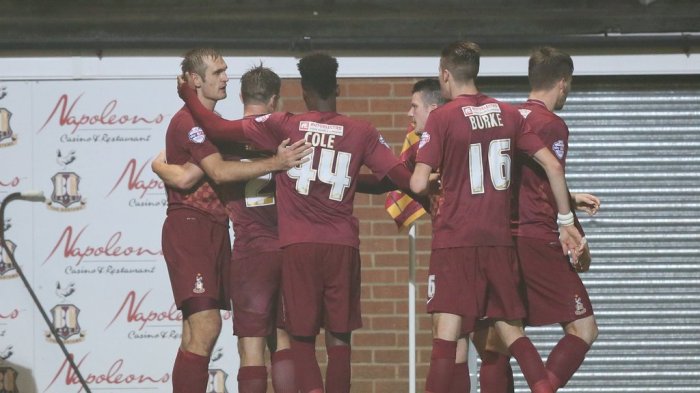 Bradford City’s home game with Southend United was postponed this weekend, leaving the Bantams with a gap between fixtures and an opportunity to take stock of the season so far.

Ahead of the busy Christmas period, City’s 20 league fixtures have returned 31 points, an average of 1.55 per game. They are pushing for promotion in as wide open of a division as City have been a part of in years. The springboard is there to shoot for the moon.

And that strong positioning is once again verification of the qualities of Phil Parkinson. It has not been smooth sailing, and the excuses were there to be made for any under-performance, but City have overcome considerable set backs to take their place in the promotion race.

The chief quality from Parkinson has been his composure and determination through the adversity. It was a truly shocking start to the season, with one point and three defeats from the opening four games. The performances were lacklustre, the problems looked huge. But since a dire 2-1 home defeat to Gillingham in August, it is remarkable that they have only lost three of their subsequent 17 league games.

Even then, two of those defeats prompted another round of supporter panic. The reaction to the consecutive 2-0 losses against Peterborough and Colchester was not pretty, and some unkind things were said about Parkinson. But just like so many instances over his four years in charge, Parkinson proved his ability to turn things around. 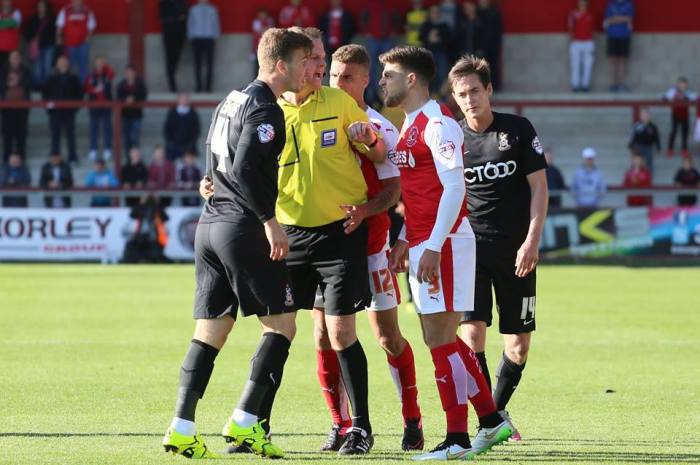 At Valley Parade the gloom of defeat always feels disproportionately heavy. Two bad performances becomes a crisis, when it should be treated more of a set back. You see former City managers who were clearly riled by this supporter reaction and inadvertently contribute to the crisis running on. Not Parkinson. He picks the players up and gets them to produce brave performances to turn it around.

The excuses, as they might have been, come from the long-term injuries. To lose Paul Anderson, Filipe Morais, Josh Morris, Steve Davies and Billy Clarke for long periods, but still keep pushing, makes the form of October and November even more impressive. It underlines the real depth of the squad that they can continue to function so well.

City have become more dogged, tougher and resilient. They are not always pretty on the eye, although still play good football at other times. They have been remarkably consistent, at least of late. The players have bought into what the manager demands of them.

They are well managed, that much is obvious. Their mentality is the most striking feature. In a way, the players’ own standards and expectations are now higher than supporters. They talk openly about going for promotion when in the past they would have batted away such questions. They are thinking like a top six League One club, they are acting like they believe they can ultimately play in the Championship.

I would argue that player standards are higher than we supporters because of the bar of what it takes to get into the team. You still hear these demands from some fans for Luke James to start in games, when the reality is that he has so far proven short of looking a player capable of leading the line in a League One promotion-pushing side. You see players like Tony McMahon grab a first team jersey and give everything they can to keep it, and in succeeding he keep some very good players out of the side. You watch strong, solid performance after strong, solid performance, and it is no surprise that the team remains largely unchanged.

People like Reece Burke and Lee Evans have not only improved the team but caused others to raise their game to in order keep up. Billy Knott and Nathan Clarke are two examples of players taking on that mantle and delivering better performances. There is a clear player culture of working hard, doing their jobs, and never switching off. Parkinson must be so proud of the way they have responded to his instructions and bought into his vision.

The gauntlet is there to those not in the team to keep pushing those who are, and City will only get better for it. Who, last summer, would have thought Gary Liddle would struggle to get into the team? After a blistering start, Devante Cole is not in the side at the moment. James Hanson was dropped for a spell. James Meredith is under real pressure from Greg Leigh.

You want those on the fringes to respond in the right way and to push hard. It won’t happen with them all and, indeed, there a whispers that Cole has taken it so badly that the relationship with his manager has grown frosty. Hopefully Cole will show the right attitude, because going the other way and causing problems risks derailing what City have achieved so far. You want Cole to be unhappy to have lost his place, but to show the stomach to fight for it. Time will tell.

City’s defence has recovered from that awful start and have been outstanding, aided by the much improved and confident Ben Williams. At the other end, the picture is more patchy and doubts remain. City don’t score enough goals, and don’t create enough chances. There is a cautious element to the attacking play that means not enough players get forward, especially into the box.

There is a debate raging about how much this matters. Examples cited of teams who have been promoted despite a low goal output. If City can continue to be such a tough nut to crack at the other end, 1-0 wins will be enough to keep City in the hunt, is the argument.

However, you worry about whether a lack of goals will prove costly in the final shake up. If during certain, tight contests, a failure to create enough chances will lead to draws when wins are needed. The recent encounter with Coventry was a good example of this. A fine performance from City and both teams deserved a point, but with a bit more risk the Bantams might have nicked it. There might be similar games late on in the season.

The debate about the merits of each striker fuels much of this discussion, but it is also about creating chances and, in particular, midfielders pushing forwards. The increasing evolution of Evans to a “quarter back” role could be the answer, in that Knott can push on with fewer defensive responsibilities, and Reid can be free to roam around more and come in off the wing to back up the front two (like his goal against Chesham). McMahon is a classic Parkinson player in that respect, tucking inside when City don’t have the ball and supporting Evans.

Perhaps, Parkinson will tilt his midfield more and more in this way, and with it the goal output will edge upwards.

Key to that will of course be keeping Reid and Evans when their loan deals expire next month. Reid, you would imagine, will make his temporary move a permanent one. It’s unclear if Evans has a future at Wolves, but he is likely to have his loan extended for the rest of this season at least. Keeping Reece Burke is also really key or the whole approach may fall down, even though Nathan Clarke’s performances in deputising for Burke recently were highly commendable.

With the FA Cup third round draw offering no real financial bonus for City, beyond the chance to progress, it is unclear if Parkinson will have much funds in the January window. Or if, indeed, he wants to strengthen. Some fans are calling for another striker to be signed and you can understand the logic, but we need quality and its doubtful that he can find that in January without spending a fortune. Even then, Aaron Mclean is a cautionary tale.

Parkinson could sell to raise funds – James Meredith is heavily rumoured to be on Brighton’s radar, although WOAP understands that the Aussie is house-hunting in Yorkshire right now, suggesting he is happy at Valley Parade – but you wouldn’t want to lose anyone if you could help it. And with Anderson, Davies and Morris to come back into the team anyway, the squad should look even stronger in the coming weeks. It will be a real challenge just to get on the bench.

Can City win promotion? I think they have a real chance. They have overcome some big obstacles and shown amazing spirit. They are a team packed with character, and don’t get hung up on set backs. If they can get through this tricky festive period with a good points haul, and perhaps get to the FA Cup fourth round and enjoy a big pay day, they will be in a really strong position to go for it. This league is not the strongest, and there is certainly no one to fear.

It’s going to be an exciting second half to the season, seeing if City can return to the Championship after a 12 year absence.