Home › Opinion › Give Cole a chance

Give Cole a chance 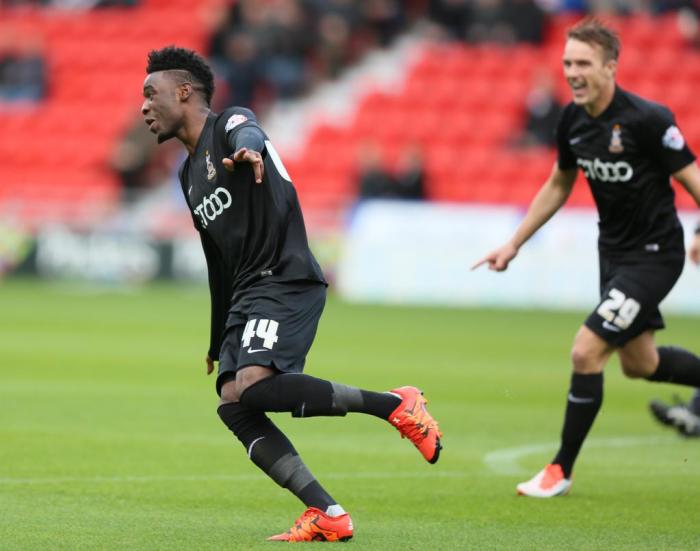 Ever since a certain Mr Wells moved across West Yorkshire to Huddersfield Town, City have been hunting for a new striker. One of the same mould, with the same ability to find the back of the net and the same key attribute- pace.

Earlier this season, it appeared we might have found one. Of course, young Devante Cole was far from the finished article, he was far from perfect.

However, he scored goals. He terrified defenders with his pace and he had the same strut of self- belief that used to lead City’s forward line when Wells was terrifying any defender who had the joy of facing him.

Four goals in as many games was a superb start to his Bantams career, including a last minute winner on debut to finally give City their long awaited first home win of the season.

The form then tailed off for Cole, but his lack of opportunities since, in my opinion, have been a joke.

The 20 year old soon found himself on the bench for City, with accusations of laziness being thrown at him from a large section of City’s support. The return of last season’s top scorer Billy Clarke from injury was a reasonable reason for Cole to drop out, as Clarke had earned the right to go back into the City side.

However, since the pairing of Clarke and Hanson has returned for City, they haven’t looked threatening.

It is undeniable that City have been on great form, mostly helped by a superb defensive record which saw The Bantams keep an incredible eight clean sheets in nine games. Wins followed, with City picking up vital points at Chesterfield, Scunthorpe, as well as in home games against Coventry, Crewe and Blackpool.

However, most of these games were tight and won by goals from set pieces, with the odd goal being added from players all around the pitch, such as Greg Leigh at Glanford Park and Gary Liddle against Crewe.

In fairness to Clarke and Hanson, they too contributed with goals over this period but there was always a valid argument, that City would not have enough up top against the better teams in the division. The results backed this argument up. No goals at home to high flying Coventry, one goal scored against Walsall in an unfortunate defeat and just the one consolation goal against Sheffield United, scored when The Blades were already 3-0 up.

22 games into the season and City are yet to beat a team above us in the league, a damning statistic which quickly throws any play-off hopes into serious doubt.

The defensive record is superb but we are the fourth lowest goal scorers in the entire division, despite lying 12th with games in hand.

City need an answer and it is staring them in the face- Devante Cole.

The 20 year old striker possesses a natural ability to put the ball in the net, as well as pace- something which Wells proved could be so devastating at this level. Accusations of laziness are often thrown at the young striker, son of ex United star Andy, although this is something which I would massively dispute.

Cole may not be as obviously hard working as some of City’s other players, but to call him lazy would be unfair on a player who has consistently chased balls which were not played to his strengths in his time in the side. He was often forced to run long for hopeful punts up field, rather than being given the chance to receive the ball into his feet.

The main issue for Cole is an image problem. He doesn’t yet have the same affinity with fans as other players, often not applauding them after games City have lost or tweeting positively after games.

However, the young striker deserves a run in City’s first team.

In his time on the bench, he seems to only appear in the dying minutes of games which City have a slight lead in or when we are losing comfortably, as was the case at Sheffield United.

This means his efforts can’t be compared to other players, who get a 90 minute run out or start the game at 0-0.

City’s tactics also impact Cole. Although they worked for Wells who is undoubtedly a similar player in terms of attributes, the long ball to Cole isn’t very effective due to his strength.

Hanson’s knockdowns are also harder for him to read, due to having not played with City’s big man for a prolonged period of time.

Despite this, Cole is still one of City’s top scorers and has a decent record at League One level, with goals in loan spells at Barnsley and MK Dons. Parkinson has also praised his all round play and improvement since he signed for City.

Now, it’s time to give him his chance.

City have lacked goals all season and don’t look like winning games when they go behind.

Devante Cole is far from the finished article, as shown by his misses against Gillingham. But he offers something else, something new.

He can give City a different outlook and option, which is something we desperately need to try and surprise opposition defences. Cole has the attributes to become a top player at this level, proven by his reputation and skills.

However, he not only needs the backing of Phil Parkinson, but also the City fans who must take the good with the bad, accept he isn’t perfect but trust that this young man can be the one to finally replace Nahki Wells and solve an issue which has haunted City ever since the Bermudans departure two seasons ago.

Like Loading...
‹ The Greatest Manager Bradford City Never Had
Battling Bradford City go into the FA Cup fourth round draw, but could regret missed opportunities ›