It has been an eventful transfer window at Valley Parade. Devante Cole, Luke James and Gary Liddle have departed, Jamie Proctor and Wes Thomas have joined up, and Reece Burke, Lee Evans and Kyel Reid have had their loan periods extended.

WOAP pundits Nathan Evans, Tim Penfold and Mahesh Johal offer their verdict on Phil Parkinson’s moves, and City’s prospects for the rest of the season.

Firstly, what do you make of the departures of Devante Cole and Luke James?

Nathan: The departure of James firstly is just one of those decisions that makes sense for all involved. With limited chances this season, it was only a matter of time before he left the club. He worked hard and gave his all when he played but it just didn’t work out, simple as that.

The departure of Cole at first upset a lot of fans but it’s starting to make more sense now as time goes by. It’s pretty evident that Cole isn’t a Phil Parkinson type of player. He likes them tough and ready to give it their all every match in terms of an effort level, but we didn’t really see that from Cole.

Tim: I never really saw the point of signing Luke James in the first place – he was always fourth (then fifth) choice, and all he’s done is set his own development back and got in the way of Reece Webb-Foster. He works hard and has a reasonable turn of speed, but never looked like scoring.

There was clearly something wrong with Cole behind the scenes, and it showed at times in matches with his unwillingness to chase the sort of lost causes that used to bring Nahki Wells goals. His all-round game was lacking as well, and he was missing chances – the finisher we thought he had in the early games disappeared.

He’s blamed the style of football, but it wasn’t style of football that made him trip over his feet in the six yard box against Bury or take the pathetically soft penalty in the shoot-out, and if he wants to play in a pass and move side he’ll need to learn how to control a football properly.

I think we’ve done well to get cash for him, and would not be surprised to see him moving on in the summer again – yet again, blaming someone other than himself.

Mahesh: Who’s Luke James again? Sorry, I’m being harsh… As Nathan said, it was the correct decision to let him go. The transfer hasn’t worked for anyone.

I wrote an article the other week talking about the Phil Parkinson team DNA. Quite frankly, Cole didn’t have it. He’s obviously a talented player and I’m sure he’ll do well at another club. However, at this moment in time, he didn’t have it in him to be the player City needed. 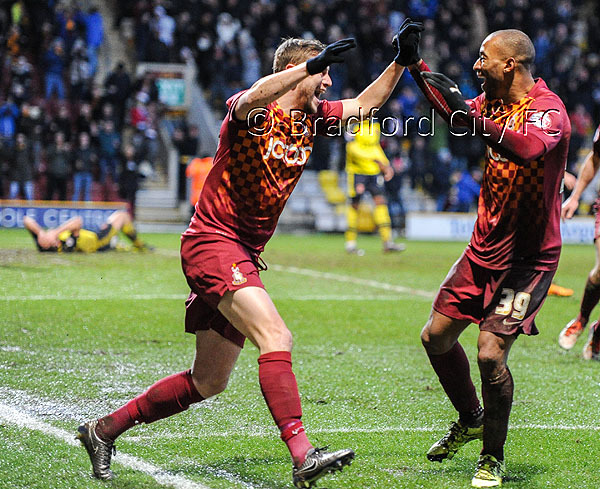 What are your early impressions of Jamie Proctor and Wes Thomas, and do you think the forward line is stronger?

Tim: Proctor has started fairly well – his link up play is good, he’s strong and good in the air and he actually scored a goal!  That said I’m not convinced that we need three big strikers in the squad and with Hanson and Davies already here he may not get much gametime, particularly if either of the others start scoring goals.

Wes Thomas seems to be exactly what we need – pacy, can make runs in behind and most importantly is used to playing off a target man in a direct side. I think he’s a better option than Cole, and that makes the forward line stronger.

Mahesh: I remember thinking Proctor was a handful when we played Fleetwood back in September. I don’t think he’s a bad player to have in the squad, but I’d be interested to know what alternative he offers to the likes of Hanson and Davies.

Thomas had a solid debut on Saturday and at least looked willing to gamble on Hanson’s flick-ons. The same can’t be said for others who have recently filled that role…

Collectively, the group of strikers we have now are physically stronger than the five we had prior to January. However, it remains to be seen if there are any more goals.

Nathan: I like both of these additions. They seem to have the right attitude and both seem to suit the way our team plays under Parkinson. Proctor is almost somewhat a younger version of James Hanson, he wins aerial battles but he is also very good with his feet and with holding up the play whilst Wes Thomas actually injects a bit more pace into our forward line.

I would say that after the January transfer window we do have a better choice of striker at our disposal. Cole had the pace to worry defences and the ability to finish chances, but ultimately didn’t have the right attitude in comparison to someone like Proctor; who with a few goals will become a fan’s favourite thanks to his hard working style. 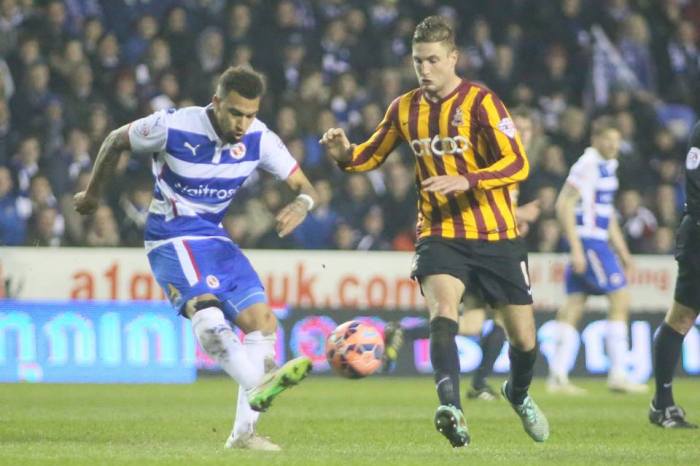 Without a doubt the biggest stir has been the departure of Gary Liddle, what do you make of this decision?

Tim: This seems a strange decision on the face of it – it really weakens our defensive midfield position, with neither Routis nor McMahon anywhere near Liddle’s level.  The only theory I have is that Parkinson may try Lee Evans there when he’s back from suspension, hence why he’s looking at an attacking midfielder on loan as cover.

Evans has been playing deeper and deeper in recent games, and had some success paired with Knott earlier in the season. If he’s trying to go through the rest of the season with McMahon as the holder, I think he’ll regret it – McMahon gives the ball away too much and has a habit of missing interceptions that Liddle would make easily.

Nathan: The departure of Liddle makes little sense to me. If the midfielder has refused a contract extension due to the fact his original one was to end in the summer then yes, the decision to take some money for his transfer is feasible, but I don’t feel it’s as simple as that. For weeks reports have suggested that Liddle wanted to stay with us and fight for his place in the team so I find it baffling that he would just leave as easy as that especially to a team that is currently fighting to move away from the relegation places in League One.

If a new, exciting attacking midfielder comes in on loan in the next week or so then maybe this move will make a bit more sense but as of now, I don’t think we should have let Liddle leave the club.

Mahesh: I agree again with the guys. It’s a sad end to a great year and a half at the club. I loved watching him play and find it amazing how he’s fallen so out of favour. If it was a toss up between saying goodbye to Liddle or Routis, I’d be saying au revior.  Whilst I’m disappointed, you have to back Parkinson’s decision here. 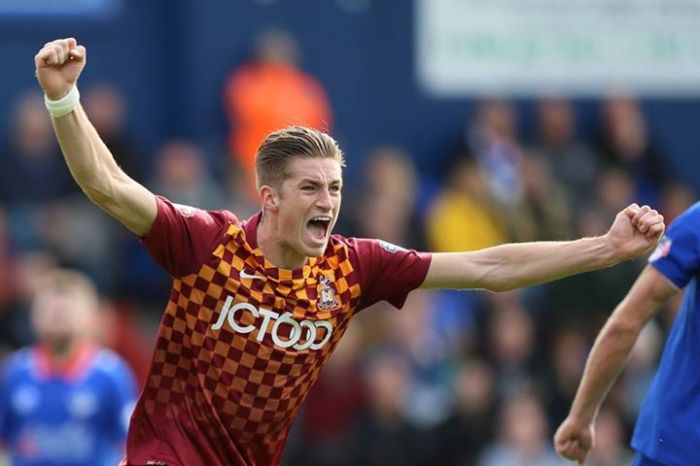 With Reece Burke, Lee Evans and Kyel Reid signed up until May, overall do you feel more or less confident about the rest of the season?

Mahesh: It’s great we’ve got Burke till the end of the season and his presence makes this defensive unit look very solid.

Whilst recent form has been well below par, we are still there. Parkinson teams have a way of grinding teams down and I really think we’ll be in the play off hunt come May. We just need one player, a Knott, an Evans or even an Anderson (if he’s back in time) to really stand up and grab this team to the next level.

Tim: Burke (and to a lesser extent Reid and Evans) was the key signing of the window. With him here until the end of the year, our defence is now possibly the best in the division – it’s joint third best at the moment and that includes the seven conceded in the three games before Burke joined in August.

As long as he stays fit we’ll keep plenty of clean sheets and not lose too many – it’s then down to the attack to step up. And with a strengthened front line and creators like Anderson and Morais coming back from injury, it could well do that.

Nathan: With the exception of the departure of Gary Liddle, I fully believe that the January transfer window has been a positive one.