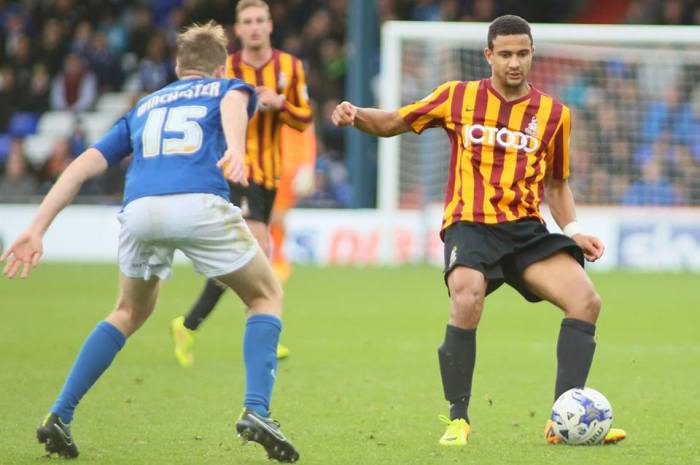 “They shamelessly defend” was how Kasper Schmeichel put it, when praising the Leicester City backline that he plays behind. The most surprising champions in Premier League history have built up much of their success from defence, especially over the second half of the season, when the focus switched from fearless attacking to a more cautious, direct approach. A back four of the previously unheralded Danny Simpson, Wes Morgan, Robert Huth and Christian Fuchs have been outstanding.

Schmeichel spoke eloquently of the way in which his team defend on Sky Sports a week ago, stating about his defence, “They defend. Our full backs defend. You see full backs flying forwards and you see centre backs coming out of defence and joining the attack. We don’t do that, we defend. The lads they take just as much satisfaction smashing the ball into row Z as they do playing a nice pass, because it’s all part of keeping clean sheets. It’s all part of defending. That’s what makes them so good.”

Such a philosophy would attract wide grins from within the confides of the Woodhouse Grove training centre at Apperley Bridge, where so much of Bradford City’s successful season has been plotted, strategised and developed. With the second-best defensive record in League One, and a club record number of clean sheets, the achievement of the Bantams reaching the play offs is very much one built from the back.

And like Leicester City, it is an uncompromising style of defending. Whilst James Meredith’s attacking prowess is to good to waste, first and foremost the back four are there to defend and to lay the foundations. Reece Burke has shown signs of being a defender confident bringing the ball out from the back, but he has also developed his ability to find Row Z. This is a back four who love the battle and who relish their less glamorous roles. This is a back four who, like Leicester, shamelessly defend.

The stats are incredible. Only 40 goals conceded, second only to Burton. 22 clean sheets in the league, 27 overall. It is City’s best defensive record in more than 100 years.

This hugely impressive goals against record has occurred despite the four-goal thumping at Swindon on the opening day of the season, back-to-back heavy losses to Sheffield United and Gillingham over Christmas, and the 3-1 defeat to Burton in February. Take those 12 goals and four games out of the equation, and City have conceded 27 goals in 42 games.

This is why City have been able to finish inside the play offs, despite having the division’s seventh-weakest attack and the worst scoring record in the top half of the table. This is why City have a great chance of triumphing over this two-legged play off semi final, and of reaching Wembley stadium.

The table above also underlines the impact of Phil Parkinson on City’s defensive efforts. Over Parkinson’s five seasons in charge, the Bantams have never conceded more than 60 goals – a feat they only managed twice over the 12 seasons that proceeded his arrival. Over the last four seasons, City have let in only 204 goals. They conceded 246 over the four campaigns before that.

The further improvement this season has been widely attributed to Reece Burke and Ben Williams. The pair were numbers one and two in the vote for the official player of the season. For Burke – who had the daunting task of replacing Andrew Davies – it has been an outstanding campaign for the West Ham teenager.

Back in September WOAP writer Tim Penfold came up with the statement that Burke was “95% of Andrew Davies, 100% of the time.” Burke’s consistent availability and high standards – can you think of a single bad game he has had? – have underlined what a big future he has at the very top. 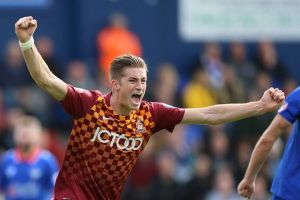 Burke has shattered a few illusions about the commitment loan players and, indeed, about Premier League academy players starting their professional careers over-pampered.

In January he was injured at Gillingham and returned to West Ham for treatment – his initial loan spell over. West Ham were said to have received numerous loan bids for Burke’s services, from Championship and European clubs. Burke turned these offers down. He only had eyes for one club, much to the bemusement of West Ham. He got his way, and returned to Valley Parade.

Further on in life, and in a career that had began to drift, Ben Williams has had the season of his life, producing a level of performances that have surprised everyone. He spent most of last season an understudy to another excellent Premier League youth loanee, Jordan Pickford, and failed to convince when Sunderland recalled their stopper, freeing Williams up for a run in the City team.

The plan for this season was for Williams to be warming the bench behind Brad Jones, not setting clean sheet records.

There is a section of City support who still don’t fully rate Williams, and who seized on his mistake at Shrewsbury. But after all he has endured over the past two years, it was no surprise that the former Man United trainee did not let the slip-up affect his form. In so many games this season – especially the numerous 1-0 City wins – Williams has made one or two excellent saves. He is not the greatest ability-wise for sure, but is at the peak of his powers and producing heroics.

Yet as much as Burke and William are the stars of this season and big, big players for the play offs, the old guard deserve a huge share of the overall credit. Those last four seasons of remarkable defensive improvement have occurred since the arrival of Stephen Darby, James Meredith and Rory McArdle. For the value they have provided since rocking up on free transfers, they trio must surely rank amongst the best signings in the history of the club. 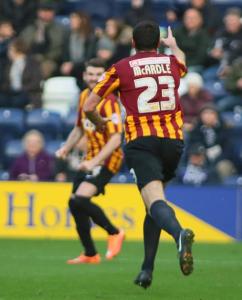 You go back to their first season – the History Makers – and how pivotal they were. They laid on the platform for the 2012/13 promotion push, played major roles in the League Cup victories of Wigan, Arsenal and Aston Villa, and helped the team find a second wind in March to mount a late, and successful, play off push.

They and James Hanson are the only survivors of the that team, and continue to be three of the first names on a Phil Parkinson team sheet.

The three have remained big players in League One. Stephen Darby the 2013/14 player of the season, Rory McArdle scooping the honour last season. James Meredith is desperately unlucky not to have joined them in earning the honour, but has always been a contender.

They were starters for the League Cup victory over Leeds United last season, within the back four that defeated Chelsea and Sunderland in the FA Cup later that season. Every big Bradford City moment since 2012 – and there have been so many – had these three at its heart.

And now, they have a chance to be part of a second promotion-winning Bradford City team. To further cement their Valley Parade status. To edge closer to being considered legends. There have been better defenders in the club’s history – but that’s not really the point. For attitude, endevour, composure and consistency these three have continued to be vital and relevant. And just like the club, they have not yet reached their ceiling point.

A successful Bradford City play off campaign would feature so many wonderful side-stories. But none will make you prouder than the sight of Stephen Darby, Rory McArdle and James Meredith embarking on another Wembley jig. Everything about their City careers has been associated with success and good times.

With these three on our side, there is every reason to be confident about the play off battles ahead. 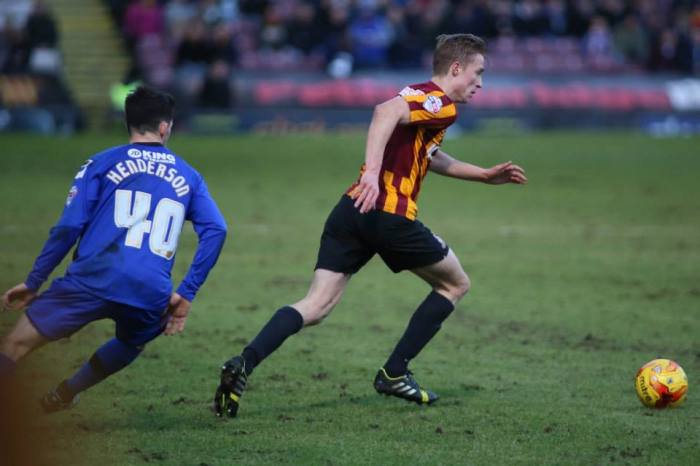