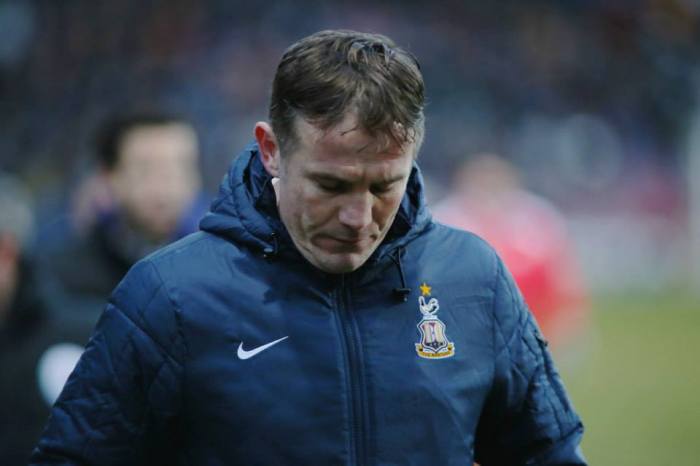 Phil Parkinson is leaving Bradford City for Bolton Wanderers, and this raises some serious challenges and questions for our new owners.

On the face of it, this seems like a bizarre decision.  Leaving aside history, Bradford City are in at least as strong if not a stronger position than Bolton.  The club is debt-free, and with new investment in place will surely be in a strong position to recruit this summer.  Meanwhile, despite their former chairman wiping a large amount of debt off the club, Bolton still have a large amount of debt and are currently under a transfer embargo.

Bradford City also arguably have more potential for growth, with large crowds and not much in the way of local competition, whereas Bolton struggled to fill their ground even in the Premier League, and will always struggle to come out of the shadow of their two giant neighbours.  Finally, Phil Parkinson has swapped a club where he was hugely popular amongst supporters for one where he has no credit built up, and nothing to fall back on during runs of poor form.

This, therefore, leads to questions.  How could Bolton, with all of their financial worries, offer Phil Parkinson better prospects than us?  How could they afford the compensation, rumoured to be £200k for Parkinson and anothert £100k for Steve Parkin?  And in light of tweets by a journalist for the Bolton News suggesting that the compensation fee is very low, have they even paid his release fee?

There were rumours throughout the takeover that the new owners wanted their own man in, and that Phil Parkinson would be replaced by someone like Uwe Rosler.  Did our new owners really want Phil Parkinson in charge?  Was the approach from Bolton used to remove someone that the owners did not want and get a fee at the same time?  Or did we fight as much as possible to keep our manager?

The club now needs to appoint a new manager, and quickly.  If we do not have someone in place soon, we will go into pre-season behind in terms of recruitment, which will hurt our chances.  This is the biggest decision that the club has faced for years, and it is essential that we get it right.

Phil Parkinson was this club’s best asset, and the very first job of our new board should’ve been to ensure that he stayed here.  In this, they have failed.  If we haven’t forced Bolton to pay the maximum possible for him, and haven’t given Parkinson as much backing as possible, then it is, put simply, the worst mistake the club has made since the administrations.

This leaves the biggest question of all – could we have done more to keep him?

Read: The article we always hoped we’d never have to write by Katie Whyatt