The article we always hoped we’d never have to write 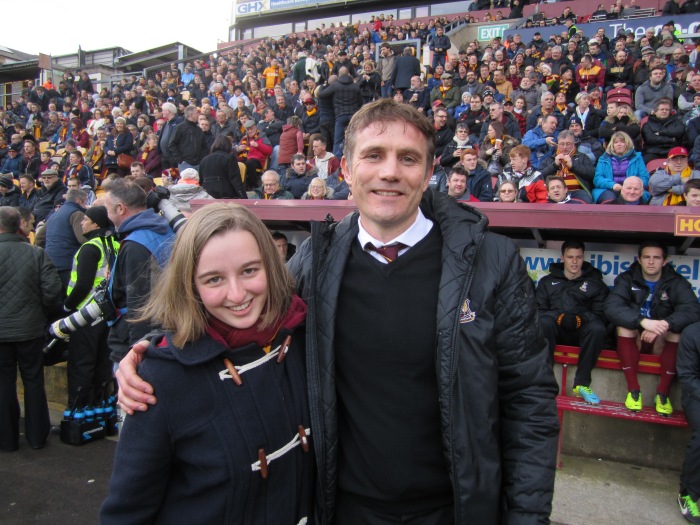 We always knew this day would come, ultimately. That this era, his time here, was finite. That it would end. Everything does. Everything has to. All is ephemeral. Time passes and things change. Flux and reflux, however you want to word it.

You never thought about it at the time, though. I guess that was the fun in all of it. The future, and the limitlessness of this era. You thought it would last forever. Basking in the May sunshine on the final day, drinking in that lap of honour – we were everything we’ve ever wanted to be, and more. We must have been the happiest fans in the country, bar, maybe, Leicester. We were the happiest fans on earth for four years. No one had what we had. No one has ever loved a team, a manager, as much as we loved them. We were what everyone else wanted to be.

And you thought we were just getting started.

I spent so much of the past four years telling myself to savour every second. I knew he wouldn’t be here forever. I’m 18; he’s 48. I’d be worried if you told me I wouldn’t outlive him. But I always thought I’d knew how it would end. A huge winless run and he goes. A relegation and he goes. A Championship club comes in with an offer he can’t refuse and we wave goodbye with one eye on where he’ll subsequently be.

I’m at a residential for my university scholarship group when I hear the news. Coming back from a break, I reach for my phone and tap into Facebook, habitually. The first thing I see is a paragraph from WOAP writer Andrew Baxter, above a picture of Parkinson’s face. I read only the first four words: Can’t believe this news. I assume it’s more Bolton speculation. I mentally shrug it off. It wouldn’t happen. He wouldn’t go. We get this every year. The club shut the talk down on Monday. But why a whole paragraph? I know something can’t be right. I keep scrolling. I see Simon Parker’s message below the same link, and that’s when it hits me before I even have time to think.

“It is happening,” he writes.

The WOAP group chat pings into life. Heads are spinning. Expletives are dropped.

I don’t get it I hate it I just can’t deal with it I didn’t see it coming and he was the best thing I’ve ever known about City.

I type furiously, phone hidden beneath the table as though I’m back at school.

Back when I thought Phil Parkinson would be ours forever and I wouldn’t have to sit down and write an article like this.

You always wonder if footballers actually understand the power they wield, emotionally. We’ve all had a Saturday night made or ruined, obviously – but this is about more. If you haven’t read Paul Hayward’s piece on illness and Lionel Messi, read it now. Thankfully, I don’t have his story to tell – I’ve never had cancer – but his sentiment of football, of sport, being able to provide the only light in the darkness is something we’ve surely all been able to relate to at some point in our lives. Everyone faces challenges – school, work, home, health, money. For so many of us, Bradford City – Phil Parkinson’s Bradford City – have helped us through some of our most testing times. Given us a smile when we felt like there was nothing else to smile about. Shown us that anything is possible. That odds mean nothing. I always felt like I could bank on them to make everything feel better when something or someone was getting me down.

This wasn’t even about football, really, looking back. This was about us, about belonging. About feeling like we meant and stood for something and that we were all in it together. Not many people, many things, have made me feel like that. Quite often, football is the only thing that will make 18,000 people smile in the way we’ve smiled at times.

And that was because of him.

Phil Parkinson was the best thing I’ve ever had as a football fan, without a shadow of a doubt. And now, everything is going to change – all of it. There will be no more Phil Parkinson, or Steve Parkin, or Nick Allamby. It’s not too hard to imagine McArdle, Darby and Meredith all following suit, Bolton’s financial woes permitting. Not a single one of our boys, our heroes, my heroes from the past two years, is safe. The team that line up on the opening day of next season might look nothing like what we have now.

People can say all they want that the fans will be here longer, that we support a club and not one man, that Bradford City is bigger than this. But the Bradford City I fell in love with was Phil Parkinson’s. Not Uwe Rosler’s. Not Nigel Adkins’. Not Steve Evans’. It was Phil Parkinson’s. I liked the way he did things. I liked the players he brought in.

I’m 18. I’m too young to have had my heart properly broken. I’d only ever seen season upon season of demise before he came in. Looking back, I don’t know how I don’t have more football-related trust issues. Parkinson taught me what I love and value and treasure in a football team, in football players. I see too many teams who are just indifferent, who just don’t get it. His squads meant more to me than he will ever be able to understand. And it’s over. It’s over prematurely. It’s over before we ever saw it coming and before we could even brace for impact.

The most heartbreaking thing about all of this is that the Parkinson era has willingly inflected itself into the past tense. Phil Parkinson was Bradford City’s manager. This is over, definitively and categorically. He won’t be taking us into the Championship. He won’t be taking us on another cup run. We’re nobody’s second favourite well run little club anymore. No more saving the national newspapers after a cup game. No more Parkinson is the special one. No more Parkinson’s Bradford Army. This is not like Nahki leaving, or Jones going, or Knott or Liddle or Doyle or Duke or McLaughlin or anyone or anything we’ve watched just walk away since Parkinson’s been here. This is it. This is the end.

And we never got to say goodbye.

I’ll be open minded. I know, deep down, I was here before they were, before all of this. The past four years were a dream. We all have to wake up sometime. I will back whoever comes in to the hilt. Rosler seems like a good guy, truthfully. We could probably do a lot worse. On his Wikipedia page, one of his former Brentford players says, “We were a bang average League One side, but Uwe changed the mentality. Everything he did was all Premier League standard.” I always thought he seemed balanced when he spoke at Leeds, the calm amidst the Cellino maelstrom.

But the point is I’m waving goodbye to something I’ve never, ever, ever wanted to let go of. Right now, this hurts more than any other article I’ve ever had to write. It still doesn’t feel real. It can’t sink in. All I can do is laugh when people tell me. I can’t take the situation seriously. I’m expecting Bolton Wanderers to unveil Nigel Adkins tomorrow, 100%. Anyone but Sir Phil Parkinson.

Our worst nightmare has just been realised, right out the blue. This was the worst case scenario. This was nuclear Armageddon. What was left behind in the bunker is us, our club and two owners who now have to do everything in their power to keep Bradford City on the up. Everything is changing, everything is spinning, and our one dead cert and constant has packed himself off to Bolton.

He made an art form of overturning such odds. He did it time and again. If he passes on one lesson, let’s hope it’s that one. The game board is changing, beyond all recognition. But there will always be one piece missing.