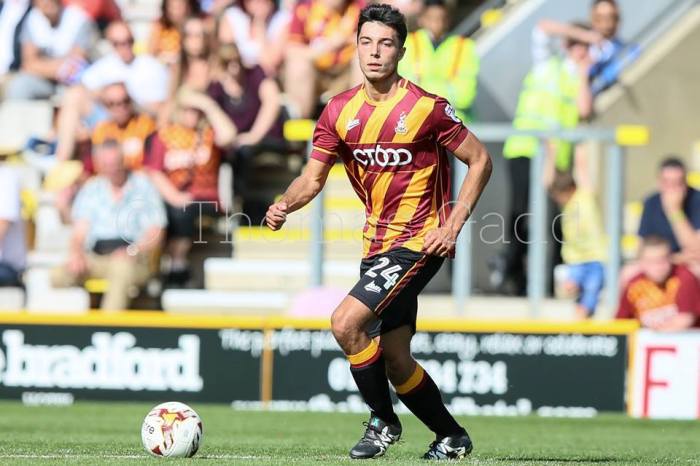 It feels premature to write an opinion piece just one league game into the season, and doubtless reads that way after a scoreless draw and one cup game. Yet, for all the scaremongering that accompanies a period of massive on and off-field upheaval, it does seem as though we’re just about as content as any fanbase could be after such major transition, overlooking the absence of that fabled sixty billion goals a season striker. The side displayed the hallmarks of a ‘good’ team on Saturday. We saw – albeit without an edge – an application of the high intensity football promised in pre-season. Romain Vincelot looked like the most unflappable person in the world. Edin Rahic always speaks impressively. And Daniel Devine happened.

McCall said earlier in the week that he would have no qualms about throwing Devine into first team action, but still – he was impressive on Saturday. Playing beside an older head in the experienced Nicky Law, Devine worked with a quiet swagger, a confidence, sending the ball spinning across the midfield with the assured nonchalance of someone twice his age. At times, it was impossible to believe he was 18, let alone 18 and making his professional debut. (I mean, can we just take a moment? 18. Like, 1-8. I turned 19 on Friday. If there’s a guy who’s going to fuel an inferiority complex for me this year, it’s Daniel Devine.)

For a club that struggled to offer its young players a path to sustained first team involvement under Phil Parkinson, it was refreshing, and apt for what you can infer Rahic and Stefan Rupp’s broader approach to entail. The new owners have said in plain enough terms that their ultimate vision is to create a young team with longevity to fit a particular brand of football, and “we want to be known to take young professionals quickly into the first team.” When speaking to Radio Leeds last week, Rahic emphasised the importance of creating an infrastructure strong enough to ensure the club can eventually survive comfortably in the Championship – and you’d assume a strong academy is an integral part of that strategy, and sits alongside the plan to recruit from the Premier League academy cast-offs. In doing so, they could conceivably create a culture where first team football becomes a natural and frequent progression.

What with the play off final and the departure of Phil Parkinson, however, City started so far behind the eight ball that Stuart conceded that the initial plan of targeting the best young Football League players was simply not feasible at this stage. But that’s not to say the overall change in outlook hasn’t gone unnoticed.

There’s no denying Parkinson moved Bradford City forwards during his time here. That the club was debt free when sold is testament to how well Lawn, Rhodes and Parkinson pulled off what otherwise could have been a risky strategy in always trying to claw back a deficit (more on this later). That worked well, but it probably wouldn’t have been enough to allow City to survive in the Championship. When Rahic talks about infrastructure, he exposes some of the innate shortcomings of having a budget outlook that was so decidedly short term – and one of those consequences is necessary neglect of some aspects of the youth team.

In 2014, former COO David Baldwin told WOAP that Parkinson had been given a speculative budget that would be recouperated through what the board termed “extraordinary income”. City needed a good cup run and/or saleable asset like Nahki Wells to keep themselves in the black. That business model worked, ultimately, and Parkinson was able to deliver year on year improvement within that framework. It required a manager who could be astute in the market and make calls others might be afraid to – you’d assume the money freed up via the sale of Gary Liddle and Devante Cole in January went directly into acquiring Jamie Proctor, Wes Thomas and Josh Cullen. City clearly had a man perfect for that role in Parkinson. But as much as Parkinson probably wanted – and, to an extent, did – overhaul much of how the club was run, there were apparent limitations, because a speculative budget inadvertently and inevitably shifts the focus to what happens in the present.

Why bring a youth team player through when you’re judged on points on the board, on the immediate? When Cullen and Burke are available? When you have enough wingers already? And would last season have been the prime platform onto which to throw a young player, given the team’s stuttering form early doors and the eventual top six hunt?

If anything, it feels as though the overall emphasis on long-term thinking is leading us to judge McCall against a different success criterion to the one we held Parkinson. McCall is working within a contrasting set of constraints. When you hear the owners speak now, they don’t ever say anything to give the indication that there is real, genuine, make or break pressure on McCall to get promoted – it’s all about sustainability, gradation, a long-term project. It doesn’t matter if this team don’t go up this year. Which is not to write off a promotion – this team looks really good. It’s just that it feels – from the outside – that everyone, fans as much as anyone, is approaching this year with a different set of priorities to last. Inside the camp, we’re told, players have targets and goals. That we are not privy to them at this stage cultivates different kinds of expectations this time around.

If all this conjecture is right, and youth becomes particularly integral, McCall, surely, is the man best suited to this change from above. If his first spell proved anything that remains valid, it’s that Stuart will go full Mauricio Pochettino as and when he feels is right, and give younger players a chance. If you’re good enough, you’re old enough, as hard as it clearly is to decide when that time arises.

But from 2007-2009, McCall blooded two back-to-back Player of the Year winners in Joe Colbeck and Luke O’Brien. For sure, Colbeck was knocking on the first team door the year prior, but it was the loan to Darlington and return for the final third of the season that would cement his starting spot. In Stuart, City have a manager who, clearly, genuinely believes in the value and benefits of bringing through home grown players – and, thus, in one of the central aspects of Rahic and Rupp’s vision.

The problem with blooding youth players is that it becomes a game of timing. Handing Oli McBurnie his full home debut against a Rotherham United side that would finish the season as the 2013/14 League One play-off winners wasn’t Parkinson’s wisest move, and the impact on McBurnie’s confidence was obvious. For this new approach to be successful, City need a manager who can read those kind of situations better than that. If Devine’s debut is anything to go by, Stuart McCall knows enough.

You’d assume, then, that City are now going to be in a position where they don’t want or have to sell on their best youth players, like Tom Cleverley, Andre Wisdom and George Green. There will be variation from case to case in terms of the specifics of money and opportunity cost, but it generally sounds like the club won’t have to anticipate the sale of (or the arrival of a sell-on windfall for) a youth team player to justify McCall’s budget. Given EPPP, within which the price of academy prospects has worked against a tariff system since 2012/13, rather than the original approach that saw clubs receive mega money for their youngsters, there is less incentive for lower category academies to sell youth early.

If you’re going to sell, ultimately, the value lies in waiting for the graduates to pick up first team experience, like in McBurnie’s case. Bringing youth through becomes advantageous on two fronts if you do it well. Likewise, Rahic and Rupp have evidently spotted that there’s money to be made in training up and selling on those the Premier League sides deem surplus to requirements. Stephen Darby has proved an unbelievably astute capture, but his sell-on value is limited, given his age, so he’s not the best example here. If the owners can find the right targets, attain overt on-field success that turns their team into one full of assets, there’s a potential business model to be explored there.

But inescapably, EPPP also makes it harder to keep hold of players initially. With the collapse of Brentford’s academy in May, you saw an extreme version of the consequences of EPPP. Situated in a competitive area, London, fighting against several Premier League academies who routinely stripped the Bees of their assets for smaller fees, it was difficult to sustain the original set-up; Brentford have since opted for a watered down development squad set up that employed the same playing style as the first team.

EPPP isn’t necessarily going to be problematic to that kind of degree here, although it’s worth noting City will have got less for the sale of Marley Blair to Liverpool this summer than they did for Wisdom in 2008. Rahic and Rupp just need to pump enough money into the youth structure for it to be sustainable apart from the sales of the players it produces – the ones hit hardest by EPPP just weren’t.

But more importantly, this must be underlined by patience and fairness, from everyone – owners, McCall and fans. Devine might be a good early omen, but he is just 18. The nature of expectation McBurnie bore was brutal at times, and easily a detriment. Josh Cullen has had off days before here, too. It took Leeds’ Charlie Taylor – now the subject of mutli-million pound transfer speculation – several loan spells before he was ready for the step up to the first team from which he has never looked back.

Fittingly, though, realism and long-termism define the dialogue coming out of the club at the moment. This approach might not pay immediate dividends, but there is a more inviting platform and incentive for youth development here than there has been for many years.