An open letter to the Football League’s Shaun Harvey 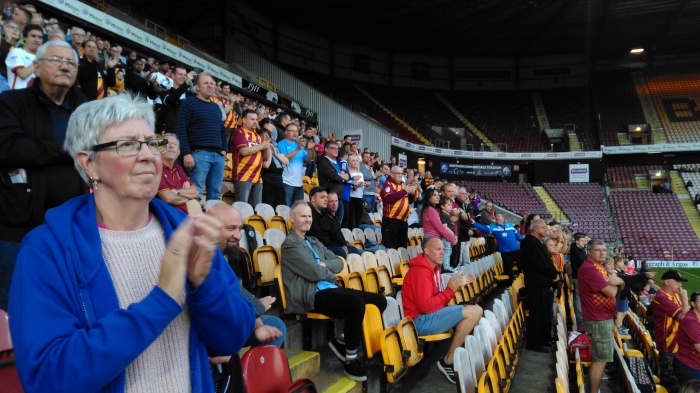 I was surprised and disappointed to see that Bradford City had been fined £3,000 for not breaking any of the EFL Trophy’s rules over the course of the group stage, and have a few questions regarding this ruling.

In 2011, when Sheffield Wednesday subbed their goalkeeper after a minute and made two further subs before the 20 minute mark, were they fined?  If not, why fine Bradford City now?

If substituting a player within the first two minutes is considered a breach of the spirit of the rules, when does it become acceptable to make a substitution?

If Colin Doyle had been injured within the first two minutes of the game against Bury, would we have had to leave him on until an “acceptable” minute for a substitution?

If Colin Doyle had limped off after two minutes, would you have required proof of the injury in order to make a substitution?  If not, this leaves an obvious workaround where a player feigns an injury to make this sort of sub – why would you encourage teams to ask their players to feign injury?

If, after 10 minutes, we had swapped one outfielder for another and gone below the total number of required first-teamers, would this have been acceptable?  What if there was an obvious tactical reason for the change, like a switch in formation?  If not, when is the earliest you can make a substitution in this competition?

The big focus on the competition this season has been youth development.  Bradford City have played seven teenage academy products in this year’s competition – five of which made their senior debuts in it.  Why, then, do we have to abide by rules that limit the number of academy products we can play?  Why do Blackburn, who are a grand total of three places above us in the league pyramid, get to field a reserve team while we cannot?  Is youth development only important for the “big teams”?

This competition has been shambolically run from start to finish and every round leads to a new bit of bad publicity.  It could well kill a competition that I’ve quite enjoyed in the past, and that gives lower league teams a chance of a day out at Wembley.  Having severely damaged one of the competitions that it is in your remit to promote and improve, will you resign?

Tim Penfold and The Width of a Post team.