The run-in: Rochdale away preview

The game before the play offs. This is the third year out of five that Bradford City have qualified for the end-of-season shootout, and in each of them they sealed their spot before the final league match.

And the previous two dead rubber games off some very important lessons. In 2013, City travelled to Cheltenham Town and Phil Parkinson made eight changes; but one of the key players he did start – Andrew Davies – stupidly got himself sent off for two bookable offences. Davies missed the first leg of the play off tie with Burton – where the defence capitulated, and City lost 3-2 – before playing a major role in the comeback victory in the second leg. City just about got away with it.

Last year, City welcomed Chesterfield for a quiet-before-the-storm encounter, and this time Parkinson rested only Kyel Reid. The Bantams won the game 2-0, but there was a price to pay. Reece Burke went off injured before half time, and Billy Clarke picked up a late knock. The pair missed the damaging first leg play off defeat to Millwall, with only Clarke fit enough to start in the return game.

There were self-inflicted reasons why City were beaten 4-2 on aggregate by the Lions, and those two key injuries were amongst them.

And that is the gamble facing Stuart McCall at Spotland on Sunday. City’s play off spot is in the bag, and a victory coupled with results elsewhere could elevate them to third or fourth place, and with it enjoying the advantage of playing the second leg of the play offs at Valley Parade. But with the first leg only five days after Rochdale, it might be more prudent to rest key players to ensure they’re fit and ready.

McCall doesn’t seem too concerned about the order City play home and away in the play offs. After the handsome Wimbledon victory he talked about speaking to the owners about what team to select against Rochdale.

There are two schools of thought. Aside from the benefits of giving Mark Marshall, Josh Cullen and Charlie Wyke a breather, it would be nice to reward promising youngsters like Danny Devine and Ellis Hudson with a run-out. Then there are the players brought in by City in January who have yet to figure: Jacob Hanson, Matthew Penny and Daniel Pybus. Is this the moment to give them a chance?

The other side of the argument is that City should still be pushing for a third or fourth place finish, or at the very least to keep the momentum going rather than risk stalling it by disrupting the side. And with Rochdale still in with a chance of the play offs, City have an obligation to the rest of the league to play their strongest team.

It is not an easy decision to make. But if there’s one sight to fear this Sunday, more than Rochdale players finding the back of Colin Doyle’s goal, it is Marshall or Cullen or Wyke or Vincelot or Jones or McMahon or Meredith or McArdle or Knight-Percival or Law lying on the ground injured.

What to do? Who to play? How to manage the risks? Where to find the balance? Let’s dive in and ask our pundits…

The pre-match debate: what sort of team should McCall select?

Gilliead (if fit)/not sure if not Devine Dieng Hudson

Rest as many as possible. Normally I’d say play them in order to keep momentum but with both legs of the semi being so soon after and our chances of finishing anywhere other than 5th being slim we simply have to rest players.

McCall should play his strongest side. No better way of keeping sharp than playing proper competitive football matches. Plus be nice to be at Valley Parade in second leg, and astrong side gives us that chance.

I think Rochdale will come at us hard, knowing a good win will give them every chance of a playoff spot. With a weakened team, it might knock the stuffing out of us if they score heavily. I’d rather we played a full team and practice defending against teams that are prepared to attack, in some ways simulating play off football.

I’d probably play as close to first team as possible. No sense in losing their momentum now after they’ve built it back up. Maybe blood the guys you might need to make an impact off the bench in the playoffs to give them a bit of confidence. The likes of Hiwula, Clarke, Gilliead if he’s fit, Dieng etc. Change for the sake of change, or out of fear seems a bit of a missed opportunity. 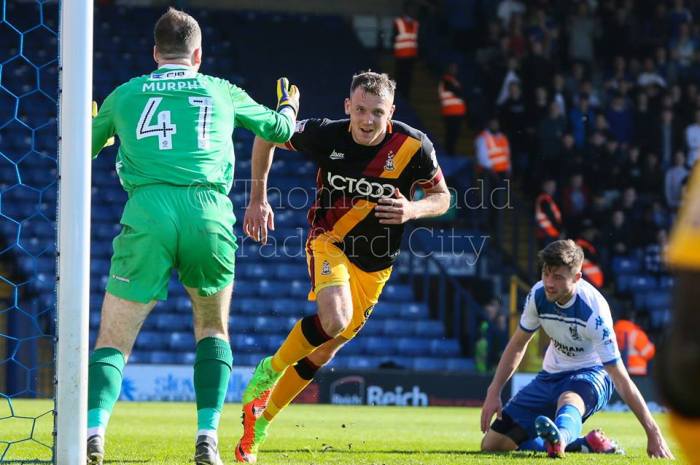 If City are able to win at Rochdale for the third season in a row, there will be plenty of interest shown in how Scunthorpe United are getting on at home to Coventry City, and Fleetwood Town’s encounter with Port Vale. A draw or defeat for the Iron would mean City leapfrog them but still play them in the play off semi finals, with the second leg at Valley Parade.

A City victory, coupled with Scunthorpe drawing or falling to defeat, and Fleetwood losing (with a three-goal swing between the Bantams and the Cod Army) would mean a third place finish for McCall’s men, and play off semi final tie with Millwall (who play Bristol Rovers away) or Southend (who welcome Bury). Highly improbable.

If Scunthorpe win and Fleetwood draw, City will do battle with the Cod Army. But the smart money is on a City victory being irrelevant. A Thursday night visit from Scunthorpe United remains the most likely play off outcome.

Away from the play off battle, Phil Parkinson and Bolton will secure promotion to the Championship if they avoid defeat to Peterborough. Fleetwood watch on for any slip ups. 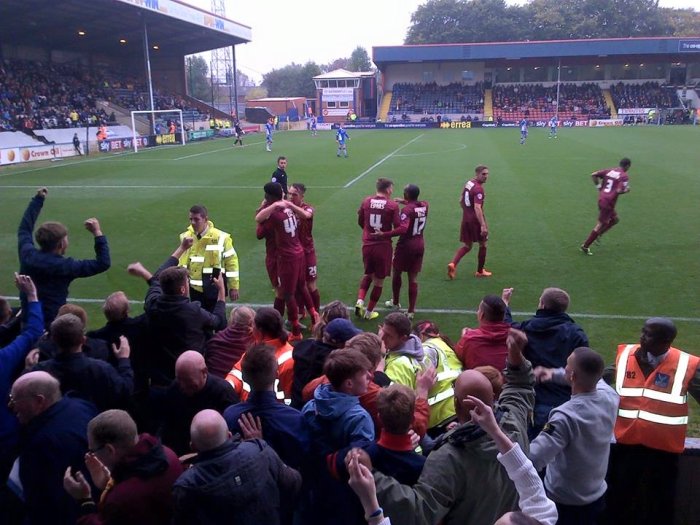 Up until the 67th minute on Saturday, it was all looking so good for Rochdale. 1-0 up at Oldham, and with play off rivals Millwall and Southend surprisingly losing, Dale were about to jump into the play offs with one game to go.

Alas, Peter Clarke’s equaliser for Oldham meant Rochdale lost two valuable points, and they go into the final round of fixtures in eighth place, two points behind sixth-placed Millwall. They have to beat the Bantams, and then hope other results go their way. It is a long shot, but stranger things have happened.

Even if Millwall and Southend earn victories, a final day win over City would ensure they at least equal their highest ever league finish. That underlines just what a good season it has been for Keith Hill’s men, who have the second lowest average attendance in League One.

Ian Henderson has led the line terrifically for Dale, and needs one more goal to hit the 20-mark for the campaign. Their second highest scorer is one Steve Davies. Last season’s Valley Parade super sub has enjoyed another good year, with 13 goals. Food for thought: that’s one more goal than City’s top scorer, Jordy Hiwula.

Rochdale have the second best home record in League One and have only lost three times at Spotland all season. Two-thirds of their entire points tally has been earned on home soil.

Reasons to be optimistic