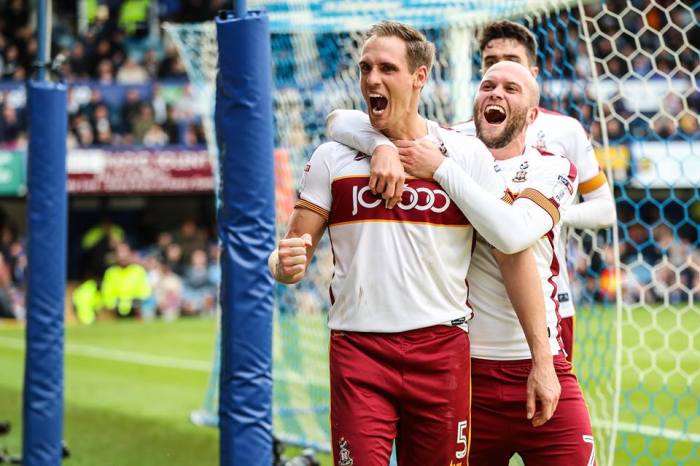 “Was it a good game?” – the standard question when you return from football. It’s simple isn’t it – “Yes” if you won, “No” if you lost. There might be a few more factors on the scale of enjoyability, but that’s the crux of it!

The major problem with being predominantly ‘away’ supporters is that we rarely see City win. In fact, our chat on the way to Fratton Park was entirely that: when did we last see City win? My oldest son (William), currently away in Melbourne, will undoubtedly correct me with the date, time, attendance, scorers, etc. but I think it was probably the League Two promotion season, either Aldershot or Oxford. An away draw can be as good as a win for us!

This season, we have very few away day possibilities. Crawley, Aldershot, Swindon, Bournemouth and Yeovil have all moved in different directions and so Oxford, where we saw City deservedly grab a point and maybe Bristol Rovers are the only real ‘away’ options. Oxford possibly summed up the ridiculous nature of the enjoyability scale. An exciting game between two excellent sides, but without that last second equaliser, the enjoyment factor would have ultimately been nil!

I have seen City win at Fratton Park though, when a Robbie Blake-inspired Bantams tore Pompey to shreds. It was a sign of the season ahead and so the hope is, that a good win today will propel City onwards and upwards in a similar vein. All teams have dips and so the last three games will hopefully be ours, ending on a beautiful cloudless afternoon on Portsea Island.

That last visit here was before any of my three boys were born and I was accompanied by a mate from work, who as a Southampton fan, supporting anybody but the ‘Skates’, was almost as pleased as me!

I have always been keen that my boys do not miss playing sport to watch sport, so the morning is a rush from Edward’s football match to James’ hockey match. Then we rush back to Salisbury and straight off to Portsmouth. An hour journey for me, so if they do lose, I can console myself that it won’t be as bad for me as it is for those that must haul themselves back to Bradford.

So 1pm and we’re off, Edward lost 6-1 and his team were awful, James lost 5-1 and his team were outplayed, so things can only get better (I hope). As usual Portsmouth traffic is very slow but with my wife (Huddersfield fan) dropping us off right outside the ground on her way to 90 mins shopping therapy at the excellent Gunwharf Quay, we are in the ground with 15 minutes to spare.

The ground hasn’t changed much, a bit smarter, presumably from the Premier League days with a roof on the away end but still very atmospheric. The opposite of Swindon, where all sound drains away from the ground, this is a proper ground and it might be an optical illusion, but the ground appears narrow.

City’s fans are excellent as usual, in full voice, with the only worry that we are going to run out of songs before the start! “Stuart, Stuart” – well, he’d have been playing of course the last time I was here.

The early exchanges see former Bantam Kyle Bennett very lively and dangerous. He creates a couple of great chances but doesn’t threaten the target with either. It’s nip and tuck for the whole half with Pompey probably just edging it. City look extremely dangerous from set pieces with “Da da da da da Romain Vincelot” going extremely close from one.

“We’ll sing on our own!” – well, we would hear them if we ever shut up! Pompey supporters are very passionate, and they create a great atmosphere, but it is not until the mid-stages of the second half that there is enough of a lull that we can hear the Pompey chimes for the first time. The lull has undoubtedly come due to the tension as both supporters realise that one moment is going to settle this. There has been one great chance each with Bennett rounding Doyle from a sloppy backpass before shooting haplessly wide and Charlie Wyke surprisingly not sticking a free header 10 yards out away.

Pompey appear the more likely, but the increased pressure has brought Alex Gilliead into the game with his pace on the break and it is from a crude trip on one of these that we get a free kick. Tony McMahon has had a feisty game, notably when he took an inordinate time to put his boot back on enraging the home faithful and when he was booked for what appeared to be dissent towards his own player, Jake Reeves. His second half delivery has been disappointing though, with all corners falling short. Maybe this is to do with a lack of room at the corner flag or the astro surround running right up to the edge of the grass. No excuse this time then!

James has just said we aren’t going to score today, a tactic I often use when I want to be proved wrong, but Edward pipes up at the free kick that we WILL score from this. I change my prediction at all other set-pieces from “Vincelot 1-0” to “Kilgallon 1-0”.

Kilgallon is awarded the freedom of the penalty area and the goal comes. It is a thing of fascination when you are right behind the ball and you can see it is going in and the keeper isn’t stopping it. Cue delirium in the City end! The City fans are back in voice and the last 10 minutes plus are brilliant to be in the crowd for.

Pompey keep the pressure on and Doyle appears to make an excellent save right at the death, but we are there, we’ve won, we’ve seen them win away!

I had been tempted to record the last few minutes of the game to send to William in Australia but that would be asking for an equaliser, so he’ll have to make do with two minutes of celebration coverage at the end.

The crawl out of the ground (1,000 people through a small alleyway) would be awful had we lost but in victory it is an entirely different experience.

The car on the way back is a happy place, where the classified scores are read by James and Edward with a huge cheer for the Portsmouth score. The singing continues!

10 minutes from Salisbury we stop for petrol and at the next pump is an old friend.