Home › Opinion › About the WOAP half season review

About the WOAP half season review 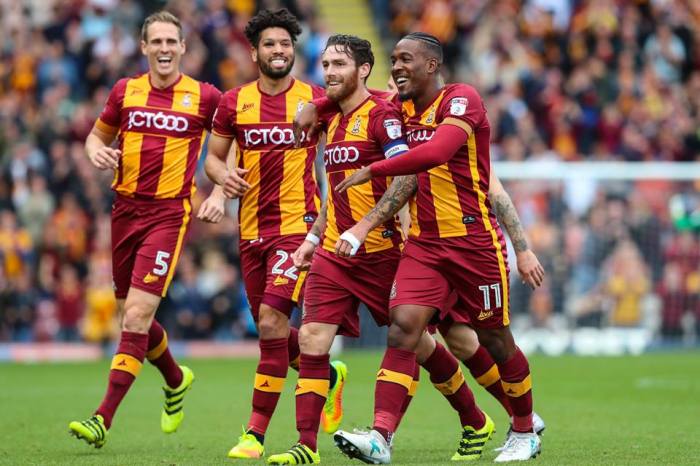 The conversation amongst the Width of a Post editorial team went in this direction. At around the half way stage of the 2017/18 season, should we produce a top five players of the season so far? Only after further discussion, to do so didn’t feel right. At a point in the season where some players can look back on a patchy campaign, is lauding the top five performers really the full story here?

It is the curious subplot to this season. With 22 games played, City are 4th in League One. This is a commendable achievement given the disruption of pre-season and the fact two of last season’s relegated Championship clubs – Wigan and Blackburn – have flexed their financial muscles and increasingly look set to run away with the two automatic promotion spots. Realistically, can anyone expect City to compete with that from their own, more modest financial position? To be up there with them is impressive. The Bantams also have the best away record in League One, which includes notable victories at Wigan, Shrewsbury, Portsmouth, Peterborough and Southend.

Yet still, it feels like City are capable of better displays than what they’ve delivered so far. Their expected goals for and against hints at results vastly exceeding performances. And when you look around the squad, there are plenty of players who haven’t quite produced to the level they are capable of, at least consistently. Stuart McCall is doing a great job once again, and City are in and amongst the promotion contenders. But you feel there is more to come from this squad.

So we talked about going through the squad and rating each individual. The OWL measurement system was mooted – I’ve never read or seen Harry Potter, so this was a new one to me – before we moved towards the traditional school report style grades of A, B, C, D etc. Yet even that didn’t feel right. Take Tyrell Robinson, who has been brilliant of late and become a fans’ favourite. Meanwhile Romain Vincelot’s form has slightly dipped. The temptation to give Robinson a better mark is strong, but in terms of overall contribution Vincelot has had a bigger impact. Grading players like a GCSE exam result, without lots of caveats, seemed unfair.

So we finally came up with a solution – a scatter graph. It allows us to not only rank each player by their achievements so far this season, but against our expectations of what they can deliver.

This has led to us building the following model. Click on the image to enlarge it.

A lot was expected of the player, but they’ve delivered performances to match.

The player wasn’t expected to feature much, but they’ve taken their opportunities and made a notable impact.

The player hasn’t delivered a great deal so far this season, but they weren’t expected to play a big part of things at this stage.

A lot was expected of the player, and they’ve not been able to deliver the performances to match so far.

Over a four-part series, we will analyse the players who have played for City over the first half of the season, ranking their accomplishments against what we expected from them.