Home › Opinion › Book review: Who We Are

Book review: Who We Are 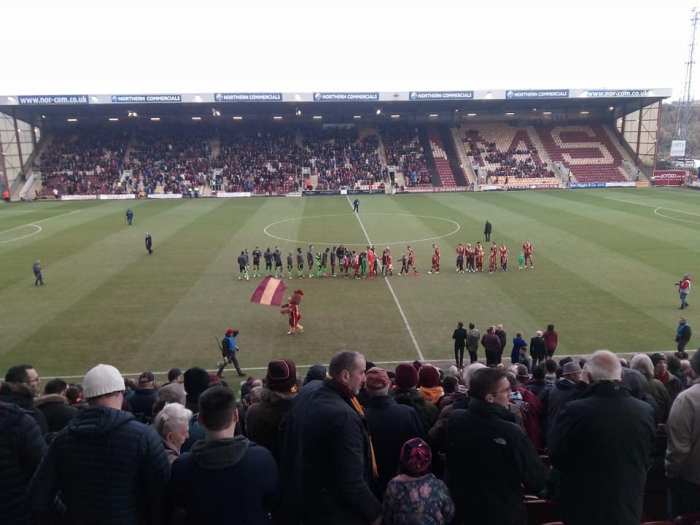 My dad first took me to Valley Parade in 1980, perching in the wooden main stand for a few games before moving into the Bradford End as the first era of Bantam Progressivism began to gather pace. I’ve been in love with the club ever since and feel lucky to have witnessed moments of magic I never thought I would.

Those moments are made even more special by having endured long stretches of tedium in between. If, when watching City lose 6-1 at Griffin Park in 1991, you’d told me that eight years later we’d be on our way to the top division I would never have believed you. The same applies for the desperation of a 1-0 defeat at home to Dagenham & Redbridge marking the end of Peter Jackson’s spell in charge being followed 18 months later by the utterly surreal experience of watching City walk out at Wembley in the League Cup final.

I have loved and supported the club for almost forty years now but never have I felt as disconnected from City as I did during the dismal reign of Edin Rahic. I renewed my season ticket this summer but decided at the end of August that I could not endorse the way that man ran our club and, with great sadness, stopped going to Valley Parade as my own small protest. I’ve enjoyed the previous bantamspast releases from Jason McKeown and John Dewhirst but, having bought the newest release, Jason’s ‘Who We Are’ it took me a little while to sum up the enthusiasm to dive in. I’m pleased now I did.

The book is Jason’s love letter to Bradford City and neatly weaves the story of Bradford the city and its sole Football League representative. The book kicks off in 1342 with the tale of the Bradford boar (the most aggressive of our various club badges and my favourite by a distance) before charting the history of the city and its premier football club. Each chapter spins a yarn with a combination of Bradfordian history and interviews with a range of City alumni, including Gary Jones, Danny Forrest, Terry Dolan, Matthew KiIgallon, Romain Vincelot, Paul Jewell, Ian Ormondroyd, Gordon Watson, Stuart McCall and Julian Rhodes.

Each of the interviews sheds new light on chapters of City’s history, with telling insights into Forrest’s struggle to break into the first team, Jones’ entirely reciprocated love at first sight relationship with City fans, Ormondroyd’s regret at not quite making it over the line in 1988 and Jewell’s need to manage upwards under the hands-on stewardship of Geoffrey Richmond.

Stuart McCall once again proves what a fine man he is by managing to talk in diplomatic terms about his relationship with a chairman who made Richmond look laid back and Gordon Watson’s account of his brief spell at Valley Parade is fantastic – for a man who played very few games for the club he packed in an awful lot of highs and lows.

Ultimately Jason tells the story of what is, statistically, a club that has probably underachieved over the course of its 115 year history but has, despite that, forged a tight bond between club and supporters. The bond had felt particularly strong during the 2012-17 era of Bantam Progressivism and I suspect that’s why so many fans have been deeply saddened by the way in which Rahic has almost completely undone all of the good work done in that period.

This story is essentially a manifesto for what we fans want Bradford City to represent – hard work, decency, community, affordability, inclusivity. Bradford as a city has endured and is still enduring a tough time and City have the ability to be one of the shining lights for the district. We’re never going to win the Premier League but the love we feel for the club means that if City stand for honest graft in front of a supportive crowd paying affordable prices then most of us will be happy with that. And the broader footballing world will probably pop an interested nose round the door as they did numerous times in the last six years.

If you want to read a blueprint of how the club should aspire to look then buy this book. 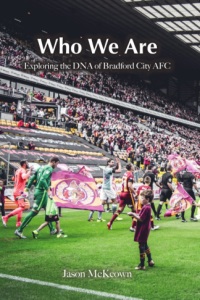 Who We Are is available to buy online at BantamsPast or Bantams Banter.

It can also be bought from Waterstones Bradford, Salts Mill, The Grove Bookshop in Ilkley and The Record Cafe on North Parade.

Like Loading...
‹ Rahic’s exit is a victory for collective rational argument. As a community we should be proud of standing up for our values
What happens next ›