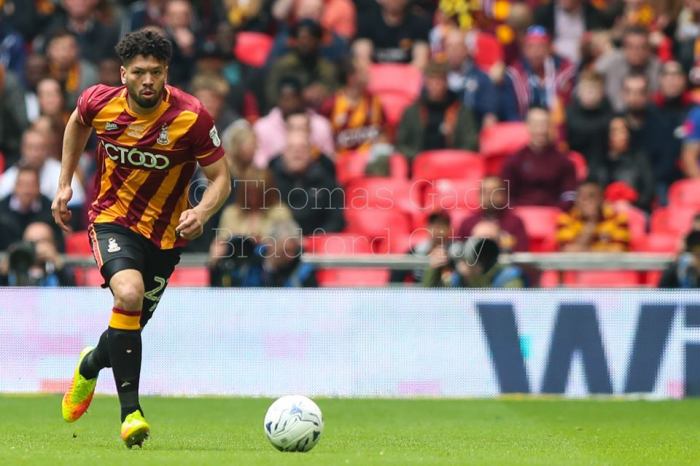 There was a curious build up of excitement and glee from many fans ahead of this week’s Bradford City retained list announcement. After such a poor season, supporters wanted to see heads on a spike. For underachieving players to be punished. And nothing less than a long list of departures would do. The news 11 out of contract players are being released went some way towards satisfying that anger.

But whilst some celebrate the lengthy list of departures, to me it all just seems very sad. The released list is effectively redundancy notices for footballers. A lot of this squad are now officially out of work. It had to happen, of course it did. What’s a real shame, though, is that it had to come to this. You’d rather these players were getting new contract offers as reward for good personal seasons, and for the club to be thriving. The consequences of failure are there for all to see.

It’s also not great business to have to make so many squad changes. We know from the era of 2006-2012 that summers of big clear-outs rarely work out well (ditto 2018). Large groups of released players were invariably replaced with a lengthy list of arrivals, only for the club to keep under-performing. During the Phil Parkinson glory years, the annual released list would be smaller in number. Players moved on when the time is right, usually as their powers were fading following previous strong performances. Parkinson was very good at evolving the squad and moving forwards.

That is where Bradford City must aspire to get to again. But clearly that can’t happen right now. And so we will see a summer of lengthy incomings to replace the outgoings (and we can expect more outgoings of contracted players now facing up to a relegation wage cut). The 2019/20 Bradford City squad will be very different. It must be a Year Zero moment, and recruitment must somehow settle down. The turnover of players over the past two years is simply too high.

There’s no major arguments with Gary Bowyer’s decisions over who to release and retain. Personally I’d like to have seen Paul Caddis stay. The Scot had a good season after signing in November, and played well. Crucially, his ability is matched by a strong character and work ethic that the squad as a whole is badly lacking. But with Bowyer clearly preferring Kelvin Mellor as his first choice right back, and the young Joe Riley on large wages that will make it difficult to shift him over the summer, the financial realities are that it’s difficult to afford Caddis as well.

With the other 10 players released, there are no surprises. The senior players have not done themselves justice over the past season. Even with a drop down a level, there would be serious doubts they could take the club forwards.

The most notable departures – Nat Knight-Percival and Adam Chicksen – best personify the underachievement. Knight-Percival, the club’s longest-serving player, began life at Valley Parade well in 2016/17, but endured a mid-season dip before a strong end to the Wembley season. The year after Knight-Percival had a good first half to 2017/18 before form fell off a cliff. This season was the opposite of his first year at the club – a bad start and ending, with a mini-revival in form during the middle part of the campaign.

It is a patchy three years in total. Knight-Percival was a player capable of strong performances, but lacks long-term consistency. This year, his powers have clearly begun to fade. There’s a few years left in him playing in League Two or the Conference, but he needs a change of scenery to get his career going again.

Edin Rahic was criticised in the local media for choosing to sign players who happened to have good games against Bradford City. To what extent this was a common occurrence is hard to know, but Adam Chicksen appears to be an obvious example. In December 2016, Charlton came to Valley Parade and Chicksen was awarded only his third league start for the Addicks. He was up against Mark Marshall, and had a terrific game against City’s player of the season. Rahic was clearly impressed.

And so in the summer of 2017, Chicksen was brought in to replace the long-serving James Meredith. For a player who had only once managed to play more than 30 games in a season prior to signing for the Bantams, it was asking a lot to expect Chicksen to fill the Aussie’s boots. And though he did well at times over 2017/18 – receiving an international call up to Zimbabwe – his form was dreadful this season.

For me, Chicksen is a major underachiever. On his day, he is a very good left back. A good tackler, happy to run with the ball and with a decent cross. His good days have been too rare. He is capable of better than what he has shown. And that’s what makes him so maddening to watch. If Chicksen was giving absolutely everything and falling short through ability, we’d be more forgiving. But it’s the fact he can’t or won’t match his potential with application.

Elsewhere, Billy Clarke’s departure is no great shock. Hindsight shows he wasn’t the player really needed in January, albeit an understandable eleventh-hour January window punt, when lacking other striker options. Clarke has had bad injury problems at Charlton that leave him lacking his sharpness. Perhaps, with a good pre-season behind him, Clarke can come back stronger next season. He should find a club with few issues.

No one expected Bowyer to keep the loaned out quartet of Alex Jones, Cameron Hawkes, Tom Clare and Callum Gunner. Jones has scored just once on loan at Cambridge, who have been amongst the worst sides in League Two. The young Hawkes has barely figured at Boston United. The Lincolnshire club did give Clare some game time to decent reviews – but it’s three divisions down. Gunner was brought to Valley Parade two years ago alongside Omari Patrick and Tyrell Robinson, but bad injuries curtailed his progress.

Calum Woods might have been worth a short-term deal, but his injury record makes it a gamble. There’s probably better value elsewhere. Ben Wilson hasn’t convinced in goal after getting his chance at the end of the season. Ryan McGowan has been missed in the dressing room, but apparently headed to Scotland for family reasons and can probably find a club North of the Border for next season.

It’s good to see Danny Devine get a new contract, but this is the moment he needs to kick on. He has unwittingly been victim of a Football League rule designed to aid him – that every club must have a homegrown player in the matchday squad. It means Devine has regularly been on the bench almost in token fashion, when he might have benefited from a loan move to the National League or League Two. Devine will be 22 in September. Now is the time he has to become a regular, or he risks failing to make a living in the game.

Luca Colville is three years younger and has more time on his side. His eye-catching goals at Macclesfield and Peterborough show there is some potential there. Expect him to figure more often next season.

Jermaine Anderson’s new deal is not a surprise but underwhelming to many. Although a different type of player, there’s a touch of Will Atkinson about him. In a squad of stronger characters, Anderson could kick on in the way Atkinson did over 2012/13.

Character is now the key element. It’s all very well demanding a mass clearout, but what really matters is who comes in. There’s no question that Bradford City have a weak dressing room. There’s no resilience or bravery. A lack of understanding or courage to play in a way Bradford City supporters expect. When the chips are down, this lot have gone hiding. As long as this keeps happening, City will never succeed.

So recruitment is as much about finding leaders as it is footballing ability. Bowyer has to bring in people who will set the standards in the dressing room. Demand the maximum out of themselves and everyone around them. Inspire others to achieve better. Relish the challenges of playing to a demanding Valley Parade crowd, rather than fearing it.

Of the 19 squad members still here for now (including Devine, Colville and Anderson, assuming they sign their deals), there is hope. Surround them with leaders and people with stronger character, and even these 19 players could yet thrive. In-contract players who we fans currently have no time for, right now, might actually prove themselves in a dressing room that simply will not tolerate players hiding.

We have a big advantage right now. As pathetic as it was to be relegated at Easter, the three teams joining us in going down to League Two have only just discovered their fate. Plymouth, Scunthorpe and Walsall all have uncertainty over who their manager is going to be, never mind which players to retain and recruit. And three of the four strongest remaining League Two teams that City will face next season are going through the play off battle, meaning they can’t turn attention to 2019/20 just yet.

So City have cleared the decks, have targets lined up and are rumoured to be likely to announce some new signings very soon. They have a head-start on planning, and in a year’s time that could be looked back upon as crucial.

But 2019/20 will not be defined by who City have released this week. It’s all about bringing in the right characters. Building that strong dressing room – that, just like under the Parkinson years, can take City a long way forwards.