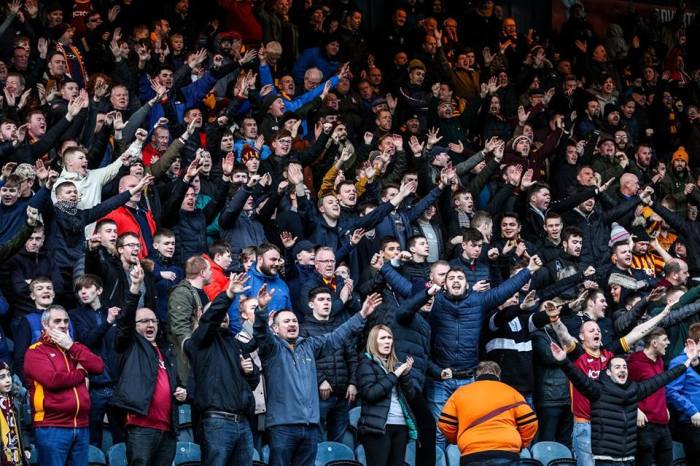 Are fans being taken advantage of? The cancelled games at Colchester and rearranged (twice) Macclesfield are examples which highlight the impact of such developments on the ordinary supporter. The way that these situations have been handled appears to be very poor. This includes all the clubs involved and the governing body, the EFL.

Looking at social media and indeed based on personal information, it appears that a number of City fans have been adversely affected by poor planning. Bradford City supporters bought tickets for Colchester United – this has included match and train, plus a number have booked hotels – only to be notified, a mere 10 days before the fixture, that it had been postponed. Now some of these costs may well be recoverable, but supporters are often in danger of losing considerable sums of money.

In respect of the Colchester game, many simply will not be able to make a midweek evening match, in the middle of winter which is a substantial distance away. There will be no trains back until the following day, and driving for about four and a half hours would mean getting home in the middle of the night. How on earth could young supporters, who potentially would miss two days of school, get to the game?

Surely when Colchester knew that there was a strong possibility that they would seek to cancel the game, due to international commitments of their players, they could have held onto tickets until the position became clear? It seems morally incumbent on any team in such a position that they should not put the tickets on sale until there was final clarification. If for whatever reason (commercial/revenue) they decide they cannot do this, there should be a clear written warning to any purchaser that the match could be postponed. In effect ‘caveat emptor’ (buyer beware)!

To ensure that there is an even-handed approach, the EFL could adopt specific rules which delayed the release of tickets until clarification was achieved, as to whether or not a match was due to be cancelled, due to three players or more being called away on international duty. Given the plethora of rules and regulations the EFL have, then this is something which they could do, a clear instruction would assist supporters in planning which games they can attend.

As such I believe that Bradford City should approach the EFL on this issue and that it is placed on the agenda for a forthcoming meeting of the EFL. Bradford City championing such a proposal would be seen as a demonstrable commitment to focusing on the welfare of its own supporters. It would assist if any minutes were released, so that supporters could understand what importance the EFL gave to the matter.

In regard to the Macclesfield game, the debacle of rearranging it for Tuesday 26th November, only to rearrange it once again, a mere six days later, to Saturday 30th November, is indicative of exceptionally poor planning and perhaps the needs of Macclesfield Town, superseding those of supporters.

I anticipate the new date will suit City, but they also have a ‘duty of care’, and need to think through the implications, before they agree to such changes. I understand a number of City supporters had returned their tickets, on the belief that the game would go ahead on a Tuesday evening, only to discover it had been moved to the Saturday. Apparently, some had even booked overnight accommodation in Macclesfield for the Tuesday match and will now struggle to get a refund.

Supporters are being treated poorly, arguably with contempt. This is not a (Bantams) Family friendly approach. If Bradford City demonstrate a tangible commitment, then it is demonstrable evidence that they are practically promoting the interests of supporters. Going the extra mile if you will.