Home › News › Vote for your Bradford City team of the decade

Vote for your Bradford City team of the decade 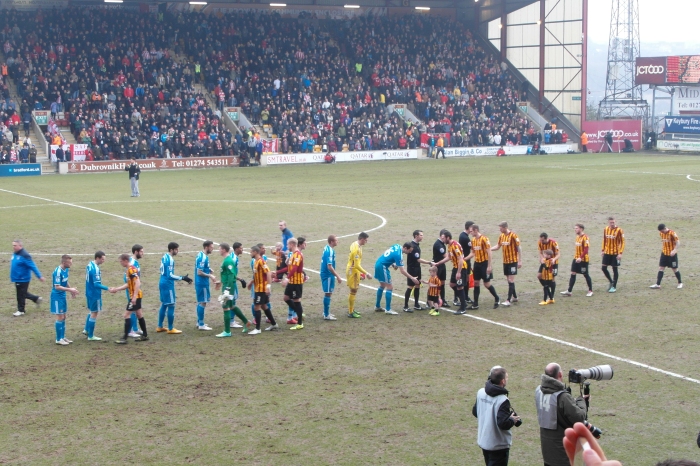 The 2010s come to an end in a few short weeks, and what a decade it has been for Bradford City.

From the lows of struggling to stay in the Football League to the highs of reaching a major cup final. The giant killings. Promotion at Wembley. Reaching the FA Cup quarter finals. Three play off campaigns. One relegation. Peter Taylor. Peter Jackson. Phil Parkinson. Stuart McCall. Michael Collins. The emergence of Nahki Wells. The passion of Gary Jones. The thrills of Mark Marshall. Beating Leeds United. Seeing off Edin Rahic.

To commemorate the past 10 years, WOAP needs your help selecting the Bradford City team of the decade. Myself, Tim Penfold and Alex Scott have come up with a shortlist for each position. Simply take a few minutes to pick each position of a 4-4-2 City team by completing our short survey.

A couple of players appear twice, as we felt they provided notable service in more than one position in the team.

It’s really quick and easy to do. And, before the end of the year, we’ll share the Bradford City team of the decade, as voted for by readers.

Like Loading...
‹ Boring, boring Bradford City
Friday Focus: Is 4-4-2 the answer for Bradford City, or do the issues run deeper? ›