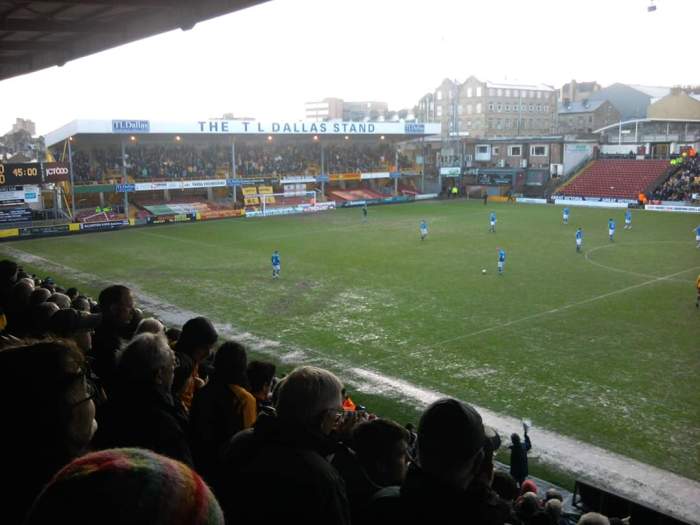 The turn of the decade in 2010 saw the Bantams languishing at the foot of the League Two table under former manager Peter Taylor. Before the somewhat recent famous successes against Chelsea, Northampton at Wembley and the unforgettable 2013 League Cup run, City went into a match against lowly Stockport County with relegation to the Conference an all-to-real threat.

As a young adolescent who had been frequenting the terraces of Valley Parade since the old Division One days of 2001/02, I vividly remember this season feeling the bleakest to date. The Bantams had started the season under Peter Taylor by winning just two out of ten League Two matches, losing in the second round of the League Cup along the way to Preston, which left the club slumped 23rd in the standings.

The losses were understandably hard to take but the style of play was the definition of ‘dark age’ football. A focus to bypass the midfield with long punts from the back was frequent and meant that City only scored four times in their opening ten matches in the league.

Even though the club would enjoy a brief revival on the pitch leading up to Christmas – which lifted Taylor’s men to 10th just after New Year’s – the club was struggling off the pitch. The fall-out from the former Premier League days was still clearly being felt around the club just nine years after relegation from the top flight of English football.

Peter Taylor and senior management were dealing with a shallow budget which left them relying heavily on loan signings in the January transfer window to try and cement Bradford’s mid-table obscurity.

The January transfer window that season didn’t go to plan.

Senior players Lee Hendrie and Zesh Rehman were released prior to the January transfer window, whilst ever-present winger Omar Daley was loaned to Rotherham in exchange for forward Kevin Ellison, a move that didn’t end up adding much going forwards for the Bantams. Further cracks were covered up with the loan signings of Mark Cullen from Hull, Scott Dobie from St Johnstone and the free transfer of Jon Worthington from Oldham Athletic.

The lack of leadership on the pitch was evident and the club’s form suffered drastically. Falling to 21st position by mid-February, manager Peter Taylor and the club parted ways soon after. Bizarrely, Taylor would remain in charge for one final match though, one of the most important in City’s recent history and one that is often forgotten amongst Bantams fans.

Off the pitch the club organised a ‘fan day’ for the upcoming fixture against bottom of the league Stockport County in the hope of gaining some much-needed extra cash and generating an atmospheric boost that the team desperately needed amid worrying performances. Club officials offered admission to the massive match-up for just £1 in an effort to get stay-away fans to return to Valley Parade. 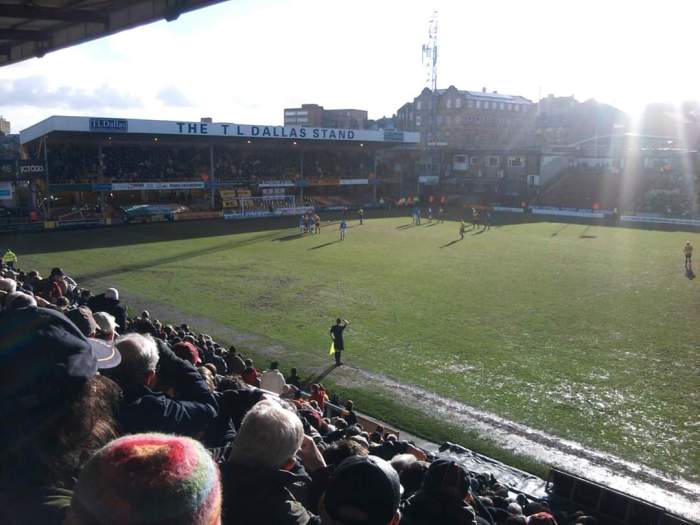 The plan worked and a strong crowd of 15,332, well above the average attendance for that season, turned up for what Julian Rhodes described as “one of the biggest in this club’s history”. Touted as a relegation six pointer by the local press in the build-up, a loss to second bottom Stockport could prove disastrous for the Bantams.

The game itself was an absolute rollercoaster from start to finish, it had a bit of everything. Red cards, saved penalties and a late winner. Well worth the quid you could say.

When Steve Williams headed home from a Michael Flynn delivery after just 14 minutes, it seemed a weight had been lifted from the shoulders of City. The first 20 minutes of play dominated by the home side as struggling Stockport had failed to gain a foot-hold in the game. Williams, a surprise acquisition from Bamber Bridge two seasons before, would be a key figure in the match.

Trying to bring the ball out from the back in the 27th minute, the centre back was robbed of possession by County’s Paul Turnbull who danced through the Bantams backline and coolly levelled the score with a side-footed finish. It was the perfect anecdote of City’s season so far under Taylor, big errors costing them dear when it mattered most.

The pace of the game didn’t slow heading towards the break. The scores even and the play open and attacking with both teams understanding the importance of the fixture, referee Trevor Kettle awarded the home side a penalty adjudging that County man Adam Griffin had handled on the line.

The defender was duly sent for an early shower in the 34th minute and James Hanson lined up the spot kick. It wasn’t to be, the spot kick was brilliantly turned away by former Bantam Matt Glennon and City paid the price soon after.

Williams was again at fault. Failing to keep the defensive line, James Wallace set Ryan Doble clear for the visitors, the later skipping past City ‘keeper Lenny Pidgeley to score his first senior goal. Stockport were up 2-1 and the City fans were not happy.

As referee Kettle blew for half-time, the dismay of the City faithful was audible. Boos ringing around Valley Parade. Something had to change in the second half, the bumper-crowd needed a lift. Taylor threw on strikers Gareth Evans and Jake Speight in response to make it four up top alongside Hanson and Ellison, the message was clear from the City manager. Shoot on sight and overload the Hatters defence.

Again the Bantams started the second half brightly with Speight hitting the woodwork from a deflected, long-distance drive as City barricaded the oppositions goal. In the 65th minute, County lost their discipline. Striker Doble was about to go from hero-to-zero as he elbowed defender Luke Oliver in the face in front of the dugouts and received his marching orders. Stockport were down to nine men and City needed to capitalise. 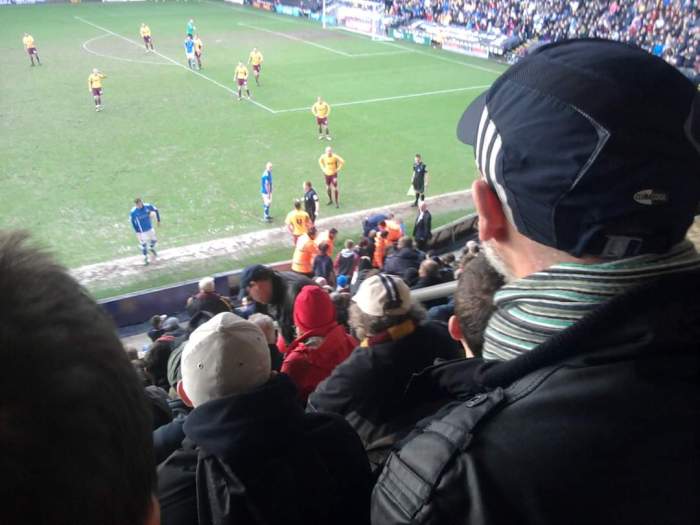 The breakthrough for City came in the 74th minute as Williams once again headed home from a set piece. The deep corner from Robbie Threlfall was kept alive by Hanson before David Syers teed up Williams who couldn’t miss from close range. As the home faithful roared, there was little celebration on the pitch as Williams and co charged back to the half way line to resume. Stockport could feel the pressure and City could taste blood.

With 93 minutes on the clock and despair building around the ground, it finally happened. Despite their best efforts to hang on, Stockport failed to clear their lines one last time with disastrous consequences.

The ball landed at the feet of left-back Luke O’Brien whose deflected effort in turn found its way to substitute Gareth Evans who made no mistake from close range. The elation in the home end was palpable as Evans wheeled away in celebration.

It was the perfect send off for Taylor and resulted in the Bantams going on to win three of their next four league matches, lifting themselves away from any real danger for the rest of the season.

For City the win is arguably one of the biggest in the club’s recent history, for Stockport the result was another nail in the coffin that led to their relegation to the Conference by the end of the season, a position that nine years on the Hatters are yet to return from.

The Manchester club’s recent plight highlights the very real danger that City faced that season. Relegation to the Conference would have likely pushed the club into liquidation. As Rhodes expressed before the game that day; “let’s not beat around the bush. The ambition for the season now is to survive as a league club. We don’t want to even contemplate the consequences if that doesn’t happen.”

Bradford City’s feat that season to starve off relegation became the first building block in the mighty rise that took the club onto the League One play-off final six years later and would see the side reach their famous League Cup final in 2013. The latter coming just two years after this momentous win against Stockport County.