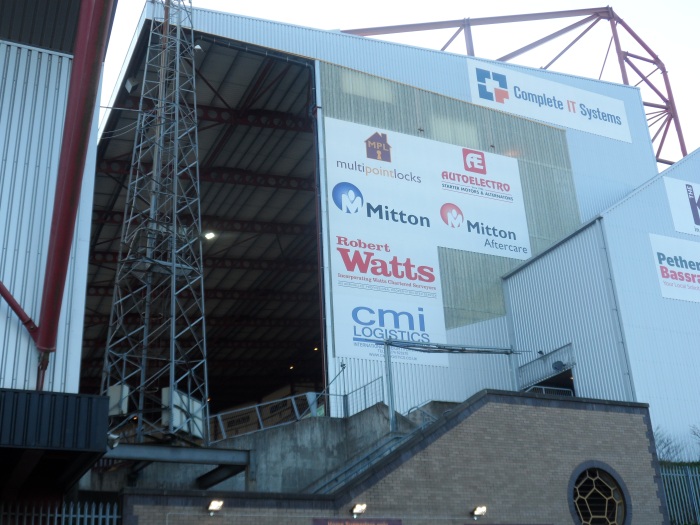 With 293 appearances for the Bantams, Paul Tomlinson has the proud distinction of having played more times for Bradford City than any other goalkeeper in the club’s history.

Costing just £47,000 when Terry Dolan signed him in June 1987, Tomlinson proved to be a bargain signing. He was 22 when he rocked up at Valley Parade from Sheffield United, and he became a mainstay in the side for the next eight years.

That included playing a key role in the famous 1987/88 nearly season. City so nearly made the top flight, playing some of the best football in the modern day history of the club. There was plenty of upheaval to follow, with managers, players and chairman coming and going, but Tomlinson’s ongoing presence between the sticks was a reassuring constant. He finally left after rejecting a new contract offer in 1995, only to never play league football again.

A reliable goalkeeper, who’s longevity at Valley Parade will probably never be repeated.

What a signing this was. During the 1996/97 season, Chris Kamara’s newly promoted Bradford City were struggling to stay up in Division One (now Championship), and needed steel in his often-overrun central midfield. Nigel Pepper, a mainstay at York City for seven years, was brought in for £100k. He would play a huge role in achieving survival.

Five goals in the Bantams’ final seven games went a long way to keeping City up – and ensuring Pepper a place in Bradford City folklore. That run included a vital winner in the penultimate game of the season, against Charlton, before he netted twice in a final day 3-0 win over QPR – the second a thunderbolt of a free kick – to confirm City’s Division One status.

And though Pepper never hit the same heights the season after, and would eventually leave when he lost his place to Stuart McCall in 1998/99, his tough-tackling, driving forward runs and powerful shot mean that he remains a cult hero.

During the eighties Bradford City were good at bringing through young players, and mainstay Mark Ellis was amongst the most memorable. Born in Bradford, Ellis joined the club at 15 and he made his first team debut in April 1981.

Over the rest of the decade, left winger Ellis was a regular fixture in the Bantams side. He made 218 appearances in all, helping the club to promotion from the Third Division in 1985 and so nearly making it up to the top flight in 1988.

One of the main reasons cited for City missing out on promotion that year was a knee injury Ellis sustained during the run-in that caused him to miss the rest of the season. It was the beginning of serious injury problems that would ultimately curtail his City career; as he left for Halifax in 1990, finishing his career in Cape Town.

A regular visitor at Valley Parade still, Ellis has continued to provide assists to his hometown club after playing an important role in James Hanson and Nahki Wells joining the Bantams.

He wasn’t at Valley Parade for long in truth, just 18 months, but such was the impact of David ‘Bronco’ Layne that his club record-breaking contribution is still recognised by fans nearly 60 years on.

Layne, a centre forward, joined the Bantams from Swindon in December 1960 for £6,000 – a club record fee at the time – and netted 10 goals in 22 games over the rest of the season. It wasn’t enough to save the Bantams from relegation to the Fourth Division. But Layne thrived even more the year after, scoring 34 goals over the 1961/62 campaign – a club record for most goals in a season, which still stands.

Such astonishing form put Layne on the radar of other clubs, and he was snapped up by top flight Sheffield Wednesday for £22,000 that summer. His goalscoring exploits continued, before he was embroiled in a match-fixing scandal and jailed for three months. A lifetime ban from the game was eventually overturned, but Layne was never quite the same player again.

Still, his 44 goals in 65 games for City is the stuff of legend.

Another of the Bradford City stars of the eighties, Leigh Palin was picked up from Nottingham Forest reserves in the summer of 1986, and over three seasons proved an influential midfielder in a side packed full of talent.

Whilst the young Palin was far from a guaranteed starter during his first couple of years at the club, he made a positive contribution during the nearly season, and became more of an established player once Stuart McCall and John Hendrie departed in the summer of 1988. In fact, Palin is best remembered for his superb headed goal in front of the Kop that clinched a famous 3-1 League Cup victory over Stuart McCall’s Everton in December 1988.

In all Palin played 94 times for City, netting 13 goals, before he moved on and played at Stoke, Hull, Rochdale and Burnley.

Josh Cullen’s arrival on loan in February 2016 breathed new life into a season that was in danger of fading. His debut away at Peterborough was arguably the best team display of the season and his calmness in possession at the base of midfield and ability to control a game ensured that City finished the season strongly.

Cullen’s return under Stuart McCall saw his game rise to new heights as he was given more freedom, and he inspired another run to the play offs. His signature chant may have been a little hyperbolic, but to us he was definitely better than Zidane.

Nobody really expected much from Donovan Ricketts when he made his debut. He’d spent the whole of 2004/05 sitting on the bench behind the impressive Paul Henderson, but got his chance once Henderson turned down a new deal.

On debut Ricketts’ was superb, and his huge long throw set up a counter-attack goal. He quickly established himself as first choice and a fans’ favourite due to his acrobatic saves and ability as a sweeper-keeper.

Ricketts’ later time at City was less successful – he lost form badly in 2007 – and work permit issues foiled both a move to QPR and eventually his City career. But he was possibly the most entertaining keeper we have had at Valley Parade. 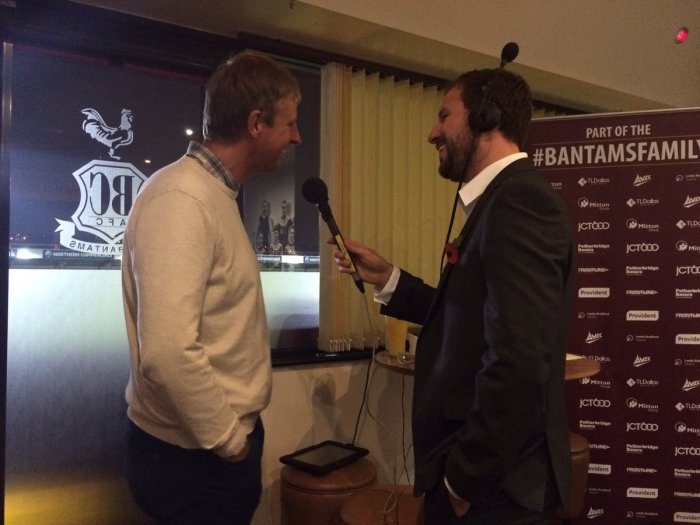 Ian “Big Stix” Ormondroyd had a meteoric rise. At 20-years-old, the towering centre forward was playing part-time for Thackley after a spell at Manningham Mills. By 24, Ormondroyd was playing top flight football for Aston Villa, helping the Midlands club finish second in the old First Division.

His rise was due to being spotted by Bradford City and impressing on trial. A first team debut came in November 1985 with the Bantams playing at Odsal in the aftermath of the fire disaster. Excellent on the wing as well as up front, Ormondroyd established himself under Terry Dolan and was a prominent part of the 1987/88 team – ranked by most long-time City fans as one of the best sides they’ve seen.

After spells in the top flight with Aston Villa, Derby and Leicester, Ormondroyd returned for a second spell in West Yorkshire in 1995, where this time he was part of a promotion-winning side. At Wembley in the play off final, he came on as sub and set up the second goal of City’s 2-0 victory over Notts County.

Ormondroyd remains a part of the Valley Parade scene with his excellent Football in the Community work that he’s performed for more than 20 years.

He didn’t have much pace left by the time he arrived at Valley Parade, and he had plenty of issues with injuries, but Peter Thorne made up for this by being an outstandingly intelligent footballer and a great finisher.

Thorne scored 23 goals in 2008, including eight in his first six games of 2008/09 as City raced to the top of the league. His goals generally came from finding space in the box and anticipating where the cross was going to come in for a tap-in, but he also scored some excellent technical finishes.

My only regret is that we didn’t see him at his best for longer.

In 2017, WOAP readers voted Peter Downsborough the fourth greatest goalkeeper in the history of Bradford City. He was signed from Swindon Town in 1974, five years after famously performing heroics in the Robins’ shock League Cup final victory over Arsenal. Downsborough was a mainstay over the next four years, making 225 appearances and keeping 70 clean sheets for the Bantams.

That was a period that included the famous FA Cup run to the quarter finals in 1976, and promotion to the third tier in 1977. Downsborough rarely missed a game and was a model of consistency, with a flair for saving penalties.