Home › Opinion › A Bradford City for all

A Bradford City for all 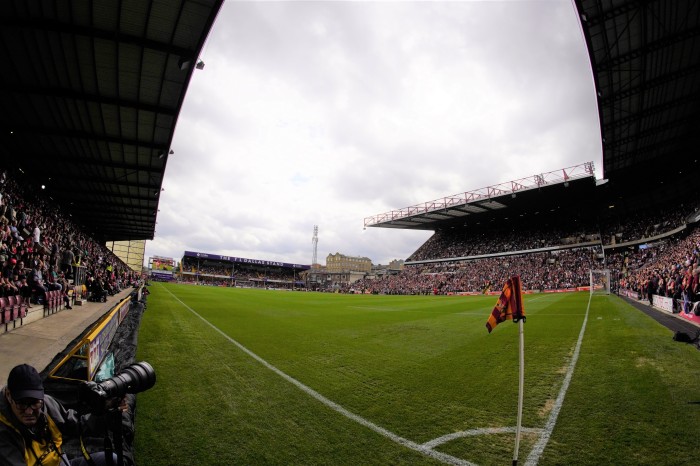 Bradford is a city on the up. A November study by PWC concluded it is the most improved place to live and work in the UK. There’s major progress on job growth, skill levels and quality of life. Unemployment had fallen from 10% in 2015 to 4.1% in 2018.

A welcome improvement, but Bradford still remains a troubled city. Hardship is widespread.

Bradford is ranked the 5th most income deprived local authority in England. 15% of households are in fuel poverty. One in five children are living below the poverty line. 39,700 working families receive some form of Working Tax Credit or Child Tax Credit. There was a 23% rise in the number people using the Bradford Food Bank between April 2018 and March 2019, compared to the 12 months before that. The city ranks 57th out of 59 on GCSE results. Crime rates are the highest in the region. Economic growth in the city is hampered by poor transport links, from gridlocked roads to a lack of a central railway station.

Against this backdrop of social and economic challenge, Bradford City’s decision to freeze season ticket prices for next year remains a noteworthy and commendable approach. The Bantams have become known for rock bottom prices. Next year’s season tickets will once again make City the cheapest Football League team to watch.

That’s something we supporters should be shouting loudly about. Affordable season tickets has its critics on social media and message boards, but the research I did as part of writing my book, Who We Are, found that most Bradford City fans are really proud of the approach. Since its inception in 2007, Bradford City’s fanbase has significantly grown. At its peak in 2017/18, they had three times the amount of season ticket holders as they had in 2006/07, the last year when prices were higher. Even with the recent downturn in the club’s fortunes, season ticket numbers have held up well. Demonstrating there is a resilience to the support numbers.

With City pushing for promotion, the season ticket freeze gives City the chance to further increase numbers again. If the club are smart and savvy with their marketing approach, they should be able to reach parts of Bradford who might have previously considered a season ticket at Valley Parade too expensive. They can target lapsed supporters, who drifted away when the Edin Rahic-led downfall began. There’s a huge opportunity to ramp up attendances next season.

In contrast, the rest of football continues its path of pushing out supporters through high ticket prices. Despite the introduction of a lucrative new TV deal this season, seven Premier League clubs increased their season ticket prices. Newcastle United – who are struggling to fill their stadium this season – pushed prices up to £600. Aston Villa and Sheffield United hiked up prices after promotion. A season ticket at Arsenal costs £891. West Ham are the cheapest, but it’s still a sizeable £320.

It isn’t especially cheap outside the Premier League either. Our local neighbours, Leeds United, charged at least £349 a season ticket for this season. Huddersfield Town’s were £249. Below City in the Conference, Halifax Town charge £199 and Harrogate Town charge £312 for standing and £342 for seating. Only Bradford Park Avenue’s amazing £100 season tickets can locally better what City are doing.

This season, Bradford City’s average attendance of 14,097 means only 56% of the capacity of Valley Parade is being regularly filled. It’s a little bit embarrassing, frankly, that we play to an empty Bradford End. Away fans have been moved to the Midland Road stand because the facilities are better than the Bradford End; but it means Valley Parade has effectively become a three-sided stadium. There’s also plenty of empty seats in the other stands that are being regularly unused.

This season ticket offer should give the club a new impetus to fill up the ground again. To turn empty seats into cheering fans. There’s a knock on effect too, with a boost to other commercial revenue such as merchandise, food and drink, that the club indirectly benefits from. A rise in attendances would help to restore the matchday experience back up to the amazing levels it reached between 2015 and 2017, when the place was absolutely rocking on a regular basis. It’s not quite been the same since, even this season.

There will of course be some supporters disappointed by the club’s announcement. In recent years, there’s a soundtrack of complaints that low season ticket prices hold the club back. Stopping it from having larger playing budgets, and bringing in supporters who aren’t as loyal or as dedicated as hardcore.

That is certainly a worthy argument to hear and consider. But the club have often pointed out that they encourage fans who can and want to pay more to do just that. If £150 for a season ticket is easily affordable to you, fantastic. And there’s no reason why we shouldn’t be challenging ourselves and each other to pay more for our season tickets, if we can afford to. That extra revenue could make all the difference.

But the idea that we should ramp up season ticket prices for everyone at this point is risky, especially with the club not yet fully healed from the scars of the recent past. It could price out some current fans, who can and want to pay for season tickets. And the club closes itself from people in Bradford who simply aren’t blessed with the financial resources to plough into a Saturday hobby. We are not a city of widespread wealth.

Giving more people the ability to watch Bradford City can only have long-term benefits for the club. An inclusive approach feels right for a city where thousands of its more hard-up residents struggle to catch a break.