The Colchester learning curve as Bradford City go to Essex 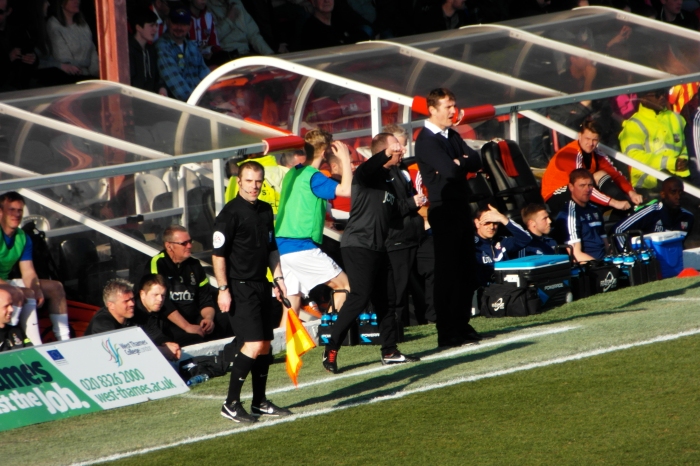 The subplot to this week is one of former managers returning their old stomping grounds. On Saturday Peter Taylor makes a first visit to Valley Parade since his departure three years ago; but first of all tonight, Phil Parkinson goes back to the club where he first made his name as a manager.

It is just over 11 years ago since Parkinson took charge of Colchester United. Two seasons later, the U’s were promoted to the second tier of English football for the first time in their history. Parkinson’s squad – which included notable players such as former City keeper Aidan Davison, Greg Halford, Neil Danns, Chris Iwelumo and on-loan Mark Yeates – would finish League One runners up, prospering on the lowest gates in the division.

Some achievement, yet rather than proving to be the Launchpad of a glittering managerial career, it became a false start for Parkinson. Don’t expect him to receive a warm welcome from his former supporters this evening, due to the the bitterness surrounding his shock resignation that quickly followed securing promotion.

Parkinson was persuaded to jump ship to the relative bright lights of Hull City, a development revealed a few days after he handed in his notice. He still had a year to run on his Colchester deal, and his former employees sought a high court injunction to prevent the-then 38-year-old taking charge at Hull, after rejecting their “modest” compensation offer. The Tigers admitted to making an approach for Parkinson whilst he was still employed at Layer Road. A Colchester statement at the time revealed they still hoped to keep Parkinson, “The decision to seek an injunction to prevent him tearing up his contract is in part a vain hope that he will change his mind.”

Eventually a £400,000 compensation package was agreed for Parkinson to move to the KC Stadium (Colchester wanted half a million). But less than six months later, a wretched start to life at Hull came to an end for Parkinson, who was sacked. His penultimate game in charge must have proven particularly painful – a 5-1 thrashing at Colchester.

People close to Parkinson have told me that he looks back his decision to leave Colchester as a major mistake, and the only time in his career where money had played a significant part in his decision-making. It was an episode that ran through his mind again in January 2013, when Bradford City chairman Mark Lawn informed him that Blackpool chairman Karl Oyston had made an official approach for his services. He declined even to talk to the Seasiders about the possibility of leaving Valley Parade. During all the protracted new contract talks this time a year ago, it was said that, rather than wage demands, progress were so slow because Parkinson wanted to ensure that his coaching staff were looked after at the same time.

So a lesson learned that has proven beneficial from Bradford City’s point of view. Yet you do wonder if the Bantams have still felt some of the negative effects of his Colchester defection, over the course of this season, given the challenge he missed out on trying to solve: acclimatising a club in a higher division.

The 2012/13 ‘We Made History’ success was the second promotion of Parkinson’s managerial career, and it means that this season has been the first where he has being in charge of a newly promoted club. 11 years as manager, but this was a step into the unknown. Perhaps the lack of experience of this situation is something that Parkinson will have keenly felt over recent months; and perhaps there are things that he would look to do differently if he could begin this season all over again.

Chiefly, was the dilemma he faced on whether to stay loyal to a group of high-achieving players, or begin the process of replacing them. It has been a common talking point – well documented on this website – that up until January at least Parkinson kept faith in what he had. For a time it looked a brilliant decision, as City began the season in flying form, but poor form since October has carried more than whiff of squad stagnation. The urgency to update and refresh his charges must have come around quicker than the manager originally anticipated, yet mid-season offered limited opportunities to evolve the squad.

Parkinson will also undoubtedly reflect on the new arrivals of last summer: were they designed to complement what he had, or enhance it? Perhaps he will look at how Manchester City – another club traditionally starved of success – failed to progress from their 2011/12 Premier League title victory to weakly hand the title back to their neighbours a year after. A familiar story of a manager sticking with what he had: making filler signings instead of Stella.

Parkinson has built two excellent football teams – Colchester 2006 and Bradford City 2013 – but this is the first time he’s been tasked with improving on his achievements. This season hasn’t been a roaring success – at least when judging form since October – but the glass-half-full viewpoint is to hope and believe that Parkinson will be a better manager from making these mistakes and learning the lessons. And there is no doubt that he has previously shown that he knows how to rebuild a broken team. 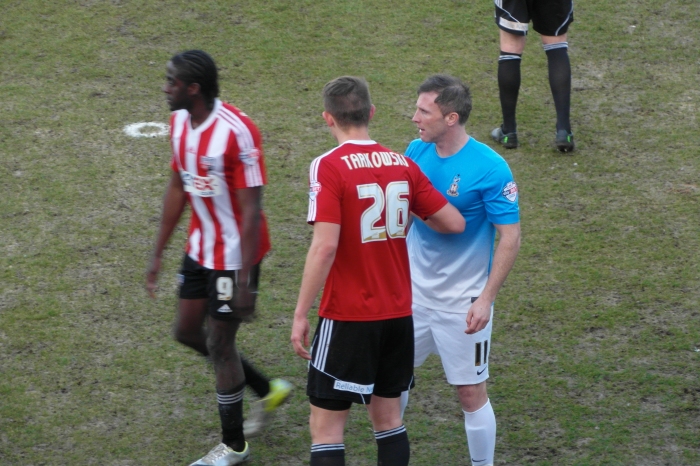 Before he can apply that experience to this squad, however, there is still work to be done. 12 games of the season to play, and realistically City need to pick up another 10-12 points to guarantee their League One status. There is an obvious urgency to reach this tally as soon as possible, and on the immediate horizon are four winnable-looking games: Colchester and Gillingham this week, followed by a trip to struggles Shrewsbury and visit of Walsall.

With a busy month of March ending with another visit to the Capital – this time facing top two contenders Leyton Orient – a reasonable aim must be to pick up at least two victories from these four games.

Tonight would certainly be a good start. Prior to Colchester’s Saturday 2-1 victory over another free-falling League One side, Coventry, they stood just one place above the bottom four. That a home victory tonight would place them above the Bantams is an illustration of how tight the situation remains at the bottom – and would no doubt prompt more angst and panic in this corner of West Yorkshire. Parkinson badly needs a happy return to his first managerial outpost.

And his chances of doing so would be helped considerably if Andrew Davies and James Hanson were to prove their fitness, after the pair sat out the 2-0 defeat to Brentford. With Aaron Mclean’s ongoing struggles (something Width of a Post plans to cover in more detail later this week), greater responsibility weighs upon Hanson’s shoulders, but he has relished it rather than wilted.

Davies is equally influential, and the rest of the back four seem to find an extra 5-10% in themselves when he is marshalling them. Matthew Bates came in for Davies at Brentford, but his stock amongst supporters continues to decline. If recent loan signing Adam Drury (apparently heavily criticised by some City fans for his Leeds connections. Really? Are we that petty?) is fit enough and Davies doesn’t make it, there is the option to move Carl McHugh to centre half. Either way, thank goodness for the ongoing reliability of Stephen Darby and, to a lesser extent, Rory McArdle – both write their own names on the team sheet right now.

In midfield, Parkinson’s decision to line up with five at Griffin Park failed to yield the point he must have been hoping for as a minimum; but if Hanson is back we can probably expect a return to 4-4-2. For the first time in the league this season, Gary Jones could miss out (virus). Chris Atkinson, Nathan Doyle and Matty Dolan – who was not on the bench on Saturday – fight for the central midfield positions. Dolan’s lack of game time to date is a surprise given the original plan had been to sign him on a permanent basis in January. Perhaps he was held back for tonight.

On the flanks will be Adam Reach and one of Kyle Bennett and Garry Thompson. Bennett has hardly set the world alight since rocking up from Doncaster, but has shown glimpses of promise. Thompson has of late looked a better impact sub than starter.

For Colchester, their 2-1 Coventry success was their first victory in seven matches, and they find themselves in a similar situation to the Bantams of being too far from the play offs to take any keen interest, and so instead focused upon avoiding going into the final few games with serious relegation concerns. Parkinson has spoken of this season’s League One being the toughest he has seen and I would agree with that judgement, but there a number of teams in the middle who are a much of muchness, striving for a nice boring end to the campaign.

The victors tonight can certainly feel more confident of planning for another season in this division, but for the losers there is a worry about the queue of clubs behind who are slowly but surely catching up. Therefore tonight is something of a pressure game, in order to avoid facing real pressure come May.